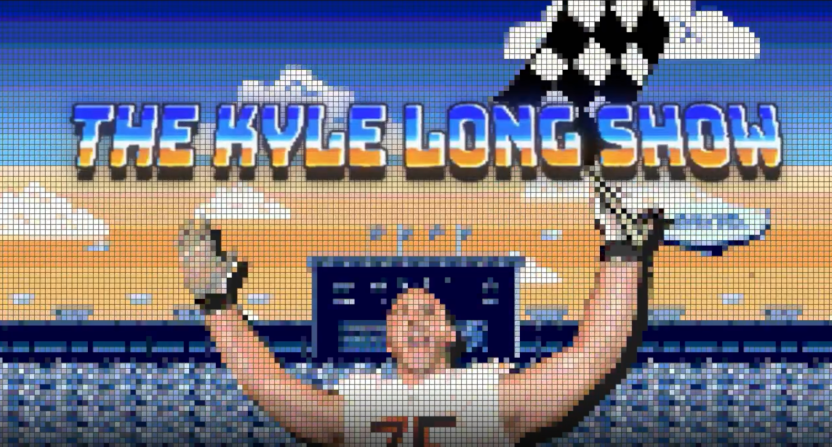 Former Chicago Bears’ offensive lineman Kyle Long is continuing his push into the media world, but in an unusual way. Long (who retired in January after seven seasons with the Bears, including three straight Pro Bowl selections from 2013-15) recently joined CBS Sports Network’s That Other Pregame Show, a logical move for a prominent former NFL player. But in addition to that, he’s now doing a digital weekly The Kyle Long Show with NASCAR.

The new show will debut Wednesday at 5:30 p.m. Eastern on NASCAR’s YouTube channel, with Long and Paul Swan (tire changer for the #3 Richard Childress Racing Chevrolet) as co-hosts. Kyle’s dad Howie (the Fox NFL Sunday panelist) will make a guest appearance on the first episode, and other high-profile guests are in the works as well. Here’s a teaser for the show that NASCAR rolled out Friday:

The @Ky1eLong Show premieres exclusively on the #NASCAR @YouTube channel next week!

New episodes will debut each Wednesday at 5:30 p.m. Eastern, and they’ll feature Long and Swan in conversation with NASCAR figures, figures from other sports (including esports), and figures from the world of entertainment and pop culture. And they won’t just be talking about NASCAR; as per a release, this is going to cover other sports, esports, and pop culture as well.

This is an interesting idea. Most people wouldn’t necessarily expect Long to be hosting a show with NASCAR, with even a release on this describing him as a “new, but big fan” of NASCAR. But this fits with NASCAR’s recent efforts to reach out to younger people who aren’t already immersed in the racing world. And Long would seem to have some good perspective there.

First, Long is only 31, so he himself is in that younger demographic. And he’s quite into esports, and owns the Mode Motorsports iRacing team. Fox’s iRacing broadcasts earlier this year proved to be some of the most popular esports telecasts to date (helped by the decision to have actual NASCAR drivers compete there while on-track racing was shut down due to COVID-19 restrictions), so maybe Long can bring some insight from that side. His credentials there help with his credibility to fans of that world, and maybe this show can help him draw more fans into iRacing as well.

But beyond that, Long’s status as a newer NASCAR fan may actually be helpful. That may make this show seem more appealing for those who are just getting into the sport, or for those who haven’t really checked it out before. And having a NASCAR veteran like Swan as his co-host should provide some good balance there, bringing some insight into NASCAR topics from an experienced perspective.

It’s also notable to see NASCAR launching a show that won’t be entirely focused on NASCAR. And while that might seem a little strange at first, there seems to be some logic to it. For one, talking to NASCAR figures about their other interests may help get people more interested in them, and there are some good stories there from these guys. (For example, Ryan Blaney’s given some great interviews about his love of Star Wars, and he’s also guest-starred on the Magnum P.I. reboot.) For another, making this a show that will touch on NASCAR but not be exclusively about NASCAR may help it have a wider appeal, and there will still be some NASCAR discussion and mentions, maybe putting NASCAR more on the radar for viewers. We’ll see how it all plays out, but it’s definitely interesting to see NASCAR and Long trying this.