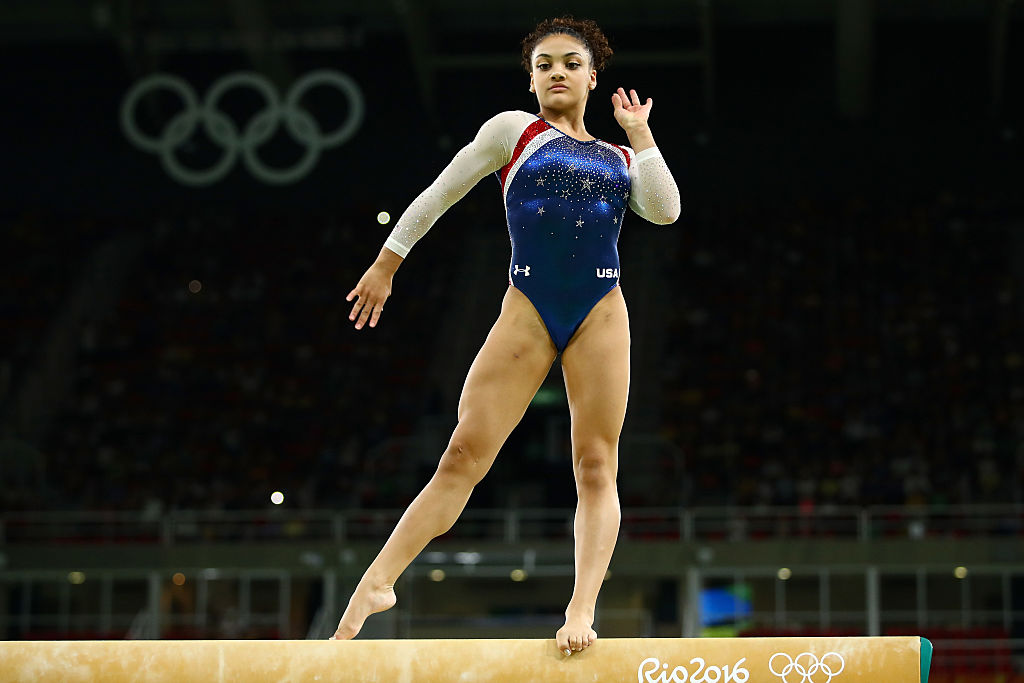 The contestants for the upcoming season of Dancing with the Stars were officially revealed Tuesday. And you know what that means – DWTS odds!

Yes, the good folks over at Bovada allow you to bet on each of the contestants competing in the 23rd season of the ABC show. U.S. gymnast and Final Five gold medalist Laurie Hernandez is the early pick to win the competition at +350.

Here is the list off all of the candidates and their odds of winning:

Quickly glancing at this list, Hernandez seems to be the logical choice as the favorite, and Perry should be at the bottom. The transition from gymnastics to dancing doesn’t seem to be a great one, especially based on the fact that some dancing ability is needed when performing the floor routine. Plus, gymnasts seem to do pretty well on the show. Former U.S. gymnast Shawn Johnson won season eight.

When it comes to Perry, he looks like he has the moves of a dad whose only dance moves are the running man and Macarena. It will be a miracle if he can even get past the first round of cuts.

As for the rest of the list, it seems pretty accurate, at least for the celebrities I actually recognize on this list. The only surprise to me was Johnson not being higher. Football players seem to have some success on the show. Three football players — Emmitt Smith, Donald Driver, and Hines Ward — have won previously, while three more – Jerry Rice, Jason Taylor, and Warren Sapp – were runners up.

The most intriguing person on this list, however, has to be Lochte. No. 1, he is the most popular figure among the contestants. Coming into this, you have to imagine that Lochte’s only dance experience is fist pumping at frat parties when he was at Florida. If he does have some ability, however, I’d imagine ratings will improve mightily.