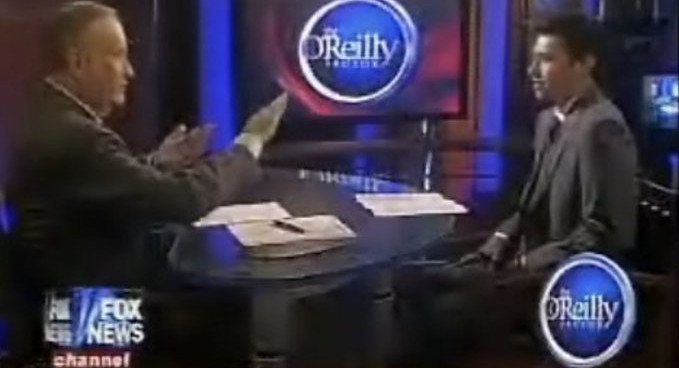 Pablo Torre has been featured on a long list of sports shows throughout his tenure at ESPN, including his own, High Noon with Bomani Jones. But you may not have realized his TV career started from an appearance on Fox News with Bill O’Reilly.

Torre joined Bryan Curtis of The Ringer to discuss his career in sports media, which began as a fact-checker with Sports Illustrated.

“The first TV I ever did was The O’Reilly Factor,” Torre told Curtis on The Press Box podcast. “Bill O’Reilly, you may have heard of him…I was at Sports Illustrated, this was the first TV I did that sort of laid the groundwork for everything we talked about before.”

According to Torre, the appearance occurred during the 2008 Beijing Olympics, at the height of Michael Phelps’ dominance in swimming. With most of Sports Illustrated’s staff in China for the Summer Games, the opportunity to join O’Reilly’s Fox News show was presented to the publication’s fact-checker.

“A knock on the door comes, it’s the PR person at Sports Illustrated,” Torre recalled. “And she very sheepishly is like, ‘So, The O’Reilly Factor wants to talk about Michael Phelps with someone from Sports Illustrated.’ She sort of looks around, gestures at the empty hallways, it’s all dark and she’s like, ‘Are you available tonight?’ I had done debate in high school…and intuitively I was like, ‘Yes.’

I've been asked for proof of the story I told on @thepressboxpod, about the first time I ever went on television. WE DID IT LIVE: pic.twitter.com/9sYHUcqa1x

“And the first lesson I learned while watching back my appearance with Bill O’Reilly on The O’Reilly Factor, in which Bill O’Reilly almost entirely just lectured at me about his high school swimming career on Long Island, which is why he wanted to talk about Michael Phelps with anybody, literally anybody, including me, random 25-year-old, was because I was there to be his audience. And I realized, the first thing was I need to improve my listening face,” Torre continued. “I need to nod. I look like I am being held hostage myself, I look terrified. I need to do the theater, I need to do the performance of nodding. And I never forgot that ever since.”

I admittedly did not watch Torre’s 2008 appearance on The O’Reilly Factor, so it’s hard to gauge how badly he needed to improve his listening face. But talk about getting thrown into the deep end for your first TV appearance. Regardless of your ability to perform as a sports talker, it’s difficult to assume someone can naturally smile and nod while sitting across from O’Reilly as he pushes Phelps aside to lecture about his own swimming career.

Torre later touted Stephen A. Smith’s ability to appear engaged on TV, which only accentuated the challenge he must have faced with O’Reilly. It’s one thing to expressively respond to a screaming Stephen A. Smith on First Take, it’s another to look engaged as a boastful Bill O’Reilly compares his nearly half-century old high school swimming career to Michael Phelps’ eight gold medals during the 2008 Olympics.

[The Press Box on Apple Podcasts; image via Pablo Torre on Twitter]