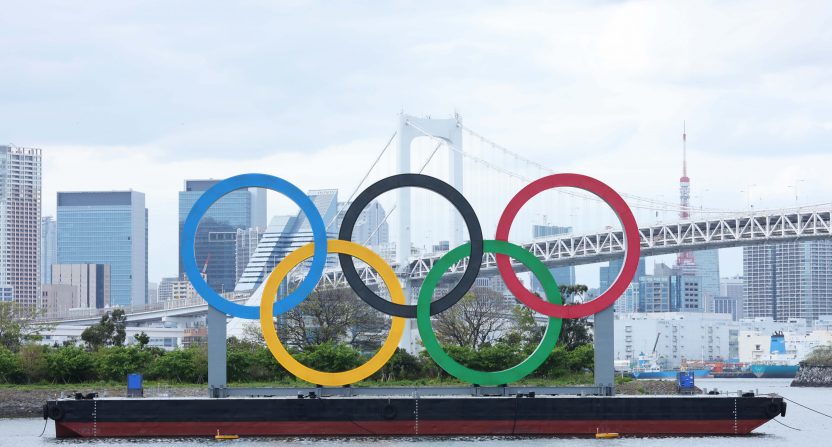 The 2020 Tokyo Olympics have obviously been delayed into 2021, but now, with some events just days away from their scheduled start, new developments could rule out a 2021 version as well.

This Reuters report has the details, as organizers face a backlash from the Japanese public and Covid cases begin to pile up in the Olympic Village bubble, which some say isn’t nearly secure enough.

The chief of the Tokyo 2020 organizing committee on Tuesday did not rule out a last-minute cancellation of the Olympics, as more athletes tested positive for COVID-19 and major sponsors ditched plans to attend Friday’s opening ceremony.

Asked at a news conference whether the global sporting showpiece might still be canceled, Toshiro Muto said he would keep an eye on infection numbers and liaise with other organizers if necessary.

“We can’t predict what will happen with the number of coronavirus cases. So we will continue discussions if there is a spike in cases,” Muto said.

“We have agreed that based on the coronavirus situation, we will convene five-party talks again. At this point, the coronavirus cases may rise or fall, so we will think about what we should do when the situation arises.”

The Olympics are already being held without spectators. Major Japanese sponsors are pulling ads rather than be associated with the games. Foreign media are supposedly being monitored via GPS tracking to try and reduce movement. But there are only so many things organizers can do here, and at a certain point it becomes a fair question whether they should really continue. If cancellation wasn’t possible it’s hard to imagine the committee chief coming out and saying it was, a few days before the Opening Ceremony.

That piece notes that some of the games set to begin before the ceremony are already being affected:

The first major test of how an Olympics can be held in the midst of a pandemic may well come in the men’s soccer tournament, when Japan faces a South Africa side that could struggle to field 11 players due to the coronavirus.

And then there was this, from the committee president:

Organizing committee president Hashimoto said members of the public were concerned “because they feel that the current situation appears to show that the playbooks that were meant to guarantee security is not providing a sense of safety.”

Obviously cancelling now would be much worse than, say, having just scrapped the entire thing last year. Networks and sponsors have paid out and spent time and money preparing for this; some media and athletes are already in Japan, obviously. (This isn’t meant to be glib, but seeing how NBC would fill their unexpected open weeks of primetime space would admittedly be fascinating.)

If forced to speculate: pure momentum would suggest that at this point they’re just going to go ahead with everything as planned and try to get through it. These comments can be taken as a reassurance that all options are on the table, whether they truly are or not. But what a call to have to make now.