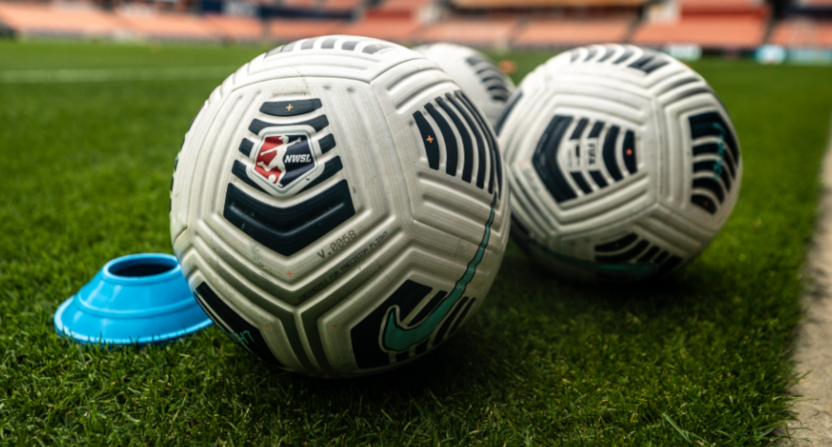 An investigation from Meg Linehan and Katie Strang published by The Athletic Thursday covered allegations of sexual coercion against NWSL coach Paul Riley across multiple teams and leagues beginning in 2011. That led to Riley being fired from the North Carolina Courage and to league commissioner Lisa Baird issuing a “I was shocked and disgusted to read the new allegations” statement. But that statement, and the wider story here, sparked a lot of protest from a lot of players. And those protests have now led to this weekend’s NWSL matches being called off.

Part of the issue there was the “shocked and disgusted” statement. That contrasted with the story’s extensive coverage of how these allegations had previously been brought to team and league executives, including Baird. And Orlando Pride player Alex Morgan in particular (who organized a March effort that saw 240 players sign a letter to Baird asking for assurances on safe and inclusive workplaces)  included emails back and forth from Baird to one affected player in March and April in a Twitter thread.

Another part of the issue is that Riley is far from the only NWSL coach or executive to come under fire for bad behavior in the past three months. A Molly Hensley-Clancy piece in The Washington Post Thursday revealed that OL Reign coach Farid Benstiti’s July resignation came after complaints of verbal abuse and inappropriate remarks from players, while Washington Spirit coach Richie Burke was fired by the league this week following Post investigations into claims of verbal abuse against him and other organization figures, and the whole Spirit organization was removed from participating in NWSL governance this week after a league-commissioned investigation into them. (They also forfeited two matches this past month over violations of league COVID-19 protocols.)

Elsewhere, Gotham FC general manager Alyse LaHue was fired in July for violations of the league’s anti-harassment policy, and Racing Louisville FC fired head coach Christy Holly at the start of September for reasons that still haven’t been spelled out. The sum total here has led to players absolutely lighting the league up, from Meghan Klingenberg’s “Get it the fuck together, NWSL” to Megan Rapinoe’s “Burn it all down. Let their heads roll.” And that led to the league eventually calling off this weekend’s games, and doing so with a statement from Baird that took more responsibility than her previous statement. Here’s that statement in full:

The National Women’s Soccer League announced today that given the gravity of the events of the last week, matches scheduled for this weekend will not occur.

NWSL Commissioner Lisa Baird said, “This week, and much of this season, has been incredibly traumatic for our players and staff, and I take full responsibility for the role I have played. I am so sorry for the pain so many are feeling. Recognizing that trauma, we have decided not to take the field this weekend to give everyone some space to reflect. Business as usual isn’t our concern right now. Our entire league has a great deal of healing to do, and our players deserve so much better. We have made this decision in collaboration with our players association and this pause will be the first step as we collectively work to transform the culture of this league, something that is long overdue.”

There were five matches scheduled for this weekend, two (North Carolina Courage-Washington Spirit and Racing Louisville-Gotham FC) for Friday night and three (Chicago Red Stars-Orlando Pride, Kansas City-Houston Dash, Portland Thorns-OL Reign) scheduled for Saturday. The Louisville-Gotham and Chicago-Orlando games were set to be streamed on Twitch, with the others set for Paramount+.

The bigger question may be what will happen next. The next matches scheduled after this weekend are on Wednesday, October 6, so there are questions about if the league can implement reforms quickly enough to win back the confidence of its players and get back to playing by then. Beyond that, the league’s regular season runs through October 31. That’s not a lot of time to make up the matches that were called off this weekend (and it’s notable that that statement doesn’t come with an answer on if these matches are postponed or cancelled). It’s possible the league could tack on matches after that Oct. 31 date and maybe bump the playoffs slightly back (they’re currently set to start Nov. 6), but there won’t be an easy solution there.

Beyond that, though, it’s far from clear that this league can get back on track in any shape or form, especially with Baird still in charge. What’s particularly notable about The Athletic’s story here is how much evidence it provides that Baird and other league executives were aware of many of the complaints against Riley for a long time. And while there may be debates over the specifics of exactly what Baird knew when, any defense from her gets much weaker when presented with those emails Morgan screencapped about what Baird was told earlier this year and the lackluster response she provided.

For Baird to then come out with a “shocked and disgusted” statement when those allegations hit the media months later is pretty weak. And that helps explain why players are giving “Burn it all down” responses. We’ll see if Baird and other current NWSL executives can somehow survive this, or if there winds up being the kind of wholesale change many players are calling for.