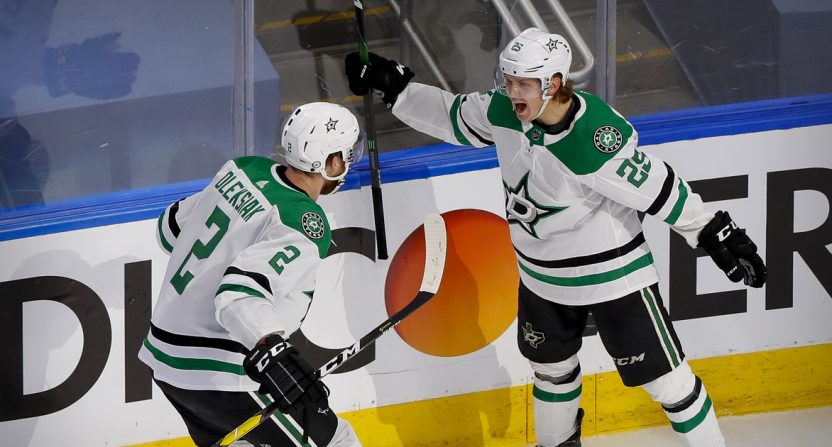 It’s been a hot minute since we’ve shared a Finnish call with our readers, so Joel Kiviranta’s series winning goal for the Dallas Stars on Friday provides us with a great opportunity to give the Finns some love. Here’s the Finnish call of Kiviranta’s dramatic overtime winner.

I’m sorry, but I cannot translate this. I’m not fluent in Finnish.

Kiviranta’s goal, which finished off a hat trick, sends the Stars to the Western Conference Final, where they’ll face the winner of Friday night’s Game 7 between the Vancouver Canucks and Vegas Golden Knights. Before Friday, the 24-year old had just one NHL goal in 13 career games (including two in the playoff bubble this year). Now, he’s a hero in Dallas, helping the Stars to their first Western Conference Final since the 2007-08 season.

If he keeps playing like this, maybe we’ll be posting another Finnish call sooner rather than later.