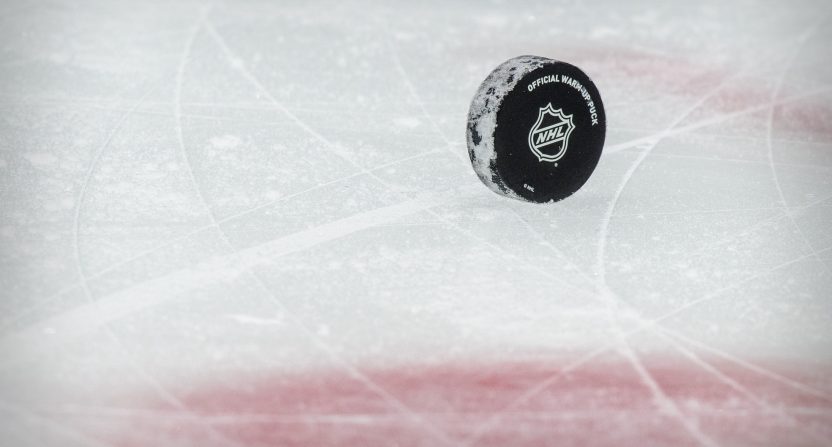 The NHL and ESPN didn’t waste any time announcing their new TV deal, a day after Sportsnet reported an agreement had been reached.

Here are the major takeaways from ESPN’s release, including news on the playoffs, exclusive games, and streaming.

Whew. So that’s a lot to unpack.

Deeper in the release, there’s this note about other coverage.

“including a new weekly studio show during the NHL season on ABC, ESPN or ESPN2.”

Given that the show is weekly, it probably won’t be NHL 2Night, but as long as we’re hearing some of that sweet NHL on ESPN music, it’ll do.

The playoff stuff also sounds like it will alternate by conference each year, given the phrasing.

Additionally, in each season of the agreement, ESPN and ABC will have live, exclusive coverage of one Conference Final series and half of all First Round and Second Round games from the Stanley Cup Playoffs.

It would be asinine to lock each network into one conference for the life of the deal, or dish out series on a seemingly random basis each year.

The “75 live games on Hulu!” thing is going to get a lot of play, but more than anything, it seems like this is really “75 live games on ESPN+ that will also be available on Hulu through ESPN+ integration.” Today is the day that ESPN+ has been integrated into Hulu, so it would seemingly be easy to have those NHL games on ESPN+ available on Hulu as some sort of “free preview!” type deal, as we sometimes see with premium add-ons from HBO, Showtime, etc. Anyway, this seems all well and fine for the NHL, but how well and fine it is depends on the NHL’s other, still to be announced TV deal. If the cable/broadcast component is similar to the league’s current deal with NBC, the streaming games should be considered a nice bonus. If there are fewer, than some people will clearly be upset.

As for the death of NHL.tv, there’s not much I haven’t said already. ESPN+ is a better overall value (I hate to keep harping on that talking point, but it’s true) than NHL.tv alone (currently, $69.99 for the season, compared to $59.99 for a full year of ESPN+), and will probably provide a better user experience than the much-maligned NHL.tv. I think this also will have the ability to draw more hockey fans to the product, people (like myself) who have a subscription to ESPN+ and an interest in hockey, but no real desire to subscribe to an NHL-only streaming product.

All in all, this seems like the wide-ranging, multi-platform TV deal the NHL was looking for. If the presumed NBC TV deal contains a similar amount of games on broadcast and cable, and maybe some on streaming (Peacock?), the league really could be cooking come this fall.