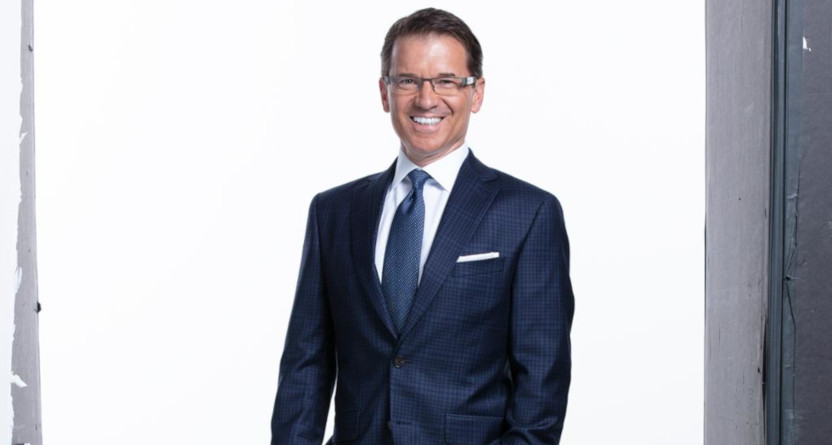 Long-time Tampa Bay Lightning TV announcer Rick Peckham retired last year, ending his since-1995 run in style by calling an overtime series-winner on his final broadcast (Game Five of the Lightning’s first-round playoff series against the Columbus Blue Jackets, the last round with local simulcasts on regional sports networks like Fox Sports Sun; the remainder of the playoffs have only national TV coverage).

The Lightning went on to win the Stanley Cup, and they’ve now announced their new TV play-by-play voice ahead of the Jan. 13 start for the 2021 NHL season; Sportsnet announcer Dave Randorf. Randorf discussed that on Twitter Thursday:

NEWS. I am thrilled to announce that I am the new Play-by-Play voice of the @TBLightning Such a privilege to join this first class organization. 1/3

Following HOF PxP man Rick Peckham is an honor. I am looking forward to getting to know #tblightning fans and all of you getting to know me – on game nights and in the community. 2/3

To all my ?? followers, Thank-you for all your support over the years. From the CFL on @TSN_Sports to HNIC @Sportsnet it’s been a blast. When this is all over, come on down to #Tampa. Great place to see a game! 3/3

Here’s more from the Lightning release:

…”We are excited to add Dave to our broadcast team and organization,” Lightning CEO Steve Griggs said. “Dave has proven over the years of his broadcasting career to improve the viewing experience of hockey games on television to millions of fans. We are thrilled to have Dave join our FOX Sports Sun broadcast team and continue Rick Peckham’s legacy of exciting our fans with legendry calls of Lightning hockey.”

Randorf started at TSN in 1985 as an editorial assistant while studying at Ryerson University, worked at TSN until 1989, then spent time at Vancouver’s CKVU (a CityTV affiliate) and radio station CKNW, including working as a reporter and game host for CKNW’s Vancouver Canucks’ coverage. In 1995, he went back to TSN as a Vancouver correspondent, then started hosting a Pacific Prime edition of SportsCentre in 1997. But he really gained national attention for his work on CFL on TSN broadcasts from 1999-2013, where he did play-by-play for his first two years then served as a studio host from 2001-13. He also hosted Olympic broadcasts, TSN/CTV Super Bowl coverage, golf, hockey world championships, and more, and called regional Montreal Canadiens games for TSN from 2011-14.

In June 2014, Randorf left TSN for Sportsnet following Sportsnet’s acquisition of national NHL rights; he was one of three prominent play-by-play voices they brought in early on, alongside Jim Hughson and Paul Romanuk. He’s been calling national games for them since, and also doing some work for NBC’s U.S. national broadcasts. And now he’s stepping into this TV role with the Lightning. Peckham leaves big shoes to fill locally, but Randorf certainly has a strong resume. We’ll see how he does in this new role.