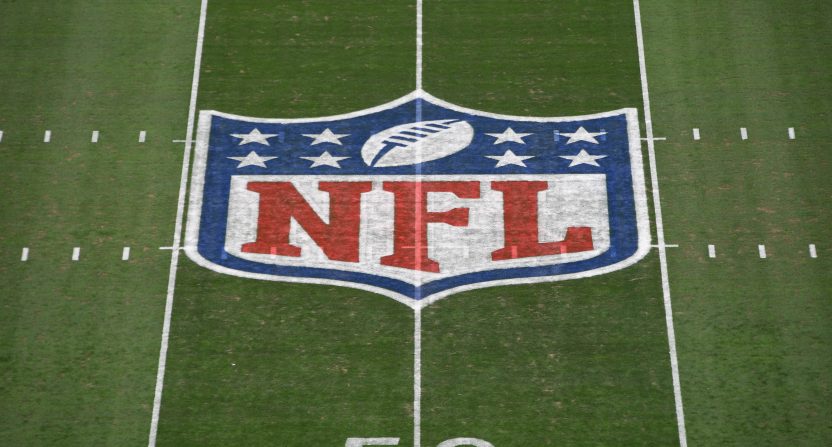 The 2018 NFL regular season is almost here and the new campaign brings plenty of changes on how you can watch the League Where They Play for Pay. On mobile devices, you can now watch on multiple apps, a stark change from recent years. Online, streaming services have popped up to the point where they’re providing the NFL not just through the broadcast and cable networks, but also through various tiers. Let’s take a look at how you can watch the NFL though both the traditional TV apps and how you can watch if you have cut the cord.

First, the NFL’s new mobile contract with Verizon allows networks to stream games on smartphones for the first time. And while Verizon is paying more for mobile rights, it opens up more avenues to watch the games, which is great news for the consumer.

Verizon, which sponsored the NFL app, had the exclusive contract to stream in-market Sunday afternoon games, all primetime games, and postseason contests. However, that changed in the new contract. Verizon’s purchase of Yahoo now allows for NFL games to be streamed through the Yahoo Sports app.

And now, regardless of carrier, you can watch those same games on the NFL app. Whether you’re with AT&T, Sprint, T-Mobile, or any other carrier, you’ll be able to watch.

The new mobile contract allows the networks to stream games on their mobile apps, so you can open the CBS All Access, Fox Sports Go, NBC Sports, or ESPN apps without getting that dreaded slide stating that the game wasn’t available. The TV apps, with the exception of CBS, require authentication, so you’ll still need your pay TV login to watch. CBS All Access is a paid subscription app.

Over the last two years, the number of online services has grown to the point where their numbers have offset any losses from cable and satellite providers. And while they have experienced some growing pains in streaming games in 2017, it’s hoped that they will have the infrastructure in place so there won’t be any issues with buffering or outages. This month during the preseason, the services were streaming the games without problems, but this is August. September could be another issue.

But in the meantime, let’s take a look at each service and what they provide to the viewer:

Because Sling TV does not have CBS in any of its packages (more on that later), this would be a good companion to the service.

Depending on your local market, you’ll have access to CBS, ESPN, Fox, and NBC on its $40/month basic package. By paying for the $55/month tier, subscribers will also get NFL Network.

Unlike the DirecTV satellite service, DirecTV Now subscribers won’t be able watch the NFL Sunday Ticket out-of-market package unless they live in a complex that doesn’t have access to satellite or if they’re a college student living on campus.

FuboTV is mainly sports-centric and offers the first month for $35 and then $45/month afterwards. FuboTV has CBS, Fox, NBC, and NFL Network, but it does not have ESPN, meaning subscribers won’t have access to Monday Night Football and ESPN’s sole playoff game. Adding the $9/month Sports Plus package will give subscribers access to NFL RedZone.

Hulu has CBS, Fox, NBC, and ESPN, but not NFL Network. Thursday Night Football games that are not on Fox won’t be seen on Hulu.

The very first online streaming service splits its NFL options through various tiers. Sling Blue at $25/month offers Fox, NBC, and NFL Network (but not CBS). Sling Orange is also $25/month and includes ESPN, but none of the other networks. You can get both Sling Orange and Sling Blue for $40. Subscribers can add NFL RedZone for an extra $10/month through the Sports Extra package.

By not having CBS, Sling TV subscribers won’t be able to watch the Sunday afternoon AFC games, but this is where subscribing to CBS All Access comes in.

This service offers all of the NFL’s broadcast partners (CBS, Fox, NBC, ESPN, and NFL Network) on its basic tier, the $50 Core package. Adding the Sports Pack for $10/month will give you NFL RedZone. The local network affiliates depend on the agreements PlayStation Vue has in each local market, so some networks may be missing.

At $40/month, this service has most of the channels you would need, including CBS, ESPN, Fox, and NBC. However, the one network it’s missing is NFL Network. YouTube TV is not in every market and only opens up its availability if it has agreements with at least three local network affiliates, so it may not include CBS, Fox, or NBC.

There is Amazon Prime, which will carry the 11 Thursday Night Football games that will air on Fox. The games will also be streamed live on the Amazon-owned Twitch, so those who don’t subscribe to Prime can watch without having to shell out for Prime.

Overall, the number of streaming services has exploded over the last few years, but not all have the complete package of NFL partners. Keep that in mind if you want to cut the cord and subscribe to a new service this fall.