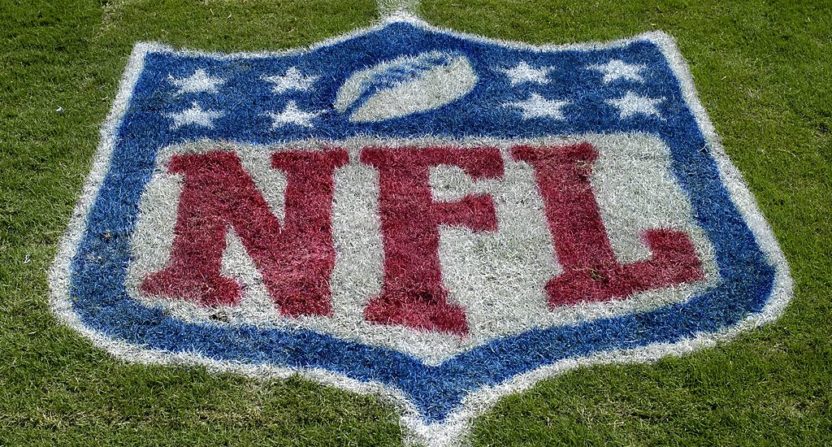 Each week there are two things relative to sports media that are of great interest to NFL fans. The first are the announcing assignments and which broadcasters will be calling which game on Sunday. The second are the broadcast maps showing where each game will be shown around the country.

Kevin Draper in the New York Times has an enlightening article about the people at CBS who put together the broadcasting maps every week. These are always important for football fans, at least for those without access to DirecTV or the Red Zone Channel.

Often times these broadcast maps look like misshapen jigsaw puzzle pieces that resemble gerrymandered political districts. But there’s actually a rhyme and a reason to it.

The most interesting tidbit of Week 11? The Giants-Chiefs game not just being shown in areas around New York, Kansas City, and their division rivals, but in some areas that you wouldn’t expect. Like Mississippi. While that might initially be a bit of a head-scratcher, it makes sense because of Eli Manning being a University of Mississippi graduate. Without a professional football team in the market, superstars with college ties can often be featured:

Kansas City at the Giants is the early-window game with the widest footprint, going to about 45 percent of the country. This game will be seen widely in the New York and Kansas City areas, as well as in New England and the areas of Kansas City’s A.F.C. West rivals. The game’s reach across the Mid-Atlantic will be constrained because Baltimore is playing at the same time.

And what about that portion of Mississippi that will be served Chiefs-Giants? Giants quarterback Eli Manning starred at the University of Mississippi, and CBS believes that a lot of people in the state still want to watch him play.

Individual players are usually not important enough to dictate where a broadcast goes, but there are a few exceptions — mostly quarterbacks who are from, or who attended college in, places other than major metropolitan areas. Besides Manning, Carson Wentz (North Dakota State), Deshaun Watson (Clemson), Teddy Bridgewater (Louisville) and Marcus Mariota (born in Hawaii) are among the players who might influence a broadcast decision.

“J.J. Watt, as unbelievable of a player he is, is not changing our map,” Correa said. (Watt, who plays for the Houston Texans, is from Wisconsin and was a standout at the University of Wisconsin.)

Maybe if J.J. Watt didn’t hail from a university that shared a state with the Green Bay Packers, then he could be singled out for coverage in his old alma mater’s market. Naturally, if there is one thing in common with all those players that might influence local affiliates, it’s that they were star quarterbacks in college.

That’s just one item that’s brought to light in how Fox and CBS make their schedules each and every week. Here are a few more highlights:

* One of the last remaining blackout restrictions is that a game can’t be shown on a network directly against a game involving a team in their home market. So if the Saints are playing in New Orleans on Sunday on Fox at 1 PM, there won’t be a CBS game on during that time.

* Home markets are designated as “mandatory pullouts” meaning that no matter what is happening in the early afternoon game, they will be shifted to the locally relevant team playing in the late afternoon if the first game runs long.

* For everyone else, you’ve probably wondered what the rules are regarding CBS or Fox switching to a better game if you’ve got a contest that is turning into a blowout and there isn’t really any local interest. According to the Times, a switch can be made if a team has an 18 point lead or greater in the third quarter. Given we just saw Atlanta blow a 28-3 lead in the Super Bowl, that difference might need to be increased just a bit in the future.

* Finally, local affiliates can make requests of CBS/Fox to switch the preliminary assignment that they’ve been given for a certain week. For instance, this week there were seven local affiliates that were initially assigned the Baltimore-Green Bay game and instead opted for Kansas City-New York. I guess they aren’t big believers in Brett Hundley, either.

The advent of Sunday Ticket has mitigated a lot of anxiety for hardcore fans of teams outside their local market. Growing up as one of those fans I remember it was like Christmas when my local affiliate actually showed a game featuring my favorite team. Now with Sunday Ticket and other viewing options it might be something that’s taken for granted.

But as all these meticulous details show, it’s still a complicated dance that CBS and Fox have to work out with their local affiliates each and every week for traditional broadcast television. And if there comes a Sunday when you’re not quite sure why your local affiliate is airing the game that it is, now you might know that there at least exists a reason why.