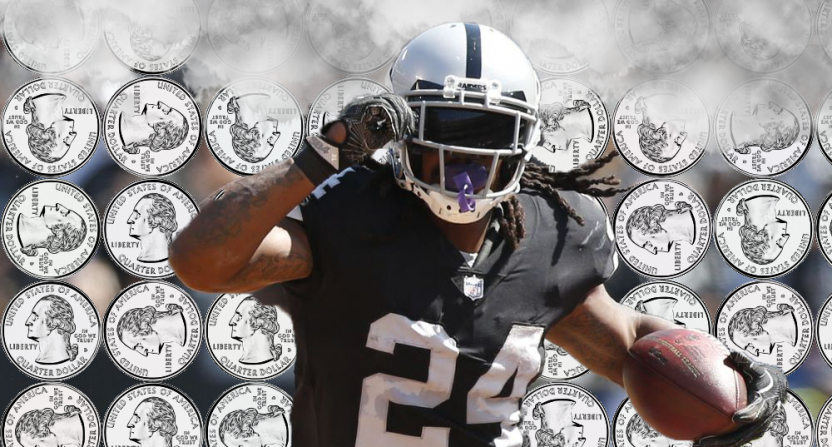 Perhaps we were all so busy looking at the big decisions the AAF made early on that we missed all the little signals lurking in the background that would have told us of their quick demise ahead.

…Another story that spread far across the AAF offices has Marshawn Lynch crashing the league’s quarterback draft last November at the Luxor casino in Las Vegas. According to one employee, Lynch, whose cousin Josh Johnson was the first pick in that draft, and who is notoriously media-averse, agreed to do a two-minute interview for the Alliance at that event in exchange for $5,000. But when a check was presented to Lynch, he asked that his money be delivered instead in quarters—which AAF co-founder Charlie Ebersol took seriously. In the end, 20,000 quarters were delivered to Lynch’s room and the interview apparently took place . . . but no one ever saw it. It didn’t air.

Was Marshawn serious? (Probably?) If so, does that mean he wanted to drop all $5,000 at the slots? (Probably?) How did they acquire the quarters? Did some intrepid intern have to go to the cashout booth and make that ask? How did they transport the quarters back to Lynch? Where did he go with them? What happened to the interview? Why would the AFF not air it or do anything with it? Did the interview even actually happen or did Marshawn just take the quarters and leave? That’s what happened, right?

You can read more strange tales from the now-defunct league here.