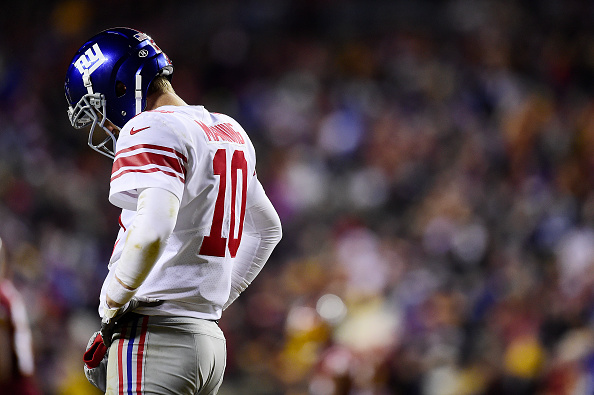 The Thanksgiving holiday did nothing to change the narrative of NFL ratings declining this season. Despite so many people tying football with Thanksgiving and not much else of note on television (unless you were binging a TV marathon or Netflix), viewership numbers were down for Thursday’s three games.

** The early Vikings-Lions game drew a rating of 11.4, down from last year’s 14.4 mark (for a game that also featured Minnesota and Detroit). That was a 12.3 percent drop.

** The late-afternoon Chargers-Cowboys telecast earned a 12.4 rating, dropping 20.5 percent from last year’s 15.6 number. But the Cowboys played their arch-rival, the Washington Redskins, in that game. National audiences apparently weren’t as enamored with the Chargers playing Dallas. (Additionally, DISH Network subscribers couldn’t watch the game due to the carrier’s dispute with CBS.)

** The Redskins were involved in the Thanksgiving nightcap, but matched up against the 2-8 (now 2-9) New York Giants. A game that looked like it could be crucial back in September had nothing at stake with both teams under .500 (Washington came into the contest with a 4-6 record). That resulted in a 9.7 rating, down 10.2 percent from last year’s Steelers-Colts game, which drew a 10.8 rating.

To be fair, only one of the three games was an important matchup with the Lions attempting to close in on the Vikings in the NFC North and inch ahead of the logjam for the conference’s wild-card playoff spots. The Chargers are in the AFC playoff hunt, but paired with a Cowboys team that always draws interest yet has disappointed this season. Audiences were apparently ready to watch or do something else by the time Giants-Redskins hit the air on NBC.

As a result, the NFL continues to face questions and scrutiny as to why ratings continue to fall this season. Is there football fatigue? Maybe that was even more true this year, with an exciting Friday and Saturday of rivalry week college football awaiting? Did people want to avoid the controversy of player protests and make sure political discussions didn’t poison holiday time with family and friends? Or were the matchups just not as appealing as they may have looked when the 2017 NFL schedule was originally made?

If the NFL and its TV partners hoped that viewership might increase with the holiday and what amounts to a captive audience on Thanksgiving, this year’s ratings demonstrated that the declining ratings trend is stronger than family and friends gathering (or nothing much else on TV) could overcome.