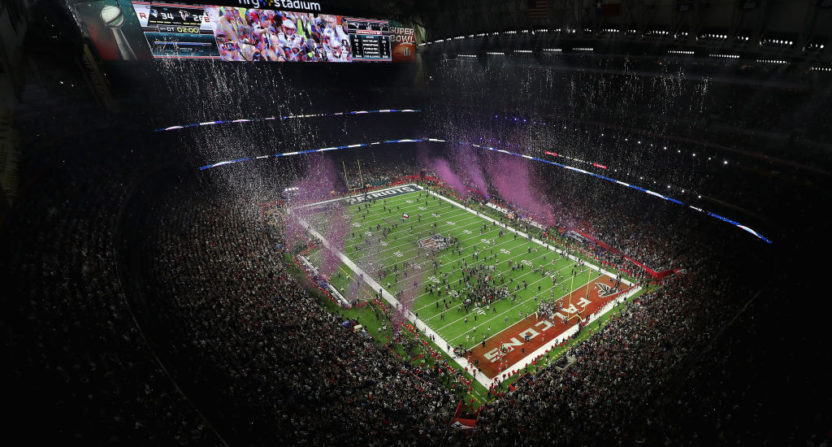 The NFL has lost a Canadian court battle seeking to let network CTV substitute its own ads over American Super Bowl ads on NBC. CTV was seeking to overturn an earlier ruling from Canada’s version of the FCC, the CRTC, that the typical simultaneous substitution policy (simsub, which lets Canadian television networks air their own ads on American feeds of shows they’re simultaneously broadcasting) didn’t apply to the Super Bowl. That was a big factor in a 39 per cent drop in the Canadian Super Bowl audience last year, as many were watching the American feeds for the commercials and thus, weren’t counted in either country’s ratings. CTV tried to further appeal this decision with support from the NFL, but a Canadian appeals court recently ruled that the NFL can license the Super Bowl to CTV, but can’t dictate how or which commercials can air on NBC’s coverage.

“The appellants argue, and I agree, that there is a certain irony that legislation that has the protection of the Canadian broadcasting industry and its employees as one of its important objectives is being used to allow for the broadcasting of American ads during the Super Bowl to the apparent detriment of the Canadian industry and its employees,” Justice David Near wrote in a Dec. 18 decision for the court obtained by The Hollywood Reporter.

The court ruled that the NFL failed to prove that CTV had to maximize its revenue with the simsub policy. The NFL also argued that CTV had to perform simsub so it could increase the value of Canadian broadcast rights when they came up for renewal.

Back in February, Super Bowl LI aired on CTV, CTV Two and TSN. But the fact that it could not air Canadian ads led much of the TV audience to switch to the Fox broadcast feed. And the audience for the networks for the game averaged 4.47 million viewers, down 39% from the year before. CTV hopes that the CRTC will rescind its 2015 ruling.

So unless the CRTC reverses its decision before February, Canadians will be able to watch NBC’s feed of Super Bowl LII with all of the American ads, in addition to their option of watching on CTV and associated networks with the Canadian ads.