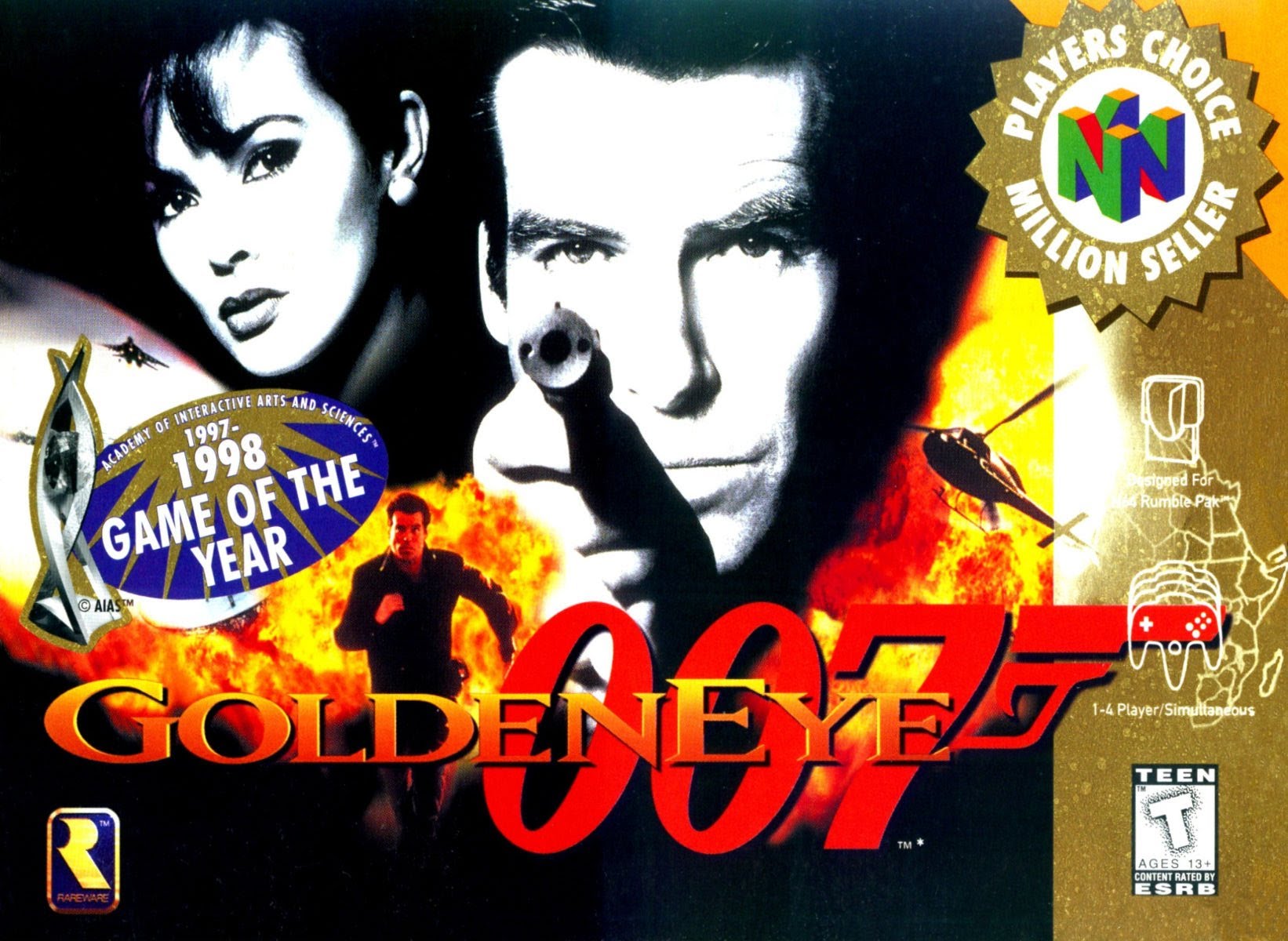 Good Morning Football‘s Kyle Brandt is quickly becoming the master of in-depth pop culture analogies for the NFL. He took on Star Wars for a highlight package back in December, did a Chris Berman tribute earlier this month, and now, he’s setting up Sunday’s Green Bay Packers-Atlanta Falcons game with a detailed description of something that will be very familiar to those who played Nintendo 64 games—1997’s GoldenEye 007. Here’s Brandt, from Friday’s Good Morning Football, breaking down how Aaron Rodgers (who he’s been calling 007 all week) and Matt Ryan’s GoldenEye deathmatch might play out Sunday:

Here is @KyleBrandt’s ode to GoldenEye. Slappers only on #GMFB https://t.co/YPcIkN3YXi

“That game we’re talking about, maybe you played it in college, maybe you still play when you go home to your parents’ house on the weekend and it’s hooked up in the basement, Rodgers is playing that game on his controller every single weekend and he’s destroying everyone in the dorm. Eli, Dak, he blasts them, he’s the guy that knows the map so well that he chases them down  as they re-morph and blasts them again, they can’t even defend themselves, they don’t even have a weapon. He is playing that well. But now, another guy from another dorm picks up that controller…

And this guy’s classically trained in the ACC frat scene. He knows what he’s doing. Matt Ryan goes to that character select screen, he’s not going with Boris, or Helicopter Pilot, or Natalya, or Siberian Commando. He’s going with Oddjob, the one you have to outlaw. You can’t be Oddjob, it’s too hard. And it is on.”

It goes on from there, with plenty of great references to Goldeneye‘s various weapons (the timed mines reference at the end is particularly good), and Brandt does a nice job of actually making points about the game and the matchup here. His point about Rodgers playing so well compared to opposing QBs that it’s like he’s spawn-camping is a good one, as is his reference that this match will be played in the pristine conditions of the Georgia Dome, making it more analogous to the Stack, not the darkness of the Caverns or the Temple. The reference to Falcons’ red at the end is an excellent tie-in to Goldeneye‘s famous kill screen, too. And the overall analogy works; plenty who played this in college (or other settings) are familiar with dominating their friends, only for things to go very badly when some trained outsider comes in.

Of course, these deep pop-culture references aren’t going to work for everyone (especially if you’re unfamiliar with the game in question), but it’s only a couple of minutes of the show, and it’s a proximity mines-level blast for those who know what he’s talking about. In fact, it may give you the urge to go pick up the controller again. And hey, maybe one day we can actually see Rodgers and Ryan, or other NFL quarterbacks, face off in Goldeneye? In a world where televised eSports is on the rise, it’s not the strangest suggestion out there…