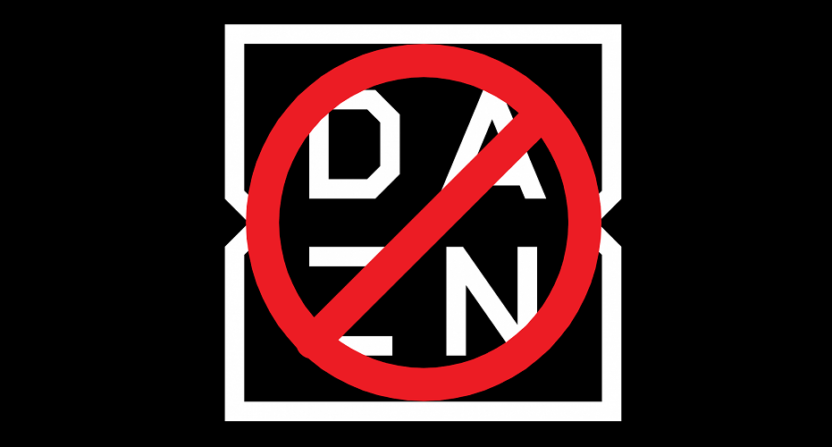 When we last checked in on DAZN — a UK-based on-demand sports streaming service which this year acquired exclusive digital NFL rights in Canada — the company was taking heavy fire for shoddy preseason streams which lacked in quality, struggled with lag, were plagued by error codes and contained far fewer features than fans had become used to with NFL Game Pass.

At that point, Alex Rice, DAZN’s Managing Director of Strategic Partnerships, told us that the company was taking negative feedback seriously and was working on product improvements. But those problems didn’t go away, and DAZN was torn to shreds by frustrated subscribers when the regular season opened last weekend.

The backlash forced the league itself to issue a statement indicting DAZN, and Rice followed up with an apology on Thursday. Here it is, in full:

“Our debut in Canada did not go as planned. No excuses – it is not how we wanted our journey to start in a country of such passionate fans. Our top priority has been getting to the root cause of the issues and giving fans the viewing experience they expect from us. We have reviewed the entire customer experience so far and can confirm that many of the issues subscribers faced last weekend have been resolved.

Here is what we can tell you about the issues we had last weekend:

The audio issue on Thursday, and the late start to the Colts @ Rams game on Sunday were the result of human error. We understand the frustration for fans and we can assure them these are not ongoing issues. We have put in place additional checks and measures to strengthen this process.

The error codes subscribers were seeing have been resolved. Again, we understand why fans were frustrated having to troubleshoot this during the game.

Some subscribers have been experiencing picture quality issues. We’ve completed detailed diagnostic analysis and found that while the majority of fans are connecting to DAZN in HD, some have been unable to enjoy our full HD experience due to connectivity issues. We are working as hard as possible to bring this to everyone. We’ve identified a number of technical solutions, which will help more of our subscribers to access the full HD experience across all connected devices. Some solutions will be in place beginning this weekend. We will be making further enhancements over the next few weeks, during which time those affected will see incremental improvements.

Some subscribers have also been experiencing a broadcast time lag. While an element of lag is inherent with OTT (over the top) streaming (usually up to 30 secs), we know that our feed has been delayed longer at times. We are working to close this gap so that DAZN is where it needs to be.

DAZN was built by sports fans for sports fans. Please believe us when we say – we feel your pain. We will continue to engage with our subscribers and the broader sports fan community in Canada to listen and understand the issues. We’re continuing to explore further ways to improve the experience for those currently affected and will be reaching out to them to ensure they’re suitably compensated.

Live streaming of sports is complex, but offers many benefits. We’re committed to fixing the current issues and delivering on our goal of providing the best sports viewing experience possible for Canadian fans.”

But unfortunately, a lot of users remained dissatisfied as Week 2 got underway Thursday. A video from one Twitter account showed a choppy video with tremendous lag:

And many other tweets expressed frustration with the stream.

I used DAZN to watch the early games on Sunday, with a very strong internet connection. The first three quarters went relatively well save for a few hiccups (error codes forcing me to reboot). But once the action picked up between 3:30 p.m. and 4:30 p.m. ET, the streams became unwatchable. I figured that might have been a result of usage numbers picking up for crunch time, but reports indicated those problems didn’t go away later in the day and it appears they still exist as Week 2 arrives.

It’s clear NFL fans in Canada aren’t going to accept this. If these issues persist, many will stop watching. And if that happens, the league had better hope it has a way out of a reported five-year deal with a company that looks woefully unprepared for what it got itself into.

But redemption remains possible. We’ll be monitoring closely on Sunday.