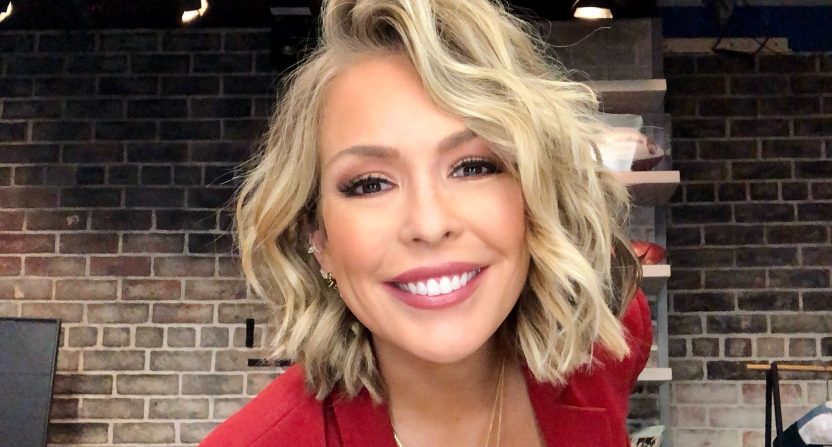 We’ve seen some notable moves lately from podcasting company Blue Wire, including raising $5 million in Series A funding in December, hiring marketing executive Casey Reed from Hulu in February, and announcing a partnership (including a new Las Vegas studio) with Wynn Resorts and WynnBet in late February. They’ve continued to launch more and more podcasts during the last few months as well, and their latest one involves a significant national figure in NFL Network’s Colleen Wolfe. Wolfe, who has hosted everything from NFL Total Access to Good Morning Football: Weekend Edition to NFL GameDay Kickoff on NFLN, will be hosting a new NFL Draft miniseries titled On The Clock With Colleen Wolfe for Blue Wire, which will launch in April. She spoke to AA via email Wednesday about this, and said she was interested in working with Blue Wire given the roster of talent they already had.

“Blue Wire really drew me in because of their roster of creators,” Wolfe said. “They have so many talented, strong voices across their network and I’m already an avid listener of their podcasts. I really respect their approach of investing in a diverse group of people and their full commitment to helping them grow and thrive in the current landscape. Blue Wire’s energy and support to build something unique and fun is ultimately what sold me. Their excitement was really contagious.”

As for the focus on the draft, Wolfe said that’s long been an area of interest for her.

“One of my favorite times of the year is working the Scouting Combine and meeting the prospects. I really enjoy going on deep dives into their stories and discovering what motivates them. With no Combine this year, a draft miniseries is my fix to introduce the NFL audience to the rookie class. We hear so much about the prospects’ physical attributes, but not enough about their personality and character. I find myself really investing in the players I get to know, and I don’t think I’m alone.”

Wolfe is long established in TV at this point, but said she enjoyed the chance to explore podcasting for some of the differences that medium offers.

“I love the freedom to pivot and turn conversations in any direction on podcasts. TV and traditionally-structured shows have limitations to where and when you can go to unplanned places, and those are often my favorite corners. The unexpected can be very entertaining, and the freedom to dive down rabbit holes is like catnip. Sometimes it takes digging to really get someone to open up, and when there’s time to really put in that work, it’s so rewarding to have a very real and meaningful conversation.”

Wolfe said she hopes to make this a series that can really show off the personalities of these new NFL players.

“You can rely on this series to uncover the weird and wonderful things that make each player so unique. We’ll laugh, we better not cry– but it’s not off the table– and we’ll make you smarter about the players you’ll be cheering for or against in the not-too-distant future.”

More on Wolfe and On The Clock can be found on Blue Wire’s website.