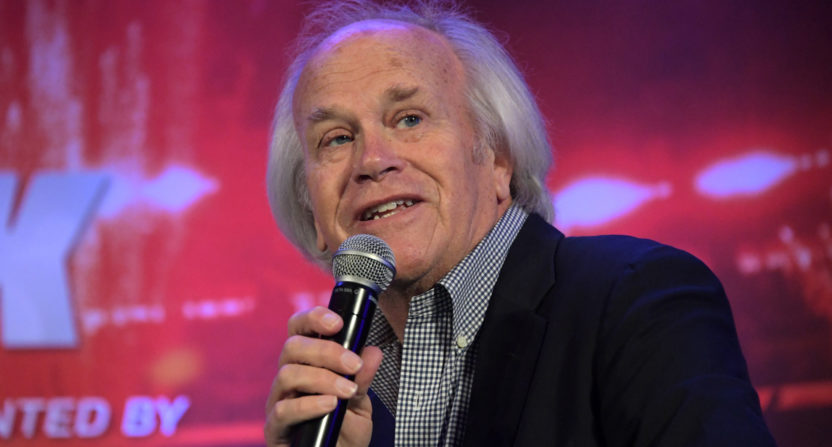 For the longest time, we only had one pro football league and that dominated the American sports landscape. Now, in the span of a couple months, we are potentially up to three football leagues by 2020.

The “Alliance of American Football” was announced and is seemingly going to be a rival league to the NFL and Vince McMahon’s new XFL that’s set for 2020. This league is set to start a year earlier than the XFL, with their first game the week after next year’s Super Bowl.

With the help of ESPN and the New York Times, here are 10 other things you need to know about the Alliance of American Football.

1. The investors. This new football league is backed by many people. TV executive Dick Ebersol and his son Charlie appear to be the main investors, along with longtime NFL exec Bill Polian. The league is also getting some backing from Peter Thiel’s Founders Fund and The Chernin Group, who owns a sizable percentage of Barstool Sports. That financial backing is seemingly the catalyst to get the league up and running in less than a year with a 7-10 year long-term plan for success.

2. The advisers. In addition to raising money, the Alliance of American Football has partnered with multiple former NFL players in an advisory role for the new league. Some advisers include Troy Polamalu, Hines Ward, Justin Tuck and Jared Allen, who is also an investor.

3. The XFL. The elephant in the room is Vince McMahon’s XFL, which was announced in January. During Charlie Ebersol’s 30 for 30 film  This Was The XFL about the previous iteration of the league, longtime friends and business partners Vince and Dick discussed working together someday to bring back the league. Now they are seemingly rivals.

4. The TV deal. One thing that the Alliance of American Football has over the XFL is that they already have a TV and media deal.

Charlie Ebersol said that his league will have the initial contest and the championship game on CBS and one game a week on CBS Sports Network. Other games will be available on the league’s app, which Ebersol said promises to integrate live fantasy play into the broadcasts.

5. The players. The Alliance of American Football knows they aren’t going to compete for NFL caliber talent right out of college. Their strategy is going after the diamonds in the rough who seemingly get overlooked.

6. The format. Starting a week after the Super Bowl, the Alliance of American Football will consist of eight teams with 50-man rosters.

The eight teams in cities that will be announced in the next three months will start by having regional drafts, protecting eligible players who played in the local community for their college days.

7. The rules. One thing you won’t see often in the Alliance of American Football is kicking. It is kind of an oxymoron to eliminate kicking in a sport with the name “football” but most kicking plays like extra points and kickoffs seem irrelevant or boring so they’ll go away.

There also will be no kickoffs (the ball will be placed automatically at the 25-yard line) and no onside kicks. The losing team will just start on their own 35-yard-line with fourth-and-10. Play clocks are 30 seconds and every touchdown has to be followed by a two-point conversion attempt.

I’m assuming that when the losing team starts on their own 35-yard-line, that means if they choose to go for it late in a game, and not something that happens all the time. It’s also not said but if kicking (apart from field goals) is eliminated, punting is likely going away as well and teams will have to go for it on fourth down or kick a field goal.

Ebersol said a hallmark of the league will be no TV timeouts and 60 percent fewer commercials, as well as an innovative approach to broadcasting.

10. Ramifications of directly competing against the XFL. This is the big unknown. The last league to successfully compete against the NFL was the American Football League back in the 60s and they had to spend a considerable amount of money and take on a lot of risk for over a decade to get a merger with the NFL.

Even in the most optimistic scenario, one of these two leagues will fold very quickly if a merger doesn’t happen. And it’s more on the XFL to seek out a merger because at this point, they seem to be behind on every step despite announcing their league first.

Where the XFL has more of a “Screw you” mentality toward the NFL, the Alliance of American Football seems to be more subtle in their philosophical differences with the NFL and is more of a supplement to the league. The XFL has a mindset that “because the NFL is doing this, we’re doing that,” the Alliance of American Football made changes because they felt it made the sport of football better and not necessarily because of what it is the NFL did.

That lack of direct animosity toward the NFL might have been why it was easier for the Alliance of American Football to get a TV deal with an NFL partner like CBS. Maybe that also means we can see ads during NFL broadcasts but I doubt that. Though if that would happen, it would be huge and could already be a knockout punch to the XFL before they even get off the ground.