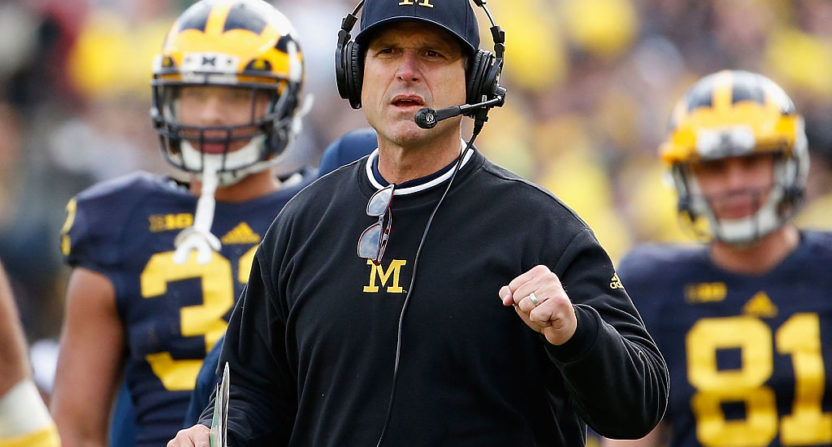 The Big Ten has new television deals with ESPN and Fox, and the result is lots of cash for the conference’s member schools.

According to MLive.com, most Big Ten schools will receive $51.1 million in TV money for the 2018 fiscal year, up nearly $15 million from 2017. Big Ten newcomers Rutgers, Maryland and Nebraska will get a smaller share than the other 11 members.

Last June, the Big Ten reached a six-year deal with ESPN worth $190 million per season and another agreement with Fox Sports that will pay the conference an average of $240 million a year. The arrangements maintained a decades-long relationship between the Big Ten and ESPN and expanded the partnership between the conference and Fox, with that latter network getting first pick of games.

For the Big Ten, these agreements came at the perfect time, with cable networks not yet handicapped by the ongoing wave of cord-cutting. The conference will be swimming in TV revenue even once the value of these deals begin to drop.

Back in January, our Andrew Bucholtz explored the impact of the new TV deal on the Big Ten’s finances, concluding that the Big Ten and SEC are head and shoulders above every other conference.

That TV money is having tangible effects, too, leading to the conference having five of the top fourteen paid coaches in 2016 as per USA Today (including Jim Harbaugh, tops at $9 million, and Urban Meyer, third at $6 million, before any bonuses). The splashy hires we’ve seen this offseason at even schools like Purdue (Jeff Brohm, six years, $20 million plus a $3.5 million annual pool for staff) and Minnesota (P.J. Fleck, five years, $18.5 million) also are proof of the conference’s riches.

While debating who’s on top between the Big Ten and the SEC is interesting, what’s perhaps even more important is how both of those conferences are pulling away from the rest of the pack. Sports Illustrated’s Andy Staples wrote a piece last May noting how the success of those conferences with their networks makes them the “Titanic Two,” and that’s certainly becoming more and more evident.

The rest of the Power Five are in nowhere near as strong of a position. The Pac-12 Networks haven’t caught on the same way and still face big distribution issues (especially with DirecTV, although they did add four million subscribers thanks to a Dish tier change), the ACC Network is digital-only until 2019 and the Big 12 has nothing conference-wide (but hey, Longhorn Network!).

Thanks to Fox and ESPN, it’s a good time to be a member of the Big Ten.