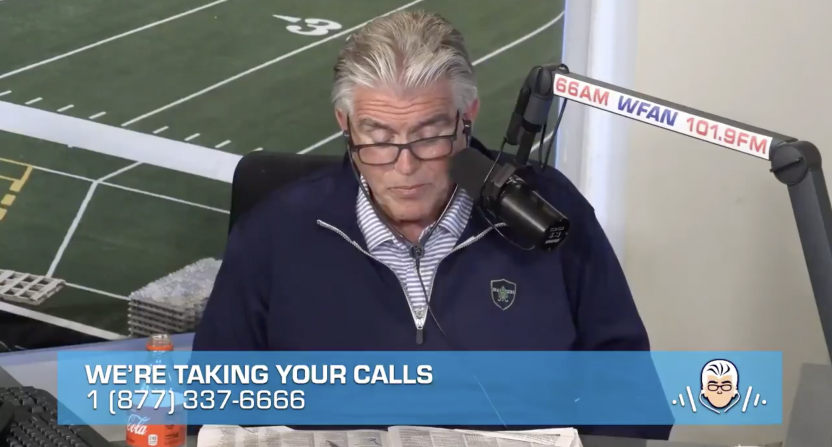 College football isn’t exactly a big thing in the Big Apple. Yes, even with Rutgers in the Big Ten, the sport hasn’t exactly supplanted the Knicks and the Yankees in New York City. Shocking, I know.

But if you’re in sports on a 24/7 basis, you have to have a rudimentary knowledge of college football, especially if it’s a team that is somewhat local. Take the Syracuse Orange for instance.

Most sports fans won’t have the in-depth familiarity with the Syracuse football program as they might with the men’s basketball program that has been a perennial contender for years under Jim Boeheim. You probably know Syracuse basketball runs a 2-3 zone. But if you’re a sports talk show host in New York it might be good to know at least a couple things about the program on the off chance a caller wants to ask you about them during your hours-long radio show.

That’s exactly what happened to Mike Francesa on Thursday. But when a caller from Syracuse asked about the pope’s thoughts on head coach Dino Babers, Francesa was immediately confused.

I won't spoil the ending. ???? pic.twitter.com/pCiBApwNUc

Of course, Babers isn’t a random player. And this wasn’t a prank call. He’s in his third season as the Syracuse head coach. His third year! It’s not like he just took the job yesterday! And Syracuse is actually pretty decent this season, sitting at 5-2 in the ACC with a very competitive showing at Clemson just a few weeks ago and a win against Florida State earlier this year.

I know “Dino Babers” sounds like a fake name, but he’s very real. And unfortunately, this probably isn’t going to help convince any of Francesa’s listeners in the Syracuse area to sign up for that app.