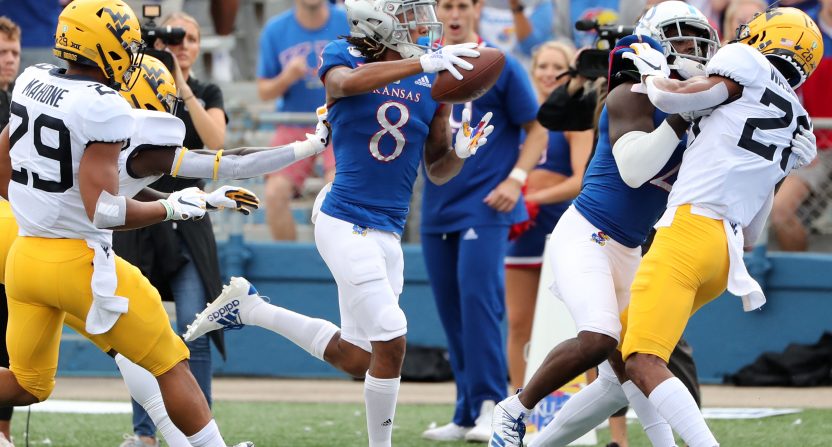 Sports commentators have a lot of things they need to do when preparing for their upcoming game. They have to get a handle on both teams’ current status, backgrounds on as many players as possible, the big storylines, and how the result impacts the big picture. Not to mention they need to be able to call X’s and O’s and provide insightful commentary on the plays as they unfold.

So we’re not suggesting that every sports announcer carves out half a day to research the current status of every player’s close family members. That seems like extreme overkill. But after multiple gaffes in the past two weeks involving playful banter in regards to deceased parents, we’re not not suggesting it.

Last week, Cris Collinsworth was discussing Dallas Cowboys quarterback Dak Prescott’s contract situation and inferred that Prescott wasn’t concerned about making tons of money because he’d already “got his mom a house.” This stood out to a lot of viewers because Prescott’s mom passed away in 2013 from cancer when he was still playing at Mississippi State. Collinsworth soon apologized for the mixup, stating that he’d “mangled” a discussion he’d had with Dak earlier in the week.

A very similar scenario played out on Saturday as well during the Kansas – Oklahoma State game. Fox Sports 1’s Dan Hellie and Ben Leber were on the call when the discussion turned to Kansas receiver Kwamie Lassiter. Leber mentioned that he had played in the NFL with Lassiter’s father and then wished him well.

“He is Kwamie Lassiter II. I played with Kwamie Lassiter the first, his father, when I was a member of the then-San Diego Chargers, so Kwamie if you’re watching and listening, hope you’re doing well. Hope everything’s going well in Arizona for you, man.”

Hellie then made a joke about how the elder Kwamie Lassiter has “been busy” and has eight kids. Normally nothing too out of the ordinary. Except…

You already know what we’re going to tell you. That the older Kwamie Lassiter passed away earlier this year following a heart attack he suffered while working out. Naturally, there was no ill intent on the part of Hellie and Leber but it once again led to an awkward soundbite and one that was likely painful for the family to hear.

To his credit, Leber took to Twitter pretty quick to make it known that he messed up and meant no harm.

Yeah, obviously never meant to disrespect. It totally slipped my mind. No excuses

My fault. It slipped my mind. Feel terrible about that

So if you’re announcing a college or NFL football game in the coming weeks, please, if you can, do a quick internet search on everyone’s family situation. Trust us.