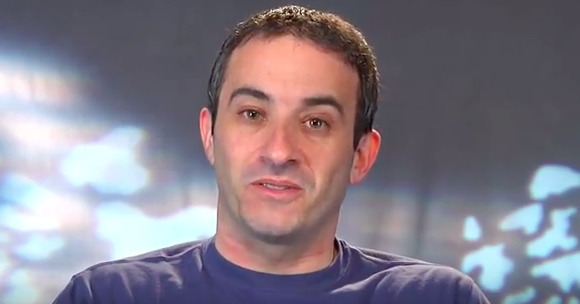 Every year, maybe one or two play-by-play jobs open up at a Power 5 Conference school. Sometimes the opening is secretive and out of nowhere a school announces a new hire. Other times, a school has a nationwide search, as we saw happen last year at Louisiana State University.

Out of nowhere on April 22nd, 2015, UCLA Athletics announced Bill Roth was named the new “Voice of the Bruins,” taking over for Chris Roberts who had been the school’s broadcaster since 1992. Roth had previously been the Virginia Tech Men’s Basketball and Football broadcaster for 27 years.

But in a surprising turn of events, out of nowhere once again, Bill Roth is leaving as the voice of UCLA Men’s Football and Basketball after just one year as of last month. Taking his place is Josh Lewin, the current radio voice of the San Diego Chargers and New York Mets.

UCLA announced the move on Thursday:

“When you have the chance to add a Hall-of-Fame broadcaster as accomplished as Bill to your program, you obviously have to give that serious consideration,” Director of Athletics Dan Guerrero said. “With his pedigree, it was impossible to say no. Unfortunately, Bill was unable to make this transition and has decided to return back home to the East Coast. We thank him for his hard work and professionalism over the past year and wish him all the best.

Roth was quoted in the release as saying he’d like to “return to his roots.” The broadcaster grew up in Pittsburgh and graduated from Syracuse University. Various outlets have reported Roth will move to Winston-Salem, North Carolina, close to where he lived while broadcasting for Virginia Tech.

While the terms of his next deal aren’t public, Roth will reportedly continue to work with IMG College on national programing from the IMG Headquarters in Winston-Salem. Roth worked with IMG during his time at both Virginia Tech and UCLA.

“I would have regretted not taking it,” Roth said. “When you spend 27 years in one place, you develop such deep roots.”

It’s possible that Roth could work with the ACC Network in its current state. If the ACC and ESPN worked out a deal to create an official ACC Network like ESPN has with the SEC, it would do well for them to hire Roth as a lead broadcaster for the new network. Roth called ACC football and basketball games at Virginia Tech from 2003 until he left for UCLA in 2015.

Replacing Roth at UCLA is another big name in Josh Lewin.

“Calling games for UCLA is the best job in college sports as far as I’m concerned,” said Lewin. “I’m fortunate to work for two tremendous organizations in the San Diego Chargers and New York Mets, and to think I now get to do this for UCLA is both incredible and an absolute honor.”

The upcoming NFL season will be Lewin’s 12th with the San Diego Chargers as the team’s radio broadcaster. Right now Lewin is in the middle of his fifth season as a radio play-by-play broadcaster for the New York Mets.

“Fortunately, as we all know, UCLA attracts exceptional talent. Josh made us aware of his interest in the position a couple years ago, but the timing simply wasn’t right with his other broadcast commitments,” Guerrero said. “Josh has consistently demonstrated remarkable talent, poise, sound judgement, a knack for vividly describing the action and a sense of humor that reminds us this is, after all, a game that is supposed to be fun. His national recognition, professional touch and passion for all things UCLA have us very excited to partner with him moving forward. Josh is the future of our UCLA broadcasts, and our future is bright.”

Lewin has had a very successful play-by-play career across the country. He was named the “Voice of the Chargers” in 2005 and has 21 years of MLB play-by-play experience. Lewin has also called NHL games for FOX Sports and has broadcasted different college events with Conference USA Football, CCHA Hockey, Southern Methodist, Michigan State basketball, and the Big 12 Basketball Tournament.

The new Voice of the Bruins began his career at just 16-years-old according to UCLA with the Rochester Red Wings, which at the time was the Baltimore Orioles’ Triple-A Affiliate. He graduated from Northwestern University in 1990 and is the author of three books: “Ballgame,” “Getting in the Game” and “You Never Forget Your First.”

“I’m so excited to join the Bruin family and cannot wait to start doing something I totally love for a university I so completely admire. September 3rd cannot get here soon enough,” Lewin said in UCLA’s release.

Lewin will continue to call games with the Mets and Chargers, along with his new role at UCLA. That’s a lot of traveling and a lot of games, but not uncommon. Dave Pasch for example is the radio voice of the Arizona Cardinals, but also calls College Football and Basketball for ESPN.

Yes yes yes,still a Met and still a Charger,just to clear that up! Two amazing jobs that I am blessed to have. UCLA is now a happy addition!

As of now, there aren’t other Power 5 Conference play-by-play jobs open, at least to the public. Last year, LSU and Virginia Tech both had openings, but those were filled by Chris Blair and Jon Laaser respectively.

Lewin’s first broadcast as the “Voice of the Bruins” will be on September 3rd when UCLA Football visits Texas A&M in College Station.