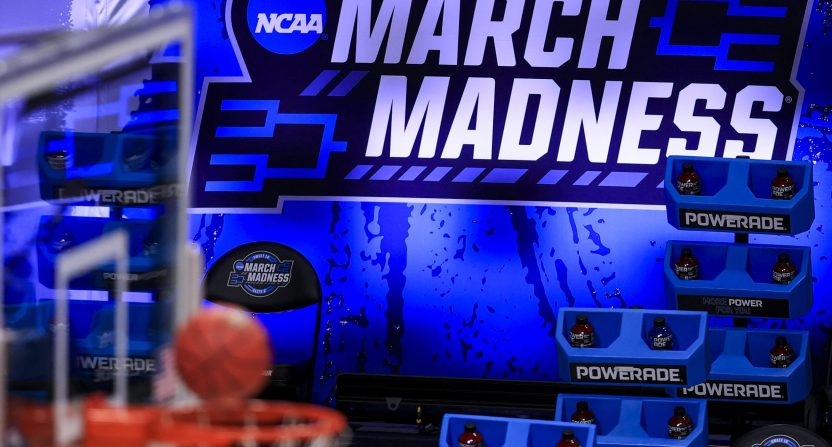 On Tuesday, Turner Sports and CBS revealed their broadcaster lineups for the 2022 NCAA Tournament.

The team of Nantz, Raftery, Hill, and Wolfson will call the Final Four and National Championship.

Compared to last year, here are the changes…

The First Four will be called by Tom McCarthy, Avery Johnson, and Steve Lavin, with Jon Rothstein working as the reporter. First Four studio coverage will be hosted by Nabil Karim in Atlanta, along with analysts Candace Parker, Seth Davis, and Rex Chapman.

Studio coverage is also similar to previous years, with studios in both New York and Atlanta. Greg Gumbel hosts in New York, while Ernie Johnson hosts from New York in the first week and Atlanta in the second week. During the tournament’s first week, Karim will host in Atlanta. New York analysts include Charles Barkley, Clark Kellogg, Kenny Smith, and Wally Szczerbiak, while Atlanta analysts include Parker, Davis, Chapman, and various coaches to be named later, with Dwayne Wade also contributing. Adam Lefkoe will be on the update desk in New York during the first week of the tournament.

With the Final Four and National Championship airing on TBS this year, we’re hoping that we’ll be seeing the return of the Team Stream broadcasts for the first time since 2018, though nothing was announced on Tuesday.

This year’s Selection Show airs on Sunday, March 13th at 6 PM ET on CBS, with the First Four games taking place on March 15h and 16th and the first round of the tournament itself beginning on March 17th.