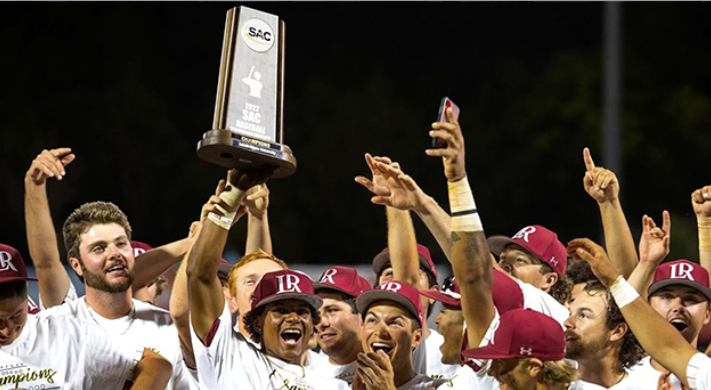 A notable dimension of the growing streaming landscape in college sports is the ability to provide comprehensive coverage of a conference’s sports. Much of the discussion of media rights deals is about football, which makes sense; that’s what tends to draw the most viewers and be the most worthwhile for networks. But streaming makes it possible to show off all kinds of sports even from smaller conferences and schools without the limitations of a linear TV programming lineup. An illustration of that comes in a new five-year deal between FloSports and the Division II South Atlantic Conference. Here’s more on that from a release:

FloSports, an innovator in sports streaming and original content, and the South Atlantic Conference (SAC) announced a historic media rights partnership. Representing the largest NCAA Division II media rights agreement to date, FloSports will become the exclusive digital platform of the SAC Live Digital Network, showcasing all live and on-demand events in the SAC including the league’s 23 championships.

The partnership will deliver high quality and creative productions of all SAC events over the next five years, including all regular-season games and championship events, along with new and original content on the FloSports network. The collaborative effort will maximize the exposure of SAC sports, making them available to a global audience while strengthening the SAC’s ability to build a greater direct relationship with its fans. The SAC becomes the first Division II collegiate conference to sign a full league-wide partnership with FloSports as its primary media partner.

“The South Atlantic Conference significantly bolsters our collegiate programming,” said Chris Keldorf, Sr. Director, Global Rights Acquisition, FloSports. “We’re committed to providing SAC member schools and athletes with a robust digital platform to connect with their communities and fans. FloSports is looking forward to collaborating with Commissioner Britz, his team and all the SAC member universities.”

“We are beyond thrilled and excited to partner with FloSports for the streaming of our athletic events,” said SAC Commissioner Patrick Britz. “This partnership will expand the SAC brand and broadcast audience as well as enhance the streaming experience for the participants and fans. This is a historic agreement, and we are proud to lead the way in what we feel is the future of sports broadcasting.”

FloSports has signed rights deals with conferences before, including the Division I Colonial Athletic Association (signed in 2019, expanded last year, runs through this fall) and the Division II Gulf South Conference (signed in 2020, runs through 2024). But this is a more comprehensive deal than their Gulf South one, which is for every football game, but for championships only in other sports. Streaming every regular-season game in every sport is a significant further step, which is why this is billed as the first Division II “full league-wide partnership with FloSports.”

Many of the Division I Power Five conferences’ deals include coverage of all regular-season events, with the less-prominent events on conference networks or streaming platforms (either authenticated or over-the-top on services like the newly-more-expensive ESPN+). But that tends to be a much smaller part of those deals, which are very focused on that high-level football content. And while ESPN has plenty of deals with various Division II conferences, with many of those centered on ESPN+ streaming, those deals tend to be focused on football and basketball, and they sometimes carry linear TV components as well.  It’s significant to see a Division II conference strike an all-games, all-sports, all-streaming deal with FloSports. And we’ll see if FloSports does other deals like this with other conferences in the years ahead.