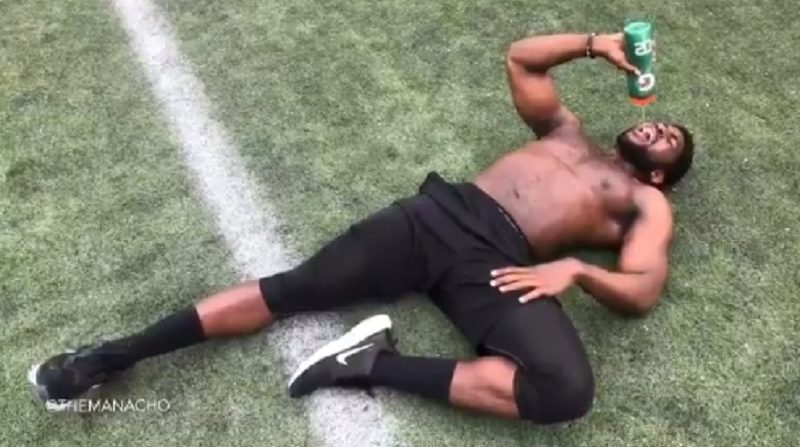 Somehow it’s 2019 and the NCAA is still hanging on to the “student-athlete” concept even though the entire universe knows that the system is broken. The organization’s latest attempt was this Twitter video that showed a “day in the life” of the student-athlete. It depicts a college student going to class, hanging out with friends, playing in the big game, and doing all the other amazing things that don’t go along with getting fairly compensated for his time.

Student and athlete — a day in the life. pic.twitter.com/KBLa1gBLnq

The video has been widely panned by who else but the very same “student-athletes” whose lifestyles the NCAA is trying to promote. For instance:

The NCAA really doesn’t even know what a real day in the life of their own student-athletes is actually like huh?

Since the NCAA missed the mark with a more accurate depiction in the life of a student-athlete, one such person went as far as making their own video to show what life in college is really like. Former Texas linebacker Emmanuel Acho, who currently works as an analyst for ESPN and the Longhorn Network, put his own video on Twitter that depicts what the student-athlete lifestyle is really like.

Athlete and student — a REAL day in the life @NCAA. pic.twitter.com/KcWj1JyoHn

This looks a lot more exhausting than the official NCAA video! Who would have thunk it!

Some fellow college and pro football players weighed in to endorse Acho’s version.

Ach you almost got it bro, you left out a few things haha getting kicked out of class for being late cause practice ended at 1145 and class started at 12 lol

Lol! Them vanilla @Gatorade shakes were the BEST! Shaking that joint up running out the door for class… ? #memories #TheyReallyDontUnderstand

Your only meal was the protein shakes ???

Now that we’ve seen what it really looks like for top level student athletes that are having to balance professional-level athletic training with a college education, maybe now we can see the flip side. Can we please get a day in the life for all the rich kids that got fake athletic scholarships to game the system? That may be an even more enlightening look into the NCAA.