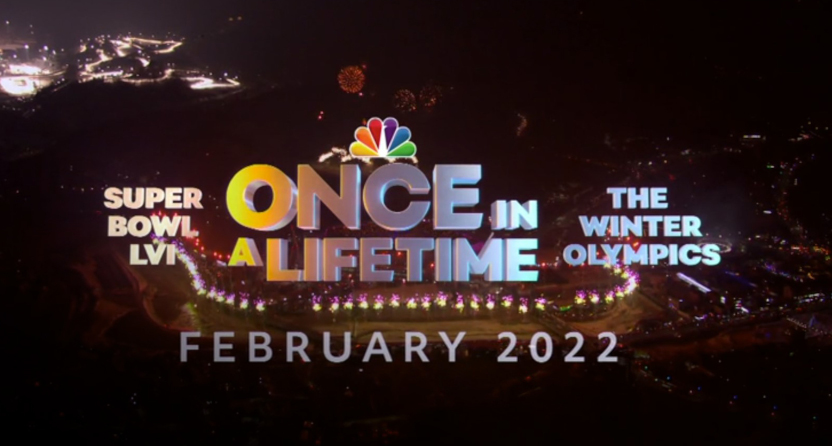 On one level, it’s easy to look at NBC’s decision to go to live Winter Olympics coverage in the highly-desired post-Super Bowl slot (this was announced Friday, but it got a lot of attention in the sports world thanks to Sports Business Journal tweeting about it Monday) after February 2022’s Super Bowl LVI as a further example of broadcast networks’ current emphasis on live sports. And that’s true, but only to an extent. The decision does reflect how much NBC cares about live sports in general, and about the Olympics in particular, and about trying to boost them with the Super Bowl (they weren’t even supposed to show the Super Bowl this year, but made a trade with CBS for Super Bowl-Olympic synergy). But it also comes out of NBC’s general Olympic strategy, and the strategy they’ve adopted for their other TV programming around the Olympics. And putting anything else there would have come with its own hurdles.

First, some background on why this matters. The post-Super Bowl slot has produced strong carryover numbers since 1967’s Super Bowl I, and while the share of viewers for the lead-out program has declined in recent years (understandable considering the incredible amount of cable and streaming alternatives), that spot still means a lot both to network execs and to shows. Whatever airs there (which was often new shows in the 1980s and 1990s, and more often returning shows since then) is going to do larger numbers than it normally would. But there are some key considerations with that; whatever’s put in that slot has to have wide appeal, it has to make a case for people to watch it at other times (as most of the post-Super Bowl shows are not usually regularly airing on Sunday night), and it probably shouldn’t have its next episode air a long time afterwards.

And it’s that last point that’s particularly relevant here. This particular Super Bowl, on Feb, 13, will mark the latest in the calendar year the game has ever been played. (The previous latest was Feb. 7, in 2010, 2016, and 2020.) That’s because of the (often–criticized) shift to 17 regular-season games this year, which came with the season still starting at the same time (despite a shorter preseason schedule), and thus pushed its ending back a week. And in a Winter Olympic year, that’s going to lead to significant overlap.

2018 did see some effect from the Super Bowl-Olympics conjunction, particularly with Mike Tirico opting to skip a hosting role* on NBC’s Super Bowl coverage in order to get to Pyeongchang for the Olympics. But it’s notable that the Super Bowl that year took place on Feb. 4, and the first Olympic events were Feb. 8, with the opening ceremonies on Feb. 9. It would have been possible for NBC employees and executives working the Super Bowl to get to the Olympics ahead of then (and some presumably did make that trip).

Tirico’s choice was about rest and preparation, and he said the earliest he could have gotten there after the Super Bowl was Feb. 6, which he didn’t feel was enough time; that’s a fair call to make, but it also illustrates how that wasn’t full Super Bowl-Olympic overlap. Indeed, there were no Olympics to show after the Feb. 4 Super Bowl, and NBC instead went with a very dark Super Bowl-themed episode of This Is Us, potentially traumatizing almost 27 million people and even prompting a brand response. (At that time, that was the best post-Super Bowl audience number since 37.6 million for the premiere of The Voice in 2012, also on NBC; Fox topped it with 27.3 million for the premiere of The Masked Singer in 2020, though.)

In 2022, though, the Olympics are taking place completely around the Super Bowl. The Beijing 2022 Games will have their first events on Feb. 2, with the opening ceremonies on Feb. 4. So the Super Bowl is taking place on the 11th day of the Olympics. And there are still seven more days of those Games ahead; they wrap up on the following Sunday, Feb. 20.

And NBC’s larger programming approach here has some of their shows (new and returning, including This Is Us) premiering in early January, then going on an Olympic pause, while others won’t even premiere until after the Games. Their broadcast network will unsurprisingly carry primetime Olympic coverage each night of the Games (except for the Super Bowl break on Feb. 13) so that leaves no slots for scripted (or unscripted non-sports) programming. And thus, any non-Olympic show airing after the Super Bowl would have to wait at least eight more days to air its next episode, and that’s far from ideal. Maybe that would work for an unscripted competition show, but it’s certainly not great for scripted TV. So it makes some sense for NBC to just go with Olympic programming here, and hopefully give that Olympic programming at least some of the post-Super Bowl bump.

And on that front, there would at least seem to be some significant crossover. The Olympics is also sports coverage, and there are plenty of Super Bowl viewers and sports fans who are already watching Olympic coverage. Moreover, people who aren’t already watching the Olympics may be tempted to stick around to see at least some of it. Whether that number will prove greater than the carryover audience if NBC had gone with a more conventional post-Super Bowl programming strategy can be debated, and no one will ever really know the true answer. We can compare whatever this Olympic broadcast draws to other post-Super Bowl shows, but there’s no clear answer for what an alternative would do this year, especially considering that it would also be going up against Olympic coverage on NBCUniversal’s cable channels.

But it’s worth keeping in mind in all of this that this move isn’t just about NBC emphasizing live sports, or the Olympic. It’s also about the timing of the Olympics, and about the challenges that would have come from trying to drop other recurring programming in the post-Super Bowl slot. This is an unprecedentedly-late Super Bowl, and one with unprecedented Olympic overlap. That’s a key factor in why NBC made this move, and it’s a reason not to read this strictly as “NBC now only cares about sports.”

*Broadcasting note: part of why Tirico went to the 2018 Olympics early was that that was his first Games in the host role since joining NBC in 2016 (he contributed to NBC’s Olympics coverage that year, but Bob Costas was the primary prime-time host). Costas was scheduled to replace Tirico as NBC’s Super Bowl host in 2018, but was not seen in that role after he discussed the dangers of concussions in football at a University of Maryland summit (he described the eventual decision as “mutually agreeable” at the time, but spoke to ESPN in 2019 about the backlash his comments got from the NFL ). Instead, Dan Patrick and Liam McHugh (both also no longer with NBC) co-hosted the Super Bowl studio coverage in 2018. So even though that year didn’t have full Super Bowl-Olympics overlap, the overlap it did have did lead to some interesting things on the broadcasting personnel side.