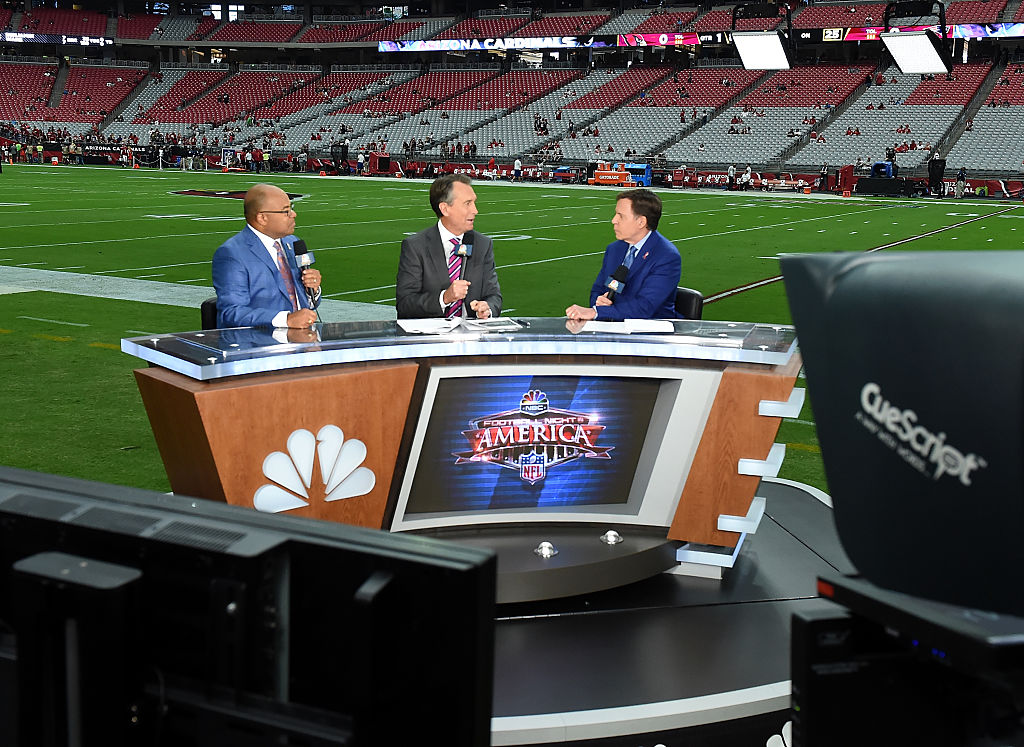 When we first learned about ESPN’s Outside the Lines feature on Bob Costas falling out with the NFL over concussions and player safety, it was jarring. Not that Costas felt this way, of course; he’s made his opinions on the league’s failings known for years. That’s what caused the friction between the NFL and NBC in the first place.

What was jarring was that this is Bob Costas, the man more identified with one network than anyone else. Costas, for most people, was the face of NBC Sports, and the network still elected to pull him from Super Bowl coverage at the NFL’s request, all because Costas, in their view, might do something other than spend the entire broadcast pretending the NFL is faultless.

The story confirmed that the impetus for Costas being pulled from coverage stemmed from from a forum in which Costas pointed out the dangers inherent to football. Costas detailed his discussions with NBC executives that led to that decision, in which he reveals that his superiors at NBC essentially told him he was right, but that it “puts us in a position that’s untenable.”

For the first time, Bob Costas tells @OTLonESPN the story of how he went from broadcasting icon to being dropped from covering his final Super Bowl. https://t.co/Zb9RkWG0pM pic.twitter.com/JxgyC6Asdo

The full story included some more details, like how Costas suggested that rather than host the Super Bowl coverage, he interview Roger Goodell, a proposal that was flatly rejected.

Costas insists that rather than being upset or feeling punished, he felt relief. Still, he says he and NBC recognized that pulling him off the Super Bowl would raise questions. Costas had a proposal: He should interview Roger Goodell.

“I was looking out not only for myself, because I’d like to do the interview, but I was also looking out for NBC because that would have taken them off the public relations hook and eliminated all the confusion about them supposedly kicking me to the curb or throwing me under the bus.”

Costas says Lazarus and Flood told him they would check with the NFL. The answer came back quickly: Goodell wouldn’t do it.

“I don’t know how far they went,” Costas says, positing that they could have demurred without argument “as opposed to what you could say, which is this: ‘Hey, we pay you guys billions of dollars, and 99 percent of what we do celebrates and promotes the league. Don’t you have some obligation to us here? It’s our year in the three-year Super Bowl cycle.’ I don’t know if that kind of pushback took place.'”

The implications here are really quite something, because again, this is Bob Costas. If NBC is willing to sort of hang Bob Costas out to dry in order to please the NFL, what kind of message does that send to anyone else in broadcasting who might want to say something that offends the NFL? (The issue exists with other leagues and sports as well, of course, but the NFL is such a singularly valuable and influential property that it has a proportionally larger pull over networks.)

Of course, there’s the fact that ESPN is the outlet breaking this story. But this isn’t so much about the influence the NFL wields over an entire operation; ESPN is compartmentalized enough that their (often very good and important) reporting on the league is shielded a bit. If, say, Suzy Kolber (or whoever) wanted to go in on the league a la Costas at that Maryland forum, things would possibly be a bit different.

Bob Costas worked for NBC from 1979 through 2019, a career that spanned just about every sport and included a stretch from 1992-2016 wherein Costas was the primetime host for NBC’s Olympics coverage, as symbiotic as a sports broadcasting relationship can be. And that still wasn’t enough for NBC to stand up to the NFL on the Super Bowl coverage, because they spend billions to air NFL games and it’s the NFL that props NBC’s ratings up every year.

If it can happen to Costas, it can definitely happen to anyone else. That’s troubling for viewers who might be more interested in coverage that’s willing to push back on the NFL’s PR-friendly narratives on player safety and concussions and player protests and whatever the next issue to arise will be.