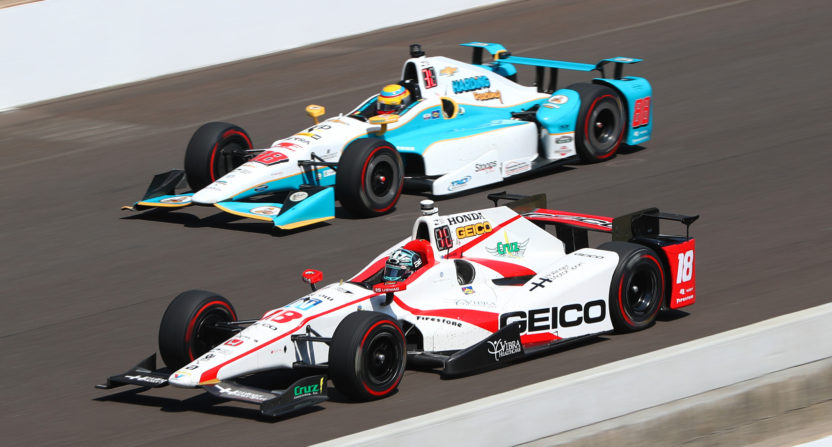 The first time ABC aired the Indianapolis 500, in 1965, Lyndon B. Johnson was president and the first Super Bowl was still a year away. Since then, much has obviously changed in the world, but ABC has continued to broadcast the biggest event in open-wheel racing, becoming as associated with the race as any network is with any sporting event. From Jim McKay to Paul Page to Brent Musberger, ABC personalities have defined the race for more than five decades.

Next year, however, the ABC-Indy 500 partnership will come to a sudden end. NBC announced Wednesday that it has acquired exclusive rights to the entire IndyCar series in a deal that will begin in 2019. The Indianapolis 500 and seven other races will air on the main NBC network, while all other events will be televised on NBCSN.

“We’re excited to have NBC Sports serve as the exclusive home of INDYCAR, which represents the most competitive open-wheel racing in the world,”Jon Miller, president of programming for NBC Sports and NBCSN, said in a statement. “We’re honored to bring the Indianapolis 500, one of the most prestigious events in all of sports, to NBC, further enhancing NBC Sports’ Championship Season.”

Despite the ABC/Indy-500 history, this agreement didn’t exactly come out of nowhere. NBC has been airing IndyCar races since 2009, so when ABC began telling affiliates last week that it would not broadcast the Indianapolis 500 moving forward, NBC was the logical guess for where the event would wind up. Between full IndyCar rights and a slate of NASCAR events, NBC has quickly become the top destination for racing fans.

Obviously there are still a lot of questions to sort out. Will the network use any of its big names (Mike Tirico? Dale Earnhardt Jr.? Bob Costas???) on Indianapolis 500 coverage or stick with its regular IndyCar personnel? Will it attempt to mimic aspects of ESPN/ABC’s production or distinguish itself from the get-go? Will ratings suffer with the race moved off its traditional home?