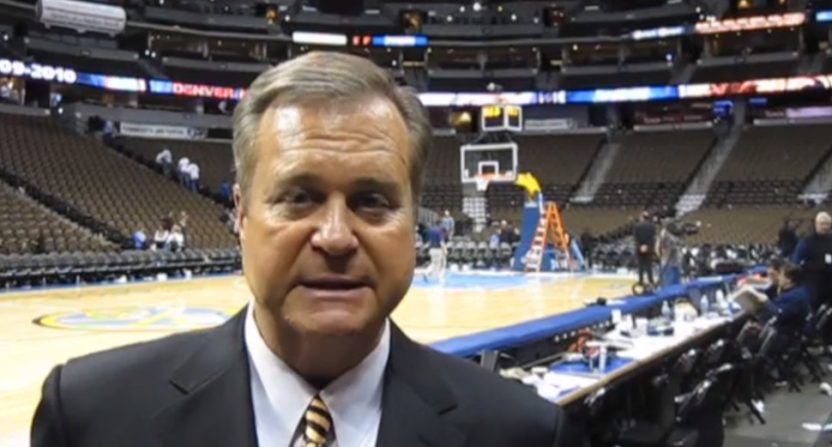 Tuesday’s announcement that NBC Sports Washington would replace veteran Wizards’ play-by-play announcer Steve Buckhantz (who’d held that role for the past 22 years with the Wizards and their predecessors, the Bullets) with Justin Kutcher took a lot of blowback.

Some of that is because of Buckhantz’s popularity with fans, but beyond that, there are many upset about how the transition was handled. Eamonn Brennan of The Athletic has a good piece on that, which includes the detail that Buckhantz was told of his firing while he was in a hospital emergency room supporting his mother (who had a fall Tuesday evening):

“It puts everything in perspective, given that I’ve been in the hospital with my mom,” Buckhantz told The Athletic on Wednesday. “But the timing couldn’t have been any worse. It was a real gut punch.”

It was also merely the coda of what has been, by any standard of organizational behavior, an abject disgrace. From start to finish, NBC Sports Washington – and, let’s not be naïve, Monumental Sports Group itself – have strung along Buckhantz, let him dangle in professional purgatory, refused to give him a definitive answer on his future, and always shrunk from, and hoped to minimize, public backlash to a decision that appears to have been made months ago.

The entire process has been, in a word, cowardly.

That’s some strong language, but Brennan backs it up, noting that NBC Sports Washington opted not to renew Buckhantz’s contract after the season but still insisted the door was “open” to his return, even while they were interviewing at least a dozen other candidates for the job and declining to tell his agent anything on if he still could return. And then, months after the season, they informed Buckhantz via a phone call only an hour before the story broke that Kutcher was being tabbed as his replacement.

And, as Brennan notes, while NBC Sports Washington general manager Damon Phillips has insisted publicly that “talent decisions are made by the TV network, not the team,” that doesn’t seem to actually be the case. A source told Brennan “Zach Leonsis, senior vice president of strategic initiatives at Monumental and general manager of Monumental Sports Network, and son of CEO Ted Leonsis, was understood to be a prime mover behind the change.” And Buckhantz himself, in comments to 106.7 The Fan DC’s Grant Paulsen and Pete Medhurst Wednesday, said he felt the team had a large role to play here:

“Team. Team. Team. Team has all say in this,” Buckhantz said. “Let’s not be mistaken about that. There was a reason that Jon Miller was fired from the Orioles, the best announcer in all of baseball. He wasn’t enough of a homer and he was let go. Mel Proctor in the same situation. Two of the best announcers there are. Marv Albert with the Knicks. I mean, can you be any more synonymous with the Knicks than Marv Albert, a legend, and let go from the team?”

Buckhantz singled out Ted Leonsis and his son, Zach, who serves as vice president and general manager for Monumental Sports, saying he has not heard from either since the start of this process.

“So listen, don’t kid yourself,” Buckhantz said. “Let me ask you a question. If somebody from our company had gone up to Ted and Zach and said, ‘Listen, we’re thinking about changing the hockey announcers, because I’m just not sure about them,’ you don’t think he would have looked them right in the face and said ‘that’s not happening’?

“Well, that didn’t happen here, so that’s unfortunate, and that’s the most hurtful thing. And I have not heard from Ted or Zach at all since this has happened, or since the whole process even began, and that’s also hurtful.”

But whether it’s NBCSW or Zach Leonsis behind the move, the move was terribly handled. Removing a long-tenured fan favorite like Buckhantz would lead to blowback under any circumstances, but the particular way NBC Sports Washington did this only increased that criticism. If they’d merely announced that they weren’t going to renew Buckhantz’s contract shortly before the end of the season, or let him break that news himself, then he could have said a proper goodbye to Wizards’ fans instead of “hope to see you in the fall.” Instead, they strung him out for months while prominently interviewing people to take his job, and then decided to ultimately get rid of him anyway.

And, as Brennan notes, this makes life harder for Kutcher as well. If NBCSW had announced Buckhantz’s departure at the end of the season and said they were going to search for a replacement, they would have taken some criticism, but there would likely be less vitriol directed at Kutcher when his hire was announced months later. Instead, the news of his hiring came right around the news that the team was parting ways with Buckhantz, making him a more direct replacement and putting him in line for more of the backlash.

This decision would have been bashed regardless of how NBCSW did it, but the particular way they did it intensified the backlash further. And this should serve as an example to other RSNs. If you’re really, really determined to get rid of a popular long-time announcer (which maybe you shouldn’t be!), there are certain approaches that are going to make that decision look even worse. And NBCSW displayed one of those.