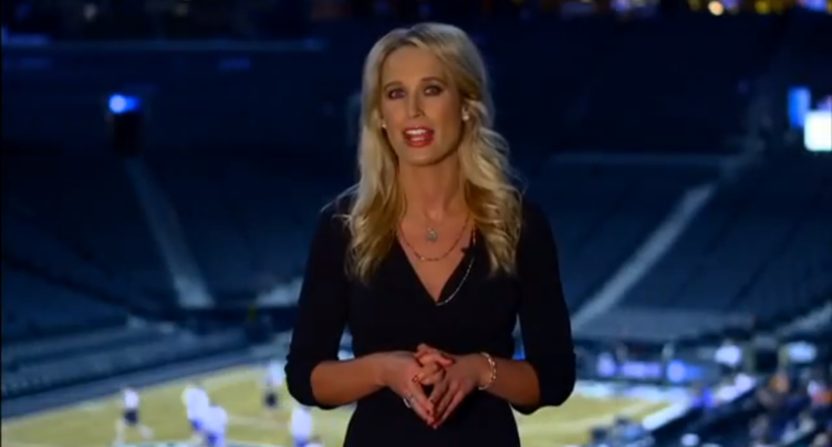 YES Network has announced that Sarah Kustok will be the full-time analyst for the Brooklyn Nets for the 2017-18 season. Kustok is familiar to Nets fans, as she’s been the courtside reporter on YES for the past five seasons and has also filled in as the game analyst starting in 2015.

As a result, she’ll be the only woman to be the primary solo game analyst for an NBA team on a regional sports network, though women (including Stephanie Ready and Ann Meyers Drysdale) have worked as game analysts on either a part-time basis or as part of a three person booth in recent years. Jim Spanarkel will also be the analyst on selected games. Mike Fratello was the primary analyst and will now move to the studio.

“These moves strengthen what is already considered by fans and NBA insiders alike as the best local television team in the NBA,” said John J. Filippelli, President of Production & Programming, YES Network. “Sarah has proven herself time and time again throughout her five years covering the Nets for us, and Mike’s move to the studio will enable us to take full advantage of his Xs and Os acumen gained from more than 40 years in the NBA.”

Ian Eagle and Ryan Ruocco will continue to split play-by-play duties for YES.

Kustok played for DePaul and was captain of the team that went to the NCAA Tournament in 2003 and 2004. In addition, Kustok ranks 4th in school history in field goal percentage and she was an assistant coach for DePaul during the 2005-06 season.

She’s also been the color analyst for Big East women’s games on FS1.