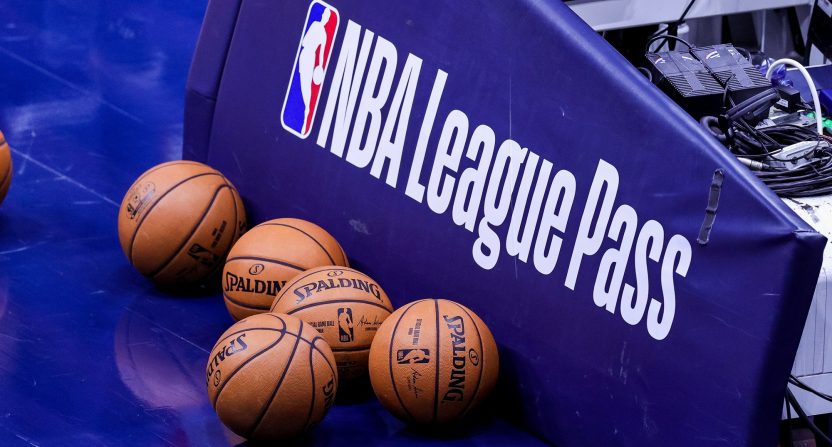 On Thursday, I saw an interesting tweet from John Ourand of the Sports Business Journal. Ourand noted that through an agreement with Viasat, NBA League Pass would be coming to JetBlue flights.

NBA League Pass will be available on JetBlue flights thanks to a deal the NBA signed with Viasat. Other airlines are expected to make the out-of-market package available, too.

I dug out the press release for some more information, and yep, NBA League Pass will be available on JetBlue flights thanks to the league’s new partnership with Viasat.

But it won’t be available on flights in the US, Canada, and China!

The National Basketball Association (NBA) and Viasat Inc. (NASDAQ: VSAT), a global communications company and leading in-flight connectivity provider to many of the world’s most recognizable airlines, today announced a groundbreaking multi-year partnership to make NBA League Pass, the league’s premium live game subscription service, available to millions of airline passengers while in flight. The partnership will provide a streaming experience in the sky, enabling airline passengers to access live and on-demand NBA games and content on their personal electronic devices at no extra cost when they register for NBA League Pass in-flight. JetBlue will be one of the first airlines to offer NBA League Pass on Viasat-equipped aircraft, with additional airlines expected to be announced.

Available during the 2021 NBA Playoffs, which will tip off Saturday, May 22, Viasat will enable access to the premium version of NBA League Pass – featuring every NBA game live and on-demand – to passengers onboard aircraft with Viasat In-flight connectivity. NBA League Pass will be available on any route, except for flights within the U.S., Canada and China; international flights to and from these three countries will also have access to the service.

Given that JetBlue’s list of destinations is largely domestic, this largely seems like a non-starter for American travelers (unless you’re flying to the Caribbean, London, or a handful of South American locations).

In short, this is a nice step for the league, but for now, you’re not going to be able to watch the game of your choosing if you’re flying from Los Angeles to New York.