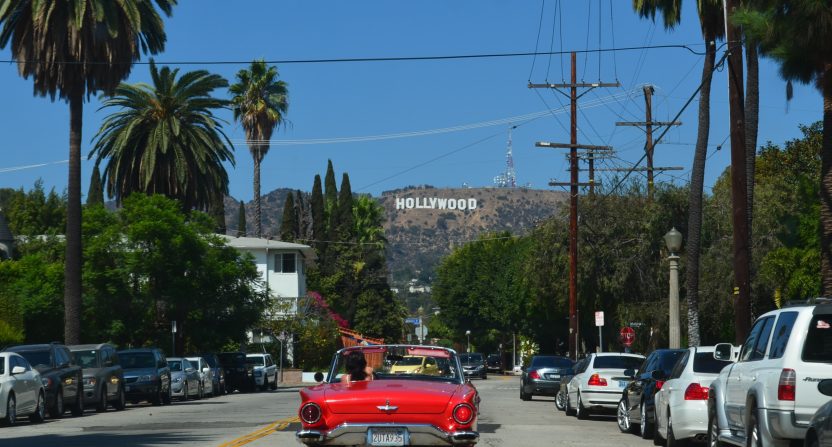 There are plenty of iconic professional sports teams worthy of a television series, but none quite as suitable as the LA Lakers. This iconic franchise does, after all, offer plenty for scriptwriters to work with. Legendary players, plenty of success, and of course, the backdrop of the City of Angels, the city that oozes style, history, and, let’s just say it, plenty of famous faces.

The story of the LA Lakers is one that deserves to be told, and happily, it’s happened. Winning Time: The Rise of the Lakers Dynasty will premiere in March 2022 on HBO Max and early signs suggest it’s going to be a show not to be missed.

In this blog, we’ll take a look at the essential details, including what it’s about, who’s in it, and the response from Lakers players past and present.

The Lakers have a long history to draw upon. And they’re doing pretty well right now, too. This show will focus on arguably the team’s greatest period: the 1980s. Based on the book Showtime: Magic, Kareem, Riley, and the Los Angeles Lakers Dynasty of the 1980s by Jeff Pearlman, this docudrama series will tell the personal and professional stories of the key figures of the team. There’ll be depictions of some of basketball’s most famous faces, as well as the people behind the scenes that help to bring some unparalleled success to the team.

A Who’s Who Of Famous Names

The characters depicted in the series are legendary figures in the world of basketball. The two main stars of that Lakers team were, of course, Magic Johnson and Kareem Abdul-Jabbar, and they’re the players that the series will focus on most. Jerry Buss and Jerry West, the main drivers behind the scenes at the Lakers at that time, also feature prominently.

Famous names connected to the Lakers, such as Jack Nicholson and Richard Pryor, are also depicted.

It’s not just the characters in the series who are famous. The people making the series are also household names. The series is the brainchild of famous director Adam McKay, for starters. The cast includes Hollywood heavyweight John C. Reilly in a leading role and Sally Field, Adrien Brody, and Jason Segel, among others.

When Will It Be Released?

There’s no definite release date yet. HBO has just said that it’ll come out in March 2022. Given that March is just around the corner, we can expect more details to emerge soon. All we have so far is the trailer, which you can see below.

One Lakers figure who is very much excited about seeing the series is the team’s main man, LeBron James. And it’s not hard to see why the all-time NBA great is eager to see the show. Part of the reason why the Lakers retain such good NBA odds is because of the historical success of the organization. It was the team’s championship victories in the 1980s, after all, that made it even possible for James to sign for the Lakers in the first place. Success has a habit of breeding itself, and it was the Lakers team of the 80s that got the success train rolling.

…But Magic Johnson Is Not Looking Forward To It

There’s a lot of hype around the series, but that doesn’t mean that everyone is looking forward to it. One such person is Magic Johnson, the Lakers legend who features heavily in the docuseries. He’s gone on record to say that he’s not looking forward to it and that he won’t be watching it. Why? He didn’t elaborate. All he said was that there are other documentaries and shows surrounding the Showtime Lakers.

But that’s just Magic Johnson’s view. Given the team, characters, and all-star cast, this is a show that’ll have wide-ranging appeal. It won’t just be Lakers fans, or even basketball fans, that tune in. The quality of this story means even non-basketball fans will find something to enjoy.