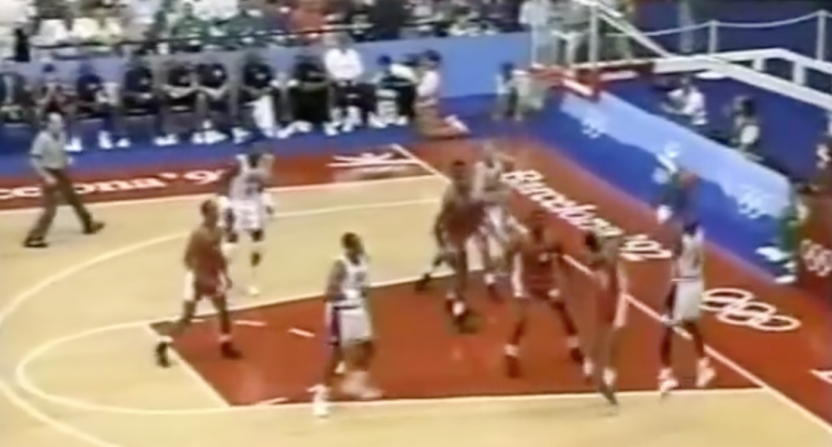 The Olympic Channel is going live on the air this weekend with an unprecedented amount of coverage and dedication to Olympic sports typically overshadowed in the sports programming gauntlet. But the channel also gives an opportunity to rebroadcast past Olympic moments and events that have long been forgotten or lost in the archives. Among the highlights of the Olympic Channel’s planned programming is a full re-airing of all eight games played by the 1992 United States men’s basketball team, The Dream Team.

According to Richard Deitsch of Sports Illustrated, the Olympic Channel will air all eight games played by the Dream Team in their entirety beginning on Monday, Aug. 28 in primetime. One game will be aired each night, followed by an 11-hour marathon on Labor Day (Sept. 4). This will be the first time many viewers will get to watch the full game broadcasts, as some of the games were trimmed down for scheduling limitations of NBC’s original coverage. Full games were available on the old Triplecast, a pay-per-view option for additional uncut coverage of Olympic events, but not every game was shown in its complete form on NBC.

This means we’ll get to watch USA’s beatdown of Angola once again. Remember, Charles Barkley famously said “I don’t know nothing about Angola, but Angola’s in trouble.” He was right.

The 1992 Dream Team may have even been the first basketball team a generation of sports and basketball fans remember watching. That is the case for me, I will admit. The summer of 1992 made Olympic basketball appointment viewing, with a cast of basketball icons having their way with anyone who dared step foot on the same court. Now, we get a chance to relive the dominance of the first true super team basketball had to offer, and one that will be unrivaled in terms of dominance for as long as anyone can imagine.

This will be an opportunity to watch the best basketball team ever assembled. The entire team was inducted to the National Basketball Hall of Fame, and all but one player on the roster has been enshrined in the Hall of Fame as well (that lone wolf would be Christian Laettner, who made the team over Shaquille O’Neal as the lone college basketball player).

If we can get some press conference footage too, that would be good.