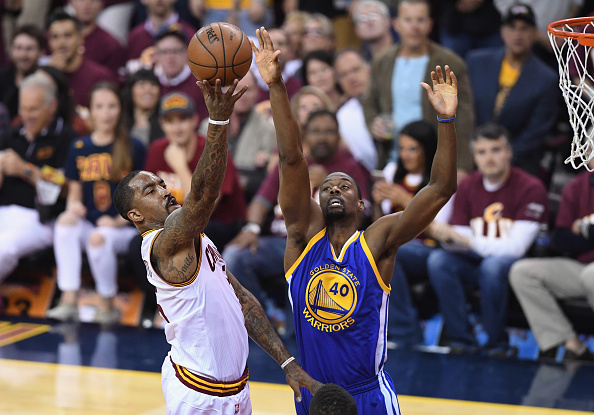 On Thursday, the NBA announced that 17 of its 30 franchises would participate in the inaugural NBA 2K esports league for 2018.

As announced back in February, the league will be a joint venture owned by the NBA and Take-Two Interactive Software Inc. The NBA is the first U.S. pro sports league to co-own an esports organization, but it’s just the latest in a long line of moves to further ingrain established leagues into the budding world of esports.

French, Spanish and Dutch clubs have already combined forces on a (EA Sports) FIFA league, and ESPN even partnered with EA to broadcast the matches. The Pac-12, one of the five richest college athletics conferences in the United States, has added esports to its list of sponsored competitions. That support includes not just sponsored events and infrastructure, but Pac-12 Network (the league’s owned and operated channel) support as well.

This is the sports consumption environment we’re now entering, where League of Legends can out-draw the NBA Finals. It’s also indicative of how sports leagues (pro and college) are starting to search for a way forward in this uncertain terrain around their programming.

Last week, ESPN laid off over 100 employees, including some very big and forward-facing names, as a way to keep (parent company) Disney investors at bay while the company deals with an ongoing cord-cutting crisis. In one month of 2016 alone, ESPN lost over 621,000 subscribers. For a family of networks that makes a large chunk of its earnings off of subscriber fees (the most expensive in the TV industry, actually), news like this is is not what you want to hear.

It’s not what league partners necessarily want to hear, either.

The NFL is ESPN’s largest property, and one that has only recently begun to confront its struggles with a streaming-centric live sports world. While they wholly own and operate NFL Films, and own their own broadcast rights, they get that live content to consumers by way of partners like ESPN, CBS, FOX and NBC. The NFL Network is another outlet, but it, like its parent league, has only recently started to explore digital options.

In contrast, the NBA works with Turner, has long been digitally-focused and there’s a certain web savvy there that the NFL (their Snapchat presence is actually pretty engaging) just now dabbles in. The NBA will hand you every .gif and meme and highlight clip from last night’s action because it understands better than most how people consume sports. It’s rarely in three- and four-hour increments, but three- and four-minute segments.

The NBA doesn’t care how you consume its content, but they’ll make sure they’re the ones to deliver it to you. Advertisers are still cashing in, however, according to attention analytics company iSpot.tv.

During the last two weeks of NBA playoff action TNT, brands spent nearly $106 million on ad spots. And audiences were tuned into the ads, too. The average view rate (AVR is the percentage of an ad that is watched across all views of that ad) was 91.71 percent across the board, with over 86 percent of spots watched to completion.

The NBA also works with ESPN, in the early days of a nine-year, $24 billion deal split between them and Turner. That money is virtually assured, but the NBA is also acting in its own best interest with this esports deal, just to continue growing its footprint and audience.

Over in the Pac-12, the league owns its own rights and produces its own content. It has partnerships with FOX and ESPN, but most of the Pac-12 content is disseminated by the league itself through digital means.

Another college conference, the ACC, is due for its own (ESPN-owned) network in 2019. And there were questions galore about those prospects after ESPN’s layoffs. Members have been assured all’s going according to plan. But there’s a potential benefit — for the conference and ESPN — to have that stay as digitally-focused as possible. Given the losses ESPN’s incurred with regard to subscribers, is there any chance they’ll be able to get traditional cable and satellite providers to sign on once again?

In any case, the trend of leagues moving to own as much of the content distribution as they can is likely to continue. You’re already seeing it grow with brands, celebrities and political figures, who increasingly use social media to share images, videos and messages on their own terms. MLB and the WNBA will bring content directly to Twitter’s video platform. The NFL was on Twitter last year, and will be on Amazon (and one game on go90) this fall.

Live content is still the lifeblood of advertisers and publishers, and sports is the biggest ticket around. Whether it’s traditional competition or esports may change over time. But the moves around the industry now are all keyed in on controlling as much of your (networks, leagues, advertisers) destiny as possible.

John Cassillo covers all things Syracuse sports (and beer) as managing editor of Troy Nunes Is An Absolute Magician. An SU alum, he hasn't missed an Orange football game since 2006, despite his better judgment. John lives in the Los Angeles area with his wife, and his dog who's named after Jim Boeheim.