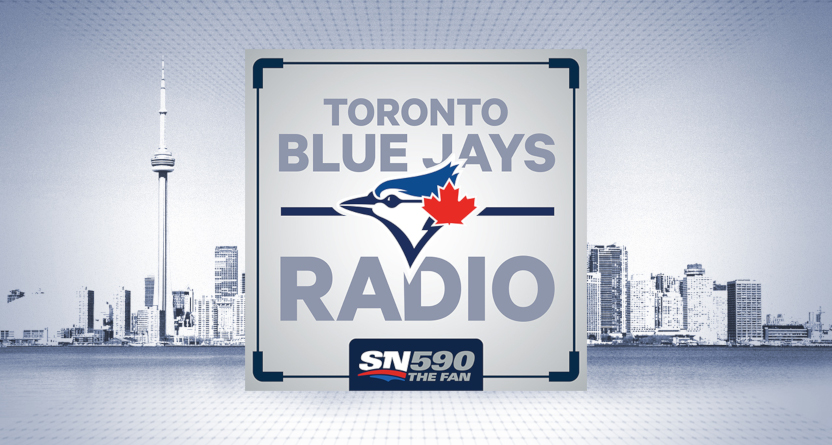 Canada’s Rogers Sports and Media owns MLB’s Toronto Blue Jays and the TV (Sportsnet) and radio (Sportsnet The Fan 590 in Toronto, plus many of the stations in the Blue Jays Radio Network across Canada) that carry their games. That’s now led to the Jays being the only MLB team to not have a distinct radio broadcast. (That can be confirmed via this list of the current broadcasters for each team.) Rogers announced Friday that they’re  “streamlining” their Jays broadcasts for 2021 (read: killing the radio feed and replacing it with a simulcast of their TV feed). And, amazingly enough, they’re trying to blame the COVID-19 pandemic for this, citing travel and production issues. Here’s that announcement:

“In an effort to minimize travel and closely adhere to team, league, and government protocols related to the pandemic, Sportsnet will be streamlining production for the 2021 season by simulcasting TV broadcasts on Sportsnet 590 The FAN and across the Sportsnet Radio Network. Blue Jays fans can now enjoy the legendary voices of Buck Martinez, Dan Shulman, and Pat Tabler on both TV and radio. Ben Wagner remains part of the Blue Jays on Sportsnet broadcast team, joining Jamie Campbell, Joe Siddall, Hazel Mae, and Arash Madani in covering all the bases throughout the season.”

“Travel” doesn’t really seem to be a question here with any relevance to the radio broadcast. It would be in a normal world, but 2021 is not normal, including for the Jays, who plan to split their home games amongst Dunedin, Florida (to start), Buffalo (where they played last year), and perhaps Toronto if governmental regulations allow that later in the year. But that’s not something affecting the broadcasts; last year saw local radio and TV broadcasters across MLB markets working from home facilities for away games.

And specific to the Jays, even their home games in Buffalo last year were called from Toronto studios by Wagner and Mike Wilner (who Rogers let go in November). And as per that TSM story, the remaining Jays TV feed (and its radio simulcast) will have again Dan Shulman and Buck Martinez calling games off monitors in Toronto, with Pat Tabler contributing from his home in Ohio, similar to what they did last year. So it seems silly to say that they’re not having a separate radio feed “in an effort to minimize travel.” The real logic here seems to be about saving money. And if that is the actual reason for this move, even if this release only mentions 2021, it seems unlikely that a real, separate radio feed will return in 2022.

Beyond the unsupported comments from Rogers about making this move over travel and pandemic restrictions, this is a poor idea in general. There are huge differences between TV and radio play-by-play; the visual element involved in TV means that broadcasters don’t have to be as descriptive of everything the way they are on radio. Using the same feed for both mediums seems likely to produce an inferior product for both. And there are a lot of people who love baseball on the radio rather than the TV version; that’s not going to be the same with a TV simulcast. While there are always some people happy to chirp that “Radio is dead!”, that really isn’t the case for live sports games, and for MLB in particular.

In fact, the biggest previous move in this direction was a much less significant one, with the Oakland A’s announcing ahead of the 2020 season that their radio broadcast would only be available digitally in their home market thanks to issues finding a terrestrial affiliate. But that was still an independent radio feed with the expected team of radio broadcasters; all that changed was the distribution platform. And that still irked a lot of people, and the A’s eventually changed course six games into the season and signed a terrestrial deal. Going away from a separate radio feed altogether and just repurposing a TV feed feels much bigger, and much more likely to create strong backlash. Here’s some of the backlash that popped up on Twitter Friday:

1000% agree with Kevin Kugler here. Radio and TV play-by-play is so different. Simply…Radio and TV are completely different mediums! An MLB team should not do a simulcast. Feel bad for Blue Jays fans. https://t.co/2esGJh8OvL

Well, your parent company that had fourth-quarter profits of $449M cheaped out on having a distinct radio broadcast. Not OK, Blue Jays. https://t.co/OzNx3qYtVJ

Honest…. Many nights I've sat in my car listening to @BlueJays games on the radio to catch a few more innings instead of watching on TV. There is something about the sounds of the game on radio that just makes it such an incredible medium. This, to me is a huge loss.

As a play by play guy by trade, I fundamentally cannot support a simulcast of the tv call on radio for any sport, least of all baseball. I’ve called radio and tv. It’s a way different call. I feel bad for the Blue Jays radio voiceBen Wagner who will switch roles.

Terrible. Raptor simulcasts were bad – that’s why they stopped them.

I don’t want constant talking on the tv, and silence on the radio is bad. I can’t see this being anything but terrible for Blue Jays fans.

so many times I choose to listen to the radio feed instead of watching. bluetooth speaker outside at the cottage instead of stuck in front of the TV. those days are gone.

On another note while I watch #Sabres practice, this is just stupid. Major boo. Hiding behind the pandemic to save money. Simulcasts stink. And baseball is the biggest radio sport of all. Just a terrible decision. Canadian media is an absolute mess. https://t.co/Tq03nH1f1v

This is really awful. Blue Jays radio has such a great history with Tom Cheek and Jerry Howarth and now the team is going to throw away Ben Wagner’s great voice for a simulcast.

Agree. Radio is a medium all its own, "the theatre of the mind," as @gordwilson said. This is a major mistake by the Blue Jays. Baseball, especially, needs a radio broadcast. Just something about it. https://t.co/92VoOptWmV

The idea of simulcasting a TV feed on radio has been done in some sports, particularly with some NHL teams. But that generally hasn’t gone over very well. And baseball seems like a particularly bad sport to try to bring this to. We’ll see how it works out for Rogers.