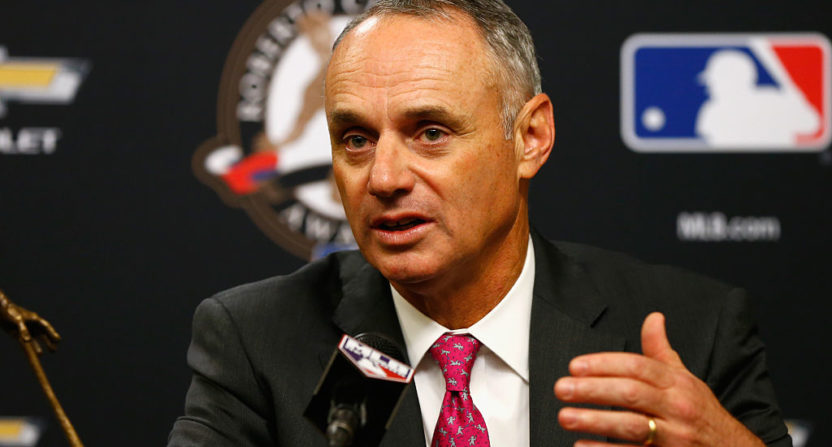 Last week, Facebook and Major League Baseball announced a partnership that will result in 20 MLB games this season streamed live on the social media site. The deal, which began last Friday with a matchup between the Reds and Rockies, is the second example of MLB partnering with a social media giant, after the league reached a deal with Twitter last summer to stream games there.

In both cases, MLB—like all the other likes that have engaged in similar agreements—wants to find viewers where they are, to bring baseball to fans (or potential fans) instead of making them seek it out.

It’s important for us to be on platforms where young people are. One of the biggest challenges for us is passing the game onto the next generation, and we think Facebook is an ideal partner to help us accomplish that goal.

We need to be on multiple platforms to grow the game to its full potential, and I think you’ll see us in the coming years continuing to experiment with ways to deliver our product to young people. Facebook’s a part of it, BAMTech’s a part of it. We have a lot of initiatives going in this area.

For years, MLB has suffered through a well-publicized struggle to get young people interested in baseball, and Manfred seems to distribution as a key front in that battle. Of course MLB also needs to promote participation in the sport and market its stars and do all the other things that might make the game attractive to kids and young adults, but providing accessible streaming options is clearly a piece of that puzzle.

In the interview with Cheddar, Manfred also discussed expanding internationally through streaming partnerships such as with Le Sports in China and, most recently, Veqta in India.

“We have entered into a number of interesting international—Le Sports in China being preeminent among them, but we also did a platform deal in India recently. We think it’s important to make our product available in new markets so that people become familiar with the game, as a prelude to us actually playing in those markets.”

Baseball has let the times pass it by in the past, but Manfred seems well aware of online streaming’s prominence, as it begins to replace television as they way people consume sports.

Here’s the interview with Cheddar: