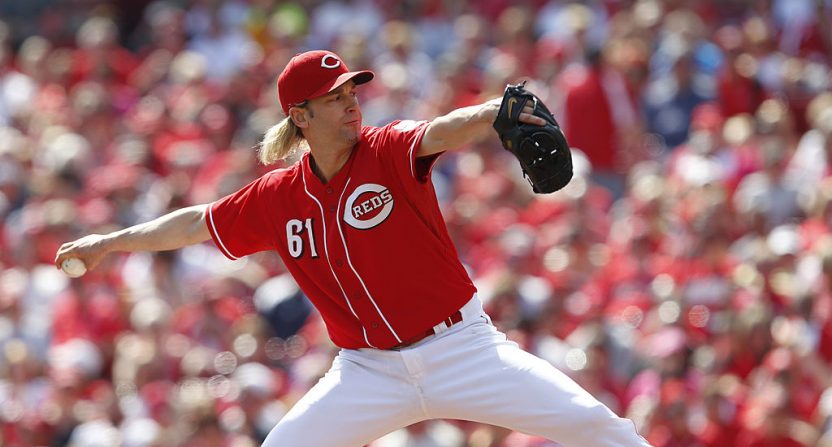 The games, which will all air on Friday nights, will be available nationally and not subject to blackouts. The Facebook feed will come from the local broadcast of one of the two participating teams.

The partnership will begin Friday with a not-so-scintillating matchup between the Reds and the Rockies at 7:10 p.m. ET. No other specific games have been announced.

This deal is interesting given Zuckerberg’s past comments on streaming sports. According to SportsTechie.com, the Facebook CEO said the company might try broadcasting sporting events at some point but that it wasn’t a priority.

“The goal is going to be creating some anchor content initially that helps people learn that going to the video tab that that’s a great destination where they can explore and come to Facebook with the intent to watch the videos that they want,” he added. “And then the long-term goal is actually not to be paying for specific content like that, but doing a revenue share model once the whole economy around video on Facebook is built up. But we’re working on that, and I think we’ll probably look at different pieces of content like this around the world, but at this point don’t feel like any specific one of them is a must-have for us.”

Apparently Facebook is willing to invest in live sports after all, despite lacking the video infrastructure Zuckerberg described and despite not being able to use the revenue-sharing model that he is striving toward.

Here’s what Facebook executive Dan Reed said in a statement Thursday upon announcing the new partnership with MLB:

“Baseball games are uniquely engaging community experiences, as the chatter and rituals in the stands are often as meaningful to fans as the action on the diamond. By distributing a live game per week on Facebook, Major League Baseball can re-imagine this social experience on a national scale. We’re thrilled to work with MLB to enable baseball fans on Facebook to watch live games and connect with friends and fellow fans around the action, no matter where they live in the U.S., and are excited to help the league continue to reach new audiences on our platform.”

Facebook is just the latest tech company making a venture into high-profile sports streaming. Twitter has been the most aggressive, streaming numerous events, including baseball games and Thursday Night Football, while Amazon recently purchased rights to the TNF package for next season.

If Facebook is serious about sports streaming, despite previous indications from Zuckerberg, future bidding for rights could be more heated than ever.