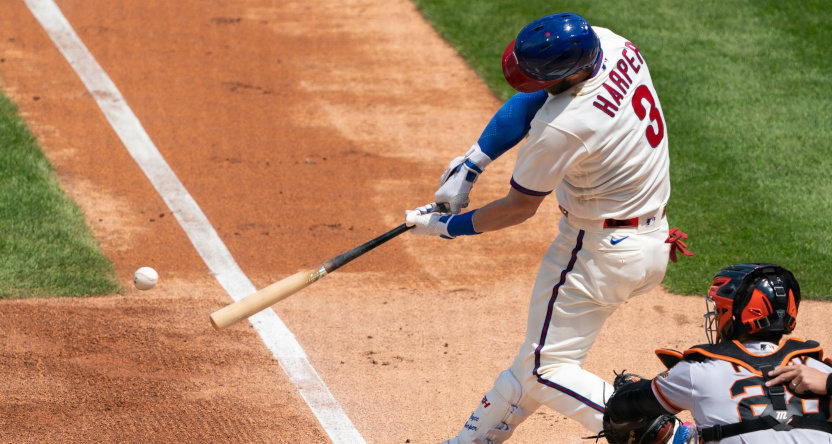 There have been some interesting MLB free streaming moves recently, including exclusive games on YouTube (21 this year). The next move is this coming weekend’s Phillies-Giants series, which will be broadcast free nationwide on NBC streaming service Peacock, and will feature a combined announcing group combining both teams. These games can be seen on the Peacock free tier nationwide (and they’ll also be available on MLB.tv to out-of-market viewers), but they won’t be on the teams’ normal regional sports networks.

Here’s more on what to expect from this broadcast from a release:

Major League Baseball (MLB) and Peacock today announced the Philadelphia Phillies at San Francisco Giants three-game series on June 18, 19 and 20 will be presented on Peacock nationwide. During Father’s Day weekend, fans anywhere in the U.S. can watch Buster Posey, Brandon Crawford and the first place Giants host Bryce Harper, Andrew McCutchen and the Phillies for free. Sign up for Peacock at peacocktv.com/sports.

The weekend series on Peacock combines the announcing teams of both historic franchises together in one broadcast for a unique presentation for all fans. Jon Miller (Giants) will serve as play-by-play announcer, alongside analysts Mike Krukow (Giants), John Kruk (Phillies), and Jimmy Rollins (Phillies) live from Oracle Park. The live coverage will also include special features and guest contributors. Additionally, Peacock will deliver comprehensive pregame coverage leading up to each game.

There are some cool elements to this. Combining the broadcast groups of both teams should be interesting, especially with nationally-known figures involved in Miller, Krukow, Kruk and Rollins. And it’s good that this is on the Peacock free tier rather than a pay tier. And this series seems like a good one to take from regional broadcasts only to a nationally-available one, especially with the Giants playing as well as they are.

Of course, this will be annoying to some fans already in these markets who only watch games on cable/satellite RSN coverage and don’t have their TVs set up for streaming. That backlash happens with all of these streaming-exclusive games, from Facebook to YouTube to this. And there are also some questions about how well the streaming will work here; even longer-established streaming services like ESPN+ have been having major issues recently and taking criticism for their performance (in ESPN+’s case, with the ongoing Euro 2020 championships). But Peacock has been doing some sports (particularly English Premier League soccer and the NHL), and is set for more (particularly around this summer’s Olympics), so it’s not like they’re new to this either. We’ll see how this works out.

[Photo of Bryce Harper and Buster Posey from Bill Streicher/USA Today Sports, from an April 21 game]