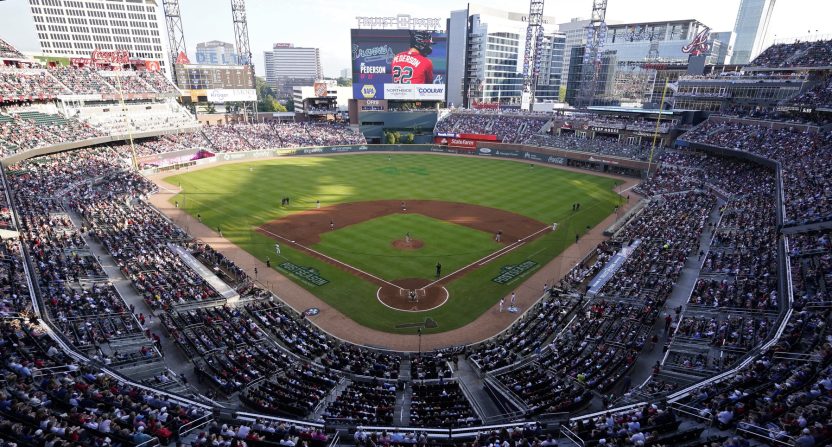 Remember a week ago, when MLB free agency was at a fever pitch, despite the impending lockout? Yeah, good times. That lockout came on Thursday at midnight, and baseball has shockingly fallen out of the spotlight.

When the lockout was announced, MLB.com was stripped of player photos and news, pivoting to evergreen content and generic blank headshots. This seemed like a weird strategy, but hey, labor disputes in the digital and social media age are few and far between.

On Tuesday, The Athletic dove into the scrubbing of the players, and revealed a startling note: not only were the player pictures and news stripped from the site, but MLB.com’s reporters were instructed to not write articles about current players and not mention them on social media.

For MLB.com reporters, the new content limitations were explained last month in staff meetings. Multiple MLB.com employees said they were told they could only mention a player’s name in an article if absolutely necessary, and that player could not be the focus of the story. Any reference to a player must be approved by editors. Reporters were encouraged to write evergreen stories — about former players, non-40-man prospects, coaches, Hall of Fame candidates and history — instead of forward-looking angles about the upcoming season.

MLB.com reporters initially were instructed to maintain a low profile on social media during the lockout, according to sources, but hours before the CBA expiration that directive changed: Writers are to avoid posting about baseball on social media until further notice. (That restriction was eased the following day, yet reporters were asked not to mention 40-man players or comment on the labor situation.)

Days later, MLB.com is (still) Hall of Fame and evergreen-centric, with a pair of links to information about the CBA stuck in between news and charity sections. 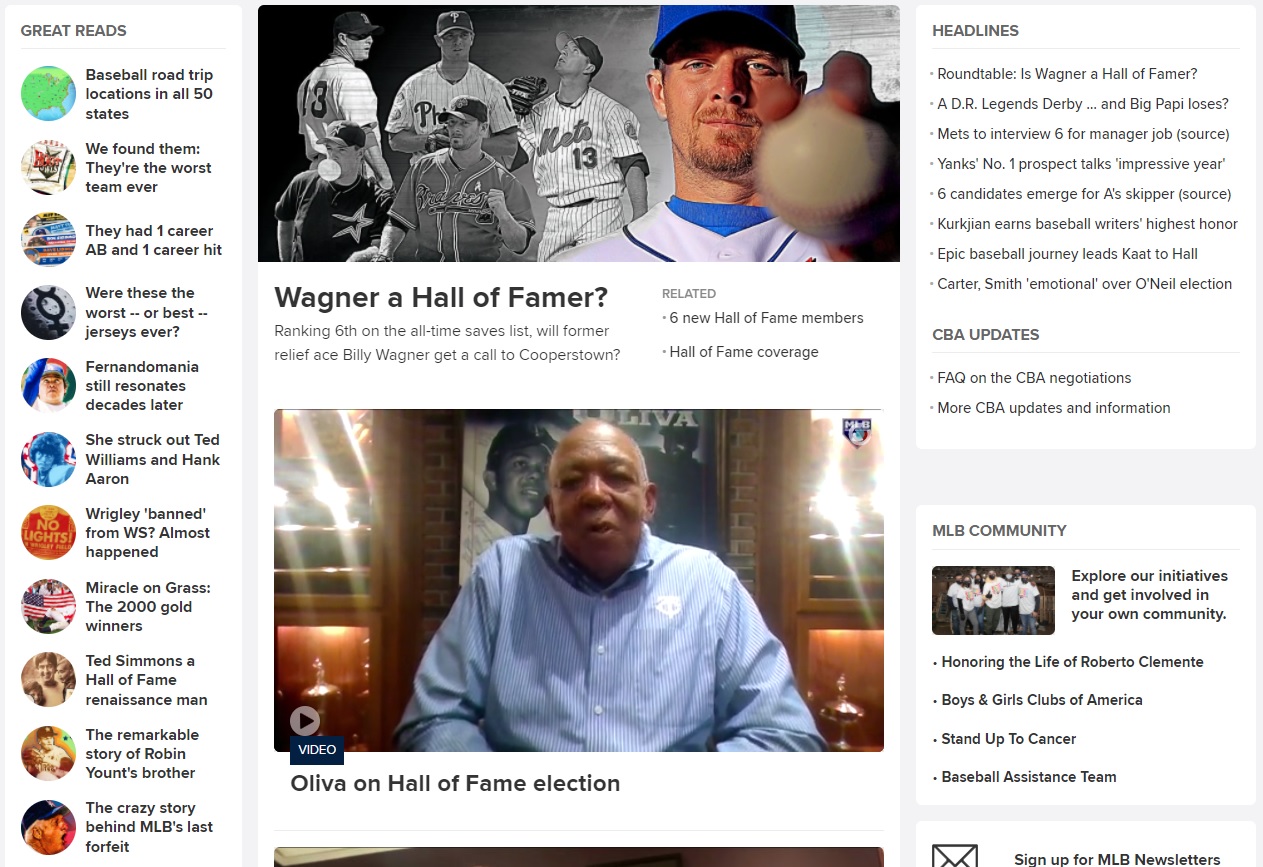 Oh hell yeah, give me all the stories about baseball at the 2000 Summer Olympics!

On social media, MLB’s Twitter feed has almost exclusively been tweets about the Hall of Fame, aside from one today about youth mental health. Casually scanning various Twitter feeds of MLB.com reporters, there’s a real lack of current MLB content on there – the Hall of Fame is the most popular baseball-related content popping up.

The on-air programming at MLB Network has also taken a dramatic shift. Gone are offseason staples like Hot Stove, High Heat, and MLB Tonight, and in are…archived games, films, and documentaries. Hell yeah. Here’s something from The Athletic’s feature.

MLB.com reporters and MLB Network on-air personalities may cover breaking news and CBA negotiations, according to the league, but will not create content featured around current players until a new CBA has been agreed to. That means very rare mentions of players on the league’s website or network due to a Catch-22: MLB Network and MLB.com can still mention players where breaking news warrants it, but because there will be no transactions and little news for the considerable future there will be few occasions to discuss them by name.

MLB Network plans to still air old games and archived footage that doesn’t involve current players — that footage is under MLB’s copyright, the league noted. Individual clubs will also be limited in how they can use the name, image and likeness of their players; players are not permitted to attend any club event or appear on any club programming or media channels, including social media, per MLB.

Here’s a screenshot of the schedule for Wednesday, December 8th. 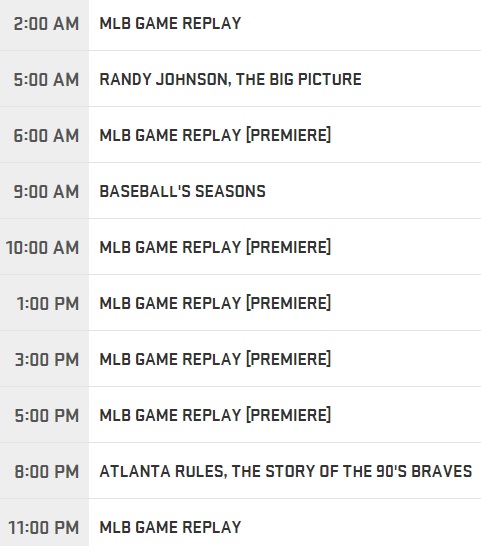 Oh hell yeah, give me all of the game replays, just like we’re back in April of 2020.

On the bright side, MLB hasn’t stripped videos from their YouTube channel. Sure, they haven’t uploaded anything new in a week, but at least I can watch the bottom of the ninth of this year’s World Series whenever I want.

Anyway, this is a mess, and I’m quite interested in what MLB’s digital and social numbers look at the end of the month, assuming there still isn’t a new CBA.