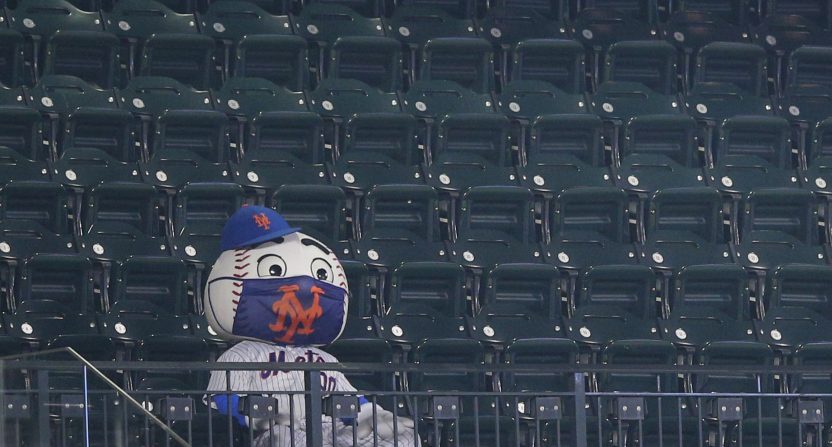 After he bought the New York Mets for over $2 billion last year, Steve Cohen took to Twitter to interact directly with fans. He’d ask what they’d like to see as part of the gameday experience, offered up insight based on team transactions, and teased potential uniform tweaks. It was all in good fun.

But when you buy the New York Mets, you learn very quickly that fun isn’t part of the transaction.

Cohen learned that lesson as soon as the GameStop stock brouhaha went down, pitting Reddit investors against mighty hedge funds like Melvin Capital Management, which had apparently lost billions in the short squeeze. It was revealed that Cohen’s Point72 Asset Management, along with another hedge fund, Citadel, dumped $2.75 billion into Melvin, which is run by Cohen’s former protégé Gabe Plotkin. That news brought Cohen directly into the sights of those who saw this as a referendum on wealthy Wall Street traders and their attempt to keep others from getting a slice of the pie they’d been hoarding for themselves.

And that put a target directly on Cohen, robbing him of any Twitter goodwill he’d built up before now.

Amongst others, Barstool Sports founder Dave Portnoy came for Cohen on Twitter, calling him out for his part in the pushback.

Cohen tweeted out, “Rough crowd on Twitter tonight. Hey stock jockeys keep bringing it.” Portnoy followed that up by calling out Cohen again over his involvement, demanding “Prison or bust.” In a response tweet that no longer exists, Cohen responded by saying “Hey Dave, What’s your beef with me. I’m just trying to make a living just like you. Happy to take this offline.”

At which point, Portnoy responded by saying “I don’t do offline. That’s where shady shit happens. You bailed out Melvin cause he’s you’re boy along with Citadel. I think you had strong hand in todays criminal events to save hedge funds at the cost of ordinary people. Do you unequivocally deny that?”

Cohen denied that accusation, saying “If I want to make an additional investment with somebody that is my right if it’s in the best interest of my investors.”

They two went back and forth a few more times and, unlike so many other Barstool interactions, this one actually ended with a modicum of positive movement, with Portnoy noting that at least Cohen was responding.

At least you are speaking and trying to answer. That is appreciated. https://t.co/AGlTx6UwI6

Not everyone was on board with Cohen’s explanations, however. WFAN host Boomer Esiason ripped into the new Mets owner, saying he disagreed with Cohen’s tweets and that he refuses to attend a Mets game until “I find out exactly what’s going on here.”

“Steve Cohen also sent [a tweet] out (Thursday) that I didn’t like, in regards to David Portnoy, saying ‘I’m just trying to make a living, just like you,’” Esiason said. “Hey, I don’t want to hear that from you, you know what I mean? You hedge fund billionaire. Just keep your mouth shut.

“The other thing is, he also put out another one: ‘Hey stock jockeys, keep bringing it.’ So he’s discounting the Reddit WallStreetBets people as ‘stock jockeys’ and taking shots at them like he knows what’s going on because he’s sitting in this hedge fund king chair making all these decisions. I hate that. That’s why, I told you this morning when I came in, I said, ‘You know what? I swear to God, I’m not going to go to another Met game until I find out exactly what’s going on here.’ This actually makes me sick to my stomach.”

Esiason also added that this is what might be seen as the inevitable downfall of any owner who puts themselves out on Twitter, making an informal agreement with fans to be publicly accountable at all times. It’s a situation that usually backfires in the end.

“This is why, when you own a baseball team and you want to start tweeting like you’re the big fan that you are, you start putting yourself in these situations, it just doesn’t feel right.”

Perhaps Cohen got that memo because, on Friday, he deactivated his Twitterfeed. 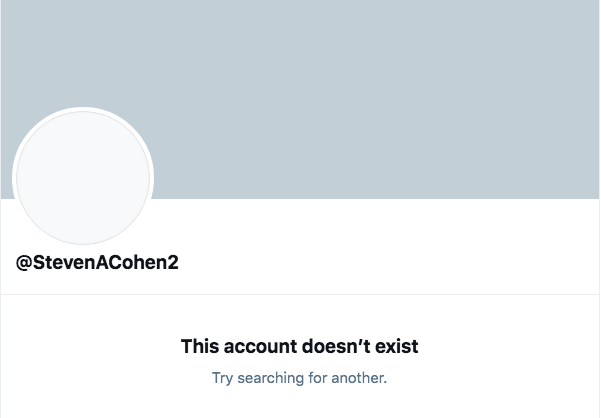 On Saturday, he released a statement explaining that “misinformation” and “personal threats” were the reason for the deletion. It also doesn’t sound like this move isn’t temporary.

“I’ve really enjoyed the back and forth with Mets fans on Twitter which was unfortunately overtaken this week by misinformation unrelated to the Mets that led to our family getting personal threats. So I’m going to take a break for now. We have other ways to listen to your suggestions and remain committed to doing that. I love our team, this community, and our fans, who are the best in baseball. Bottom line is that this week’s events in no way affect our resources and drive to put a championship team on the field.”

Meanwhile, though Portnoy might have acknowledged some appreciation for the way Cohen responded to him, the Barstool stance on the Mets owner still does not appear to be a positive one.

World Renowned Scumbag Who Built His Life On Lying, Cheating, And Stealing From The Common Man Has Deleted His Twitter. Hopefully Jail Is Next. Fuck Steve Cohen. https://t.co/JCgmqqVQ5K. pic.twitter.com/2MtUhziANC

That’s a sentiment shared by many at the moment.