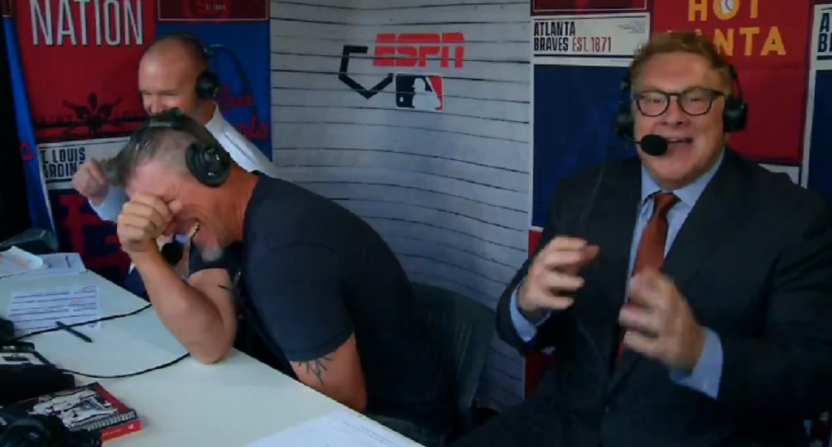 Before Jon “Boog” Sciambi was a baseball play-by-play announcer for ESPN, he was the play-by-play voice of the Atlanta Braves on SportSouth and FSN South (from 2007-09).

And before a Braves-Padres game in San Diego in 2009, Sciambi spoke with Chipper Jones, Atlanta’s third baseman at the time. Jones was going through a bit of a slump at the plate, and Sciambi noticed that the star was swinging at the first pitch frequently, while not seeing many strikes while doing so. So, Sciambi pointed this tendency out to Jones, and asked Jones why he’s doing this. Jones explained that he thought it may be the only time he’d see a fastball in the at-bat, so he liked attacking the first pitch.

Well, Jones actually took Sciambi’s advice for that Braves-Padres game- yes, a Hall of Famer took hitting advice from a play-by-play guy. And on the first pitch, San Diego’s Tim Stauffer threw a fastball that Jones took for a strike. Jones immediately looked up at the at the booth with a stare of anger at Sciambi.

During Wednesday night’s Braves-Cardinals game in Atlanta, Jones joined Sciambi in the booth and they recalled this great story. It was funny enough to hear the story and watch them laugh about it, but it was even better with video evidence of the moment provided by ESPN to show that the disgusted stare from Jones to the booth really did happen:

Here's the Chipper/Boog story in all its glory. Great work by the production crew to have the video ready. pic.twitter.com/lt0IAuoaqZ 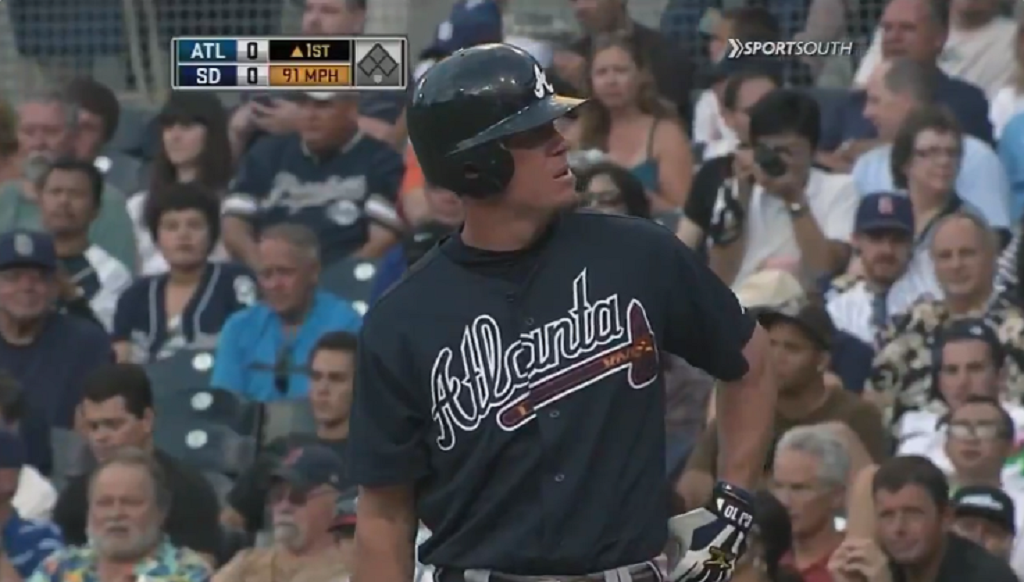 Amazing. And excellent work by the ESPN production crew to dig up that video.