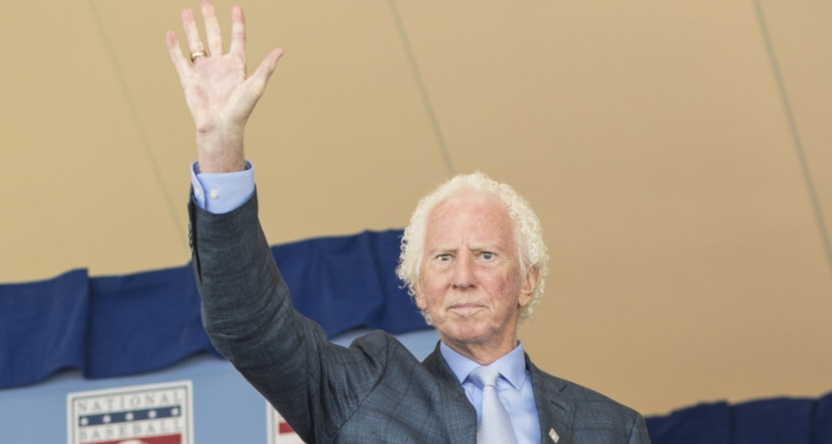 Don Sutton, the Hall of Fame pitcher who also spent decades as a broadcaster with the Braves, Nationals and Dodgers, has passed away at 75. His son Daron, also a broadcaster, tweeted that news Tuesday:

Saddened to share that my dad passed away in his sleep last night. He worked as hard as anyone I’ve ever known and he treated those he encountered with great respect…and he took me to work a lot. For all these things, I am very grateful. Rest In Peace. pic.twitter.com/cvlDRRdVXa

Sutton posted a 324–256 record with a 3.24 ERA from 1966-88 with the Dodgers, Astros, Brewers, A’s, and Angels, earning four All-Star selections along the way. He was inducted into the Baseball Hall of Fame in 1998. He did some broadcasting work for NBC’s postseason coverage while still playing (particularly in 1979, 1983 and 1987), then started his full-time broadcasting career in 1989, working both Dodgers’ telecasts on Z Channel and Braves’ telecasts on TBS. He headed to TBS’ Braves coverage full-time the next year and worked there through 2006, even through a battle with kidney cancer in 2002 and 2003.

Sutton then headed to MASN’s Nationals coverage for 2007 and 2008 before rejoining the Braves as a radio broadcaster in 2009, and he was a regular presence there for more than a decade, but missed all of 2019 thanks to a broken femur. And while the team (which inducted Sutton into their Hall of Fame as a broadcaster in 2015) said in January 2020 there was “an open door” for Sutton to return for selected games if health permitted, the pandemic derailed those plans.

Sutton had a remarkable life in baseball as both a player and a broadcaster. It’s certainly notable to see someone inducted into the sport-wide Hall of Fame for their work as a player and then inducted into a team Hall of Fame for their work as a broadcaster. He was only the fourth broadcaster the Braves honored that way (following Ernie Johnson, Skip Caray, and Pete Van Wieren), and he’ll be missed by many baseball fans in Atlanta and beyond. Our thoughts go out to his family.