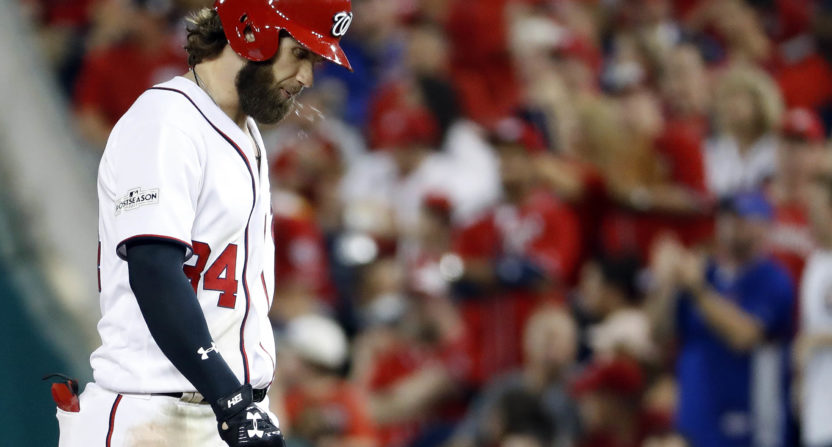 In a completely unsurprising decision, The Athletic is expanding its MLB coverage – again. On Tuesday, the growing online empire added former SI MLB editor Emma Span and long-time ESPN MLB reporter Jayson Stark to its ranks while also expanding the role of current author/former FanGraphs writer Eno Sarris. On Monday, the site announced the hiring of even more MLB beat writers and the launching of more city-specific verticals (though a bunch of them are baseball-only).

In Ken Rosenthal’s column announcing the hires of Span and Stark, he noted that The Athletic now had regular beat coverage of 20 of the 30 MLB teams. That got me wondering – which teams don’t have a beat writer assigned to them yet? Doing a slight bit of thinking, I managed to discover the ten teams, revealing a shocking lack of east coast bias.

Six of those ten teams are in the East division in their respective league. The only teams in the East with coverage are the Blue Jays, Mets, Phillies, and Yankees.

The biggest surprise of these ten teams is probably the Red Sox, due to the size of the Boston market and the voracity of which its fans consume content. I would assume the success of Greg Bedard’s Boston Sports Journal, and the fact that Boston is a four team sports city that needs to be thoroughly covered, is slowing The Athletic’s roll into Massachusetts.

The same is likely also true for the Baltimore/DC market, which has two MLB teams, two NFL teams, an NBA team, and an NHL team. Similarly, Denver and Miami are also four team markets, while Atlanta, Milwaukee, and Tampa Bay all have three pro teams (giving some leeway for the Packers), and Kansas City and Seattle each have two pro teams (with each city missing the NBA and NHL).

However, that didn’t stop The Athletic from rolling out “baseball-only” coverage in Houston, Los Angeles, and Phoenix, which all have multiple pro teams.

The success of the teams without coverage in 2017 (and as projected for 2018) could also be a factor. Of the ten teams without a beat writers, only three (Nationals, Red Sox, Rockies) made the playoffs last season, and six of the ten finished under .500. In 2018, per Fangraphs’ projections, only the Nationals and Red Sox are listed with a better than .500 record of the ten beat writer-less teams. Baseball Prospectus’ projections are more friendly to same of those teams, but still has five of the ten finishing under .500.

In short, only one of these ten teams surprises me for its lack of a beat writer, and that’s the Boston Red Sox. But I wouldn’t be surprised if in the next few weeks, The Athletic announced plans for The Athletic Boston and The Athletic DMV, eliminating a couple of holes from its coverage and adding new markets to their portfolio. It’s just a wonder that hasn’t happened yet, especially given the success of Boston and DC teams this winter.