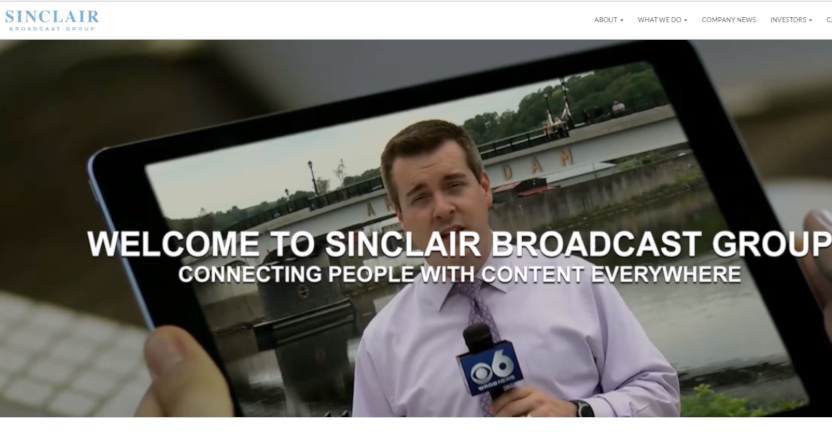 It looks like the long saga of the auction for the former Fox regional sports networks is over, and that the winner is a company that only reemerged as a reported bidder at the last minute. That would be Sinclair Broadcast Group, the largest TV station operator in the U.S. (with 193 stations), the owner of Tennis Channel and Stadium, and the group that plans to launch the “Marquee” RSN with the Chicago Cubs next year. Sinclair did offer bids in the first and second rounds of bidding, but in February, CNBC reported that they and Apollo Global “were out of the process, though Sinclair may seek to join another bid.”

However, Sinclair then came back in in the final round of bidding, alongside a combined Liberty Media–MLB bid and a debt-laden “for the culture” BIG3 bid. And they’ve now apparently won (with help from former bidders Blackstone and Apollo, both private equity firms), as per Charles Gasparino of Fox Business:

SCOOP: Sources say @Disney has reached a “handshake agreement” with @WeAreSinclair over Fox RSN purchase; deal being finalized; Sinclair has said it will pay up to $10b for 21 Fox RSNs if another bidder doesnt emerge. minority partners include @blackstone more now @FoxBusiness

interesting side note to the @Disney – @WeAreSinclair NEAR deal for the Fox Regional Sports Networks: Main equity partners for Sinclair will be @blackstone and Apollo; @amazon — despite reports–only expressed possible interest once the deal is done. more coming via @FoxBusiness

Presuming this deal goes through (if the other groups involved don’t up their own offers) and doesn’t draw opposition from regulators (it could, as it gives Sinclair even more concentration in a lot of markets, and it’s notable that regulation and a veto from the FCC last summer eventually killed Sinclair’s attempt to merge with Tribune to gain even more local stations), this puts Sinclair in quite a prominent position on the sports side. They now have the 21 Fox RSNs, plus the upcoming Marquee RSN with the Cubs, and they have a minority stake in YES (which was sold separately back to the Yankees for about $3.5 billion; Sinclair teamed up with the Yankees, Amazon and others there). That’s a whole lot of local sports in many areas.

Plus, Sinclair’s ownership of Stadium and local stations gives them some potential synergies with these RSNs. They could conceivably have Stadium talent or programming appear on the RSNs, especially when there aren’t live games, and they might be able to work in some content and talent from their local stations too. And the local stations in particular may give them some useful leverage when negotiating carriage deals for the RSNs. Sinclair’s now an even more powerful player on the sports scene, and given that they’ve been a controversial company on other fronts, it will be interesting to see if any of those controversies pop up with their sports coverage.

It’s also notable that the price here is only “up to $10 billion,” as that’s the number that’s been mentioned for many of these bids over the past few months, and a number that’s way below the $20-22 billion initial estimates of the value of the RSNs. (Of course, those estimates included YES, So this is a significant loss for Disney; not only do they not get the RSNs themselves, but they don’t get near the value they paid Fox for them. But that was the price of getting the Department of Justice to sign off on the overall Disney-Fox deal, and the $10 billion number for the non-YES networks had been estimated for the last few months, so this isn’t a huge surprise there.

Overall, it’s definitely interesting that Sinclair prevailed in the end, especially considering that they were largely seen as out of the bidding for most of the last two months. For a long while, the Liberty Media bid looked to have the edge, especially with other team owners joining them, with MLB’s bid maybe in second place. And the combining of those two bids seemed to provide a further edge there. But it looks like Sinclair prevailed in the end, bringing this chapter of the long-running RSN saga to a conclusion.