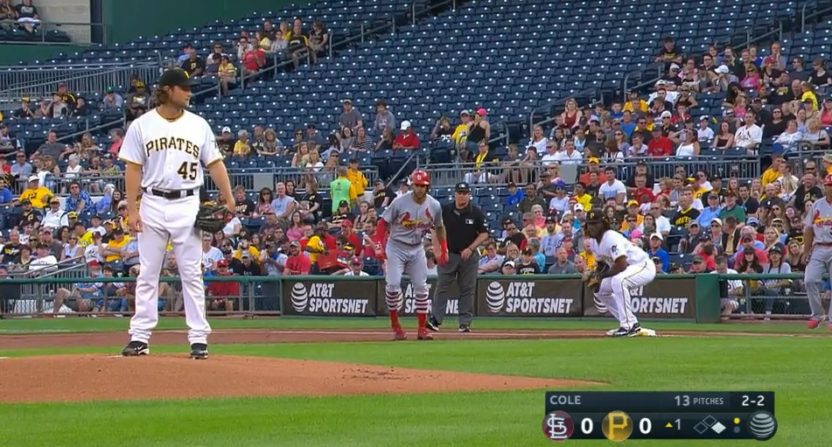 Last month, Root Sports announced that following the MLB All-Star Break in July, its networks would be rebranded as AT&T Sports Net. Well, Friday night was the first evening of games following the All-Star Break, and the rebrand was completed for the three networks that air MLB games (Pittsburgh, Houston, and Rocky Mountain), while Root Sports Northwest kept its name but took on the same graphics package as the other ex-Root affiliates.

With the rebrand came new graphics, and with new graphics came one of our favorite things to monitor – a new scorebug for all of the AT&T Sports Networks (and Root Sports Northwest).

And I have to say, the new scorebug is not exactly an improvement. 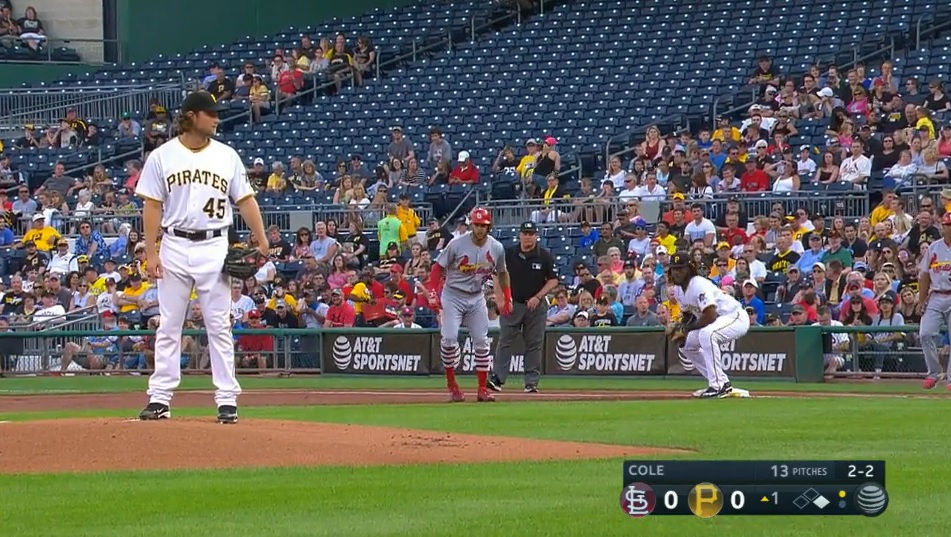 The new graphic is far too wide and seeps into the field of play a bit too much. And the networks are adding a variety of player and game specific graphics on top of the bug, extending it even more. 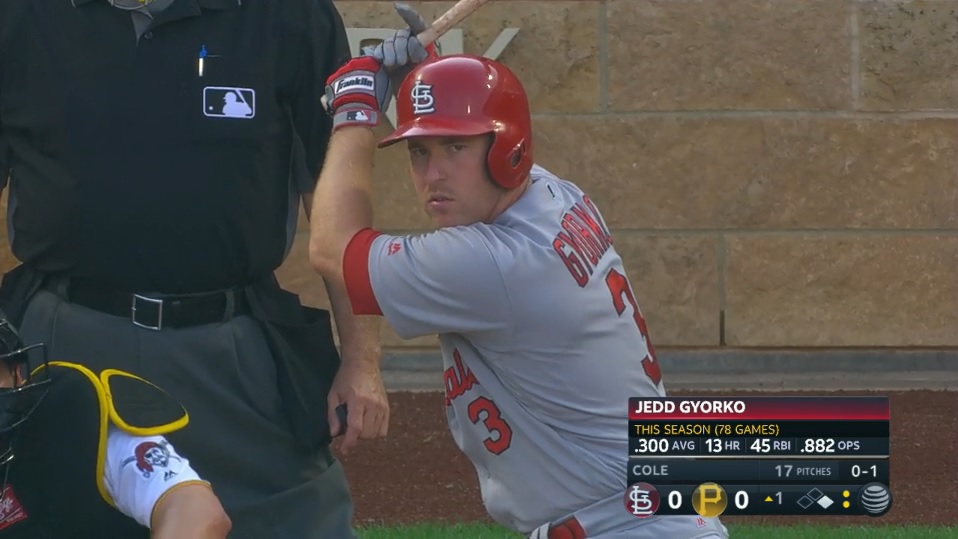 It’s even more ridiculous when the broadcast decides to show the strikezone plot during the middle of an at bat. 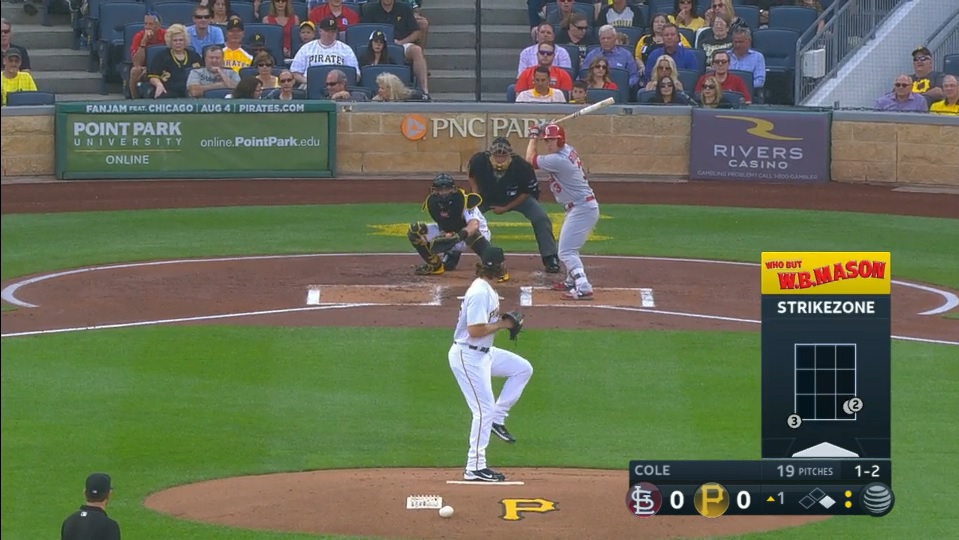 That’s more than a bit overwhelming.

For reference, here is how the graphics looked on Root Sports a week ago. 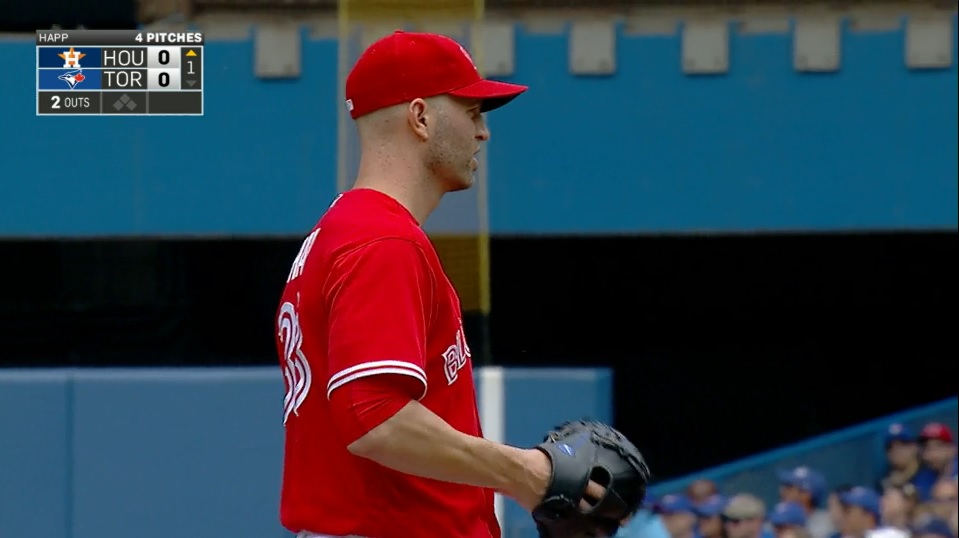 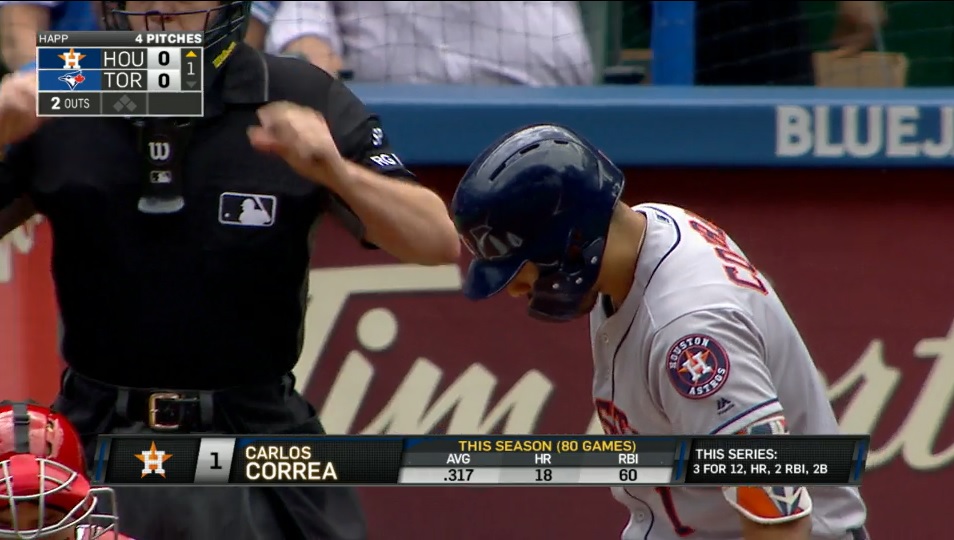 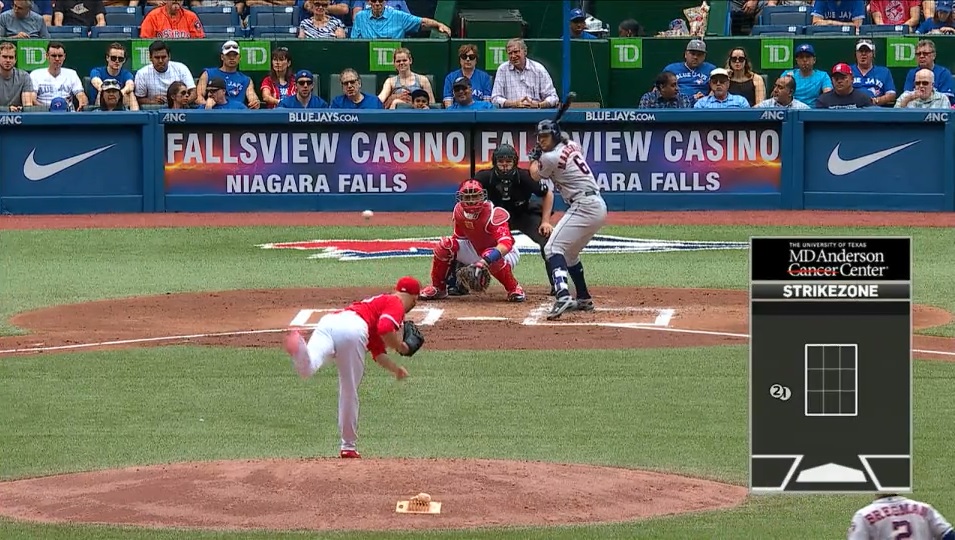 Alright, so the strikezone plot appears to be the same size, just shifted further up the screen. Because that’s such a great idea…

I also mentioned that Root Sports Northwest didn’t rebrand, but did implement the new graphics package. The Seattle Mariners broadcast on Friday night looked pretty similar to the Pirates, Astros, and Rockies telecasts, though the AT&T logo in the scorebug was replaced with a capital R. 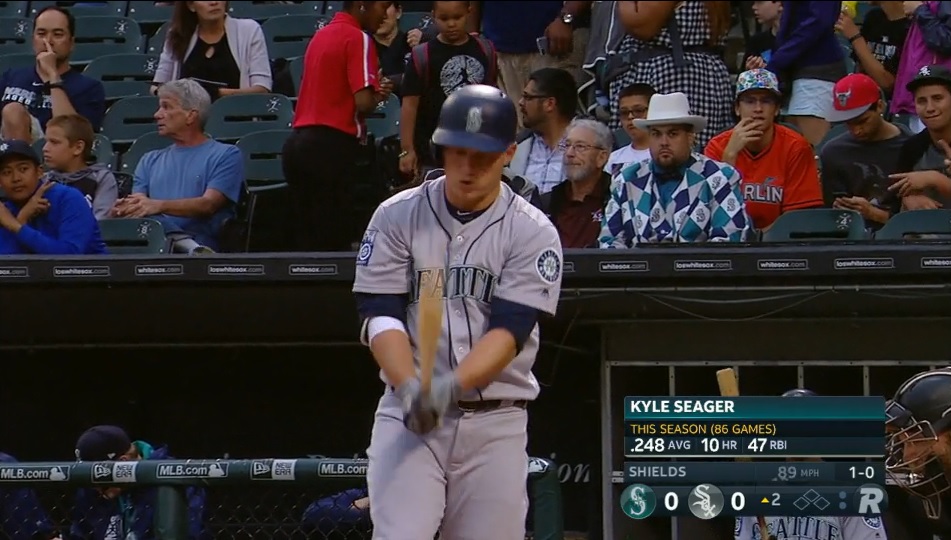 All in all, this doesn’t seem like an improvement at all. Yes, the scorebug is cleaner, but it’s so much larger and in a less ideal spot of the screen.

Now I’m curious as to whether or not Fox rolls out a new graphics package this fall during the MLB Postseason. It seems like it’s been awhile since they’ve made a drastic change, and while I don’t think that they necessarily *need* to, it wouldn’t surprise me if something new is in the works for the playoffs and the 2018 season.