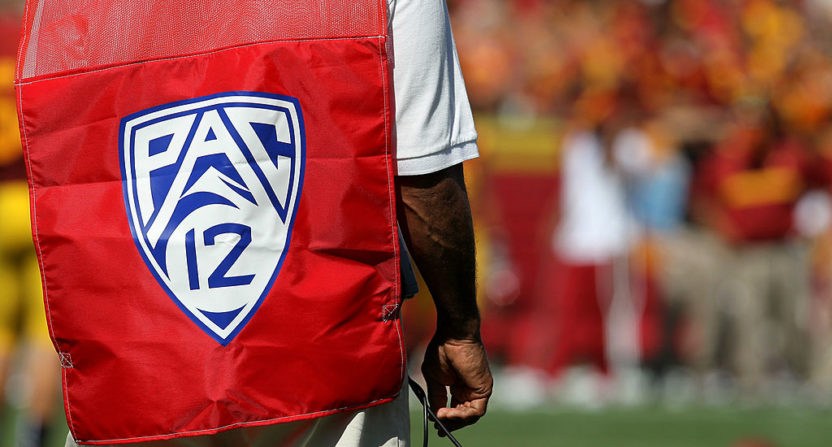 It’s the best time of year, and my favorite combination: Fall and Football. As a veteran tailgater, college football on Saturdays and NFL on Sundays make my social life viable for at least a few months out of the year. Key word: tailgater. I love the prep, but would rather sit on my couch and watch the games from home. Adulting is tough; tailgating at 7:00 am for a Browns game (because you know we don’t play at any other time besides 1:00 pm on a Sunday), I’m ready for bed and the work week by the time halftime rolls around.

This goes for most sports for me in general; after client entertaining at hundreds of MLB, NFL, NBA, NHL, NCAA games for six years (cue the violins), watching from home now wins pretty much every time. My support these days comes from the ratings, rather than in person.

And ratings, yes, still mean something. Quite a bit. To networks, teams and advertisers. The best ratings? Regional Sports Networks. Outside of the biggest national events, RSNs take the cake. We love our local sports teams, and they are the golden child on the lineup with the most revenue intake.

The cable bundle has used RSNs to stay the most viable form of profit. With conferences and teams taking notice of this over the years, they’ve wanted to get in the game themselves. Some have done it successfully, while others have fallen completely flat. So what makes these RSNs thrive or dive?

Let’s talk ownership first. In 2006, the Dolan family in Cleveland did something pretty risky — they took the Cleveland Indians off of SportsChannel Ohio (now Fox Sports Ohio) and decided to start their own network, SportsTime Ohio. With the only viable product on the air for realistically seven months or so, turning a real profit was deemed very tough. But with subscriber fees and a major local fan base to drive the viewing, it was a sustainable move.

Today, that move would have probably failed. It’s risks like this that ownership groups have done thinking they can run it better than a network. Today? SportsTime Ohio is now owned by Fox Entertainment Group, one of its many regional sports networks owned by the media giant. They saw the sign, for my fellow Ace of Base fans.

The model seems relatively easy. Charge a rate per household (per subscriber) and try to lock in long-term deals with providers in the coverage area. Not to mention, sealing a long-term deal with the team for the product. Take the Spectrum Sports/LA Lakers deal, for example. In 2011, it was signed for $4 billion over 20 years. Then in 2012, Time Warner/Spectrum signed a deal with the Los Angeles Dodgers for $8.35 billion, starting a separate channel aptly named SportsNet LA.

Instead of adding the Dodgers to Spectrum SportsNet and increasing the sub fee, they created a separate channel, getting double the sub fees. The result? Providers refusing to pay that high of a fee for two separate channels they used to get the same programming on. It’s this idea that the providers will pay whatever price per sub because of the product. Monumental deals are signed with teams, players, etc and the old reliable idea that the money will be made up with subscriber fees. Not the case anymore.

One of the biggest reasons these stand-alone networks fail is leverage. When you only have one product to offer on one channel, that’s the only bargaining chip. When you have multiple networks to negotiate, you have more options, and the providers have more to lose. I had such an upper hand in negotiations. Working for one of the largest media companies in the world with some of the best product on film and television, I dictated how these discussions would lapse and eventually end in my favor.

Can’t give them a break on rate on one channel? I had room to move on another in price. Can’t launch a second tier network until next year? I’ll give you another six months to prepare to make that change. Dropping a network? Then I’m jacking up the rate on the one you do want to carry to make up for that lost revenue.

The best thing that conferences and professional sports teams can do is partner with major media companies. With part or even half ownership in conference cases, they are still reaping the benefits, getting paid back millions of dollars to the schools (which help pay for those lucrative coaching salaries).

When they try go to rogue? Major failure. Take Pac-12 Network, for instance. It is still non-existent on DirecTV. There was a great article written by Jon Wilner of The Mercury News detailing the behind the scenes of what made it all fall apart, including an interview with Derek Chang, former EVP for Content Strategy for DirecTV prior to the launch of Pac-12 Network back in 2011. It was fascinating to me that these conversations were brought public, because we usually only see deals get completed or go into an all-out war. Details are never brought to light.

He detailed the initial conversations Pac-12 had with ESPN and FOX at the time and the decision to separate “Tier 1” and “Tier 2” product, similar to the way BTN was created. They did a $3 billion partnership with ESPN and FOX for the top matchups and the rest, “Tier 2” product, would make up the Pac-12 Network. Besides already paying for Pac-12 content like Chang mentions in his article with the Tier 1 product, the sub rate on secondary matchups don’t reflect the per sub fee. DirecTV decided they weren’t the launch partner at this point for PAC-12.

What BTN did right in its initial launch that Pac-12 didn’t was secure was exclusivity of the number of games from the biggest teams, like Ohio State University. It may not have been the biggest matchup, Ohio State vs Youngstown State, but that was only channel to watch the Buckeyes on. What FOX/BTN did even better? Went after the latest Big Ten Conference deal this year, splitting it with ESPN. FOX now has selection preference over ESPN, including the Big Ten Championship game, and the ability to move product between FOX and FS1. (Again, leverage).

With this deal locked in for the next six years, there’s no risk in not signing a longer-term deal if you’re a provider. I’d get that question a lot; how long are your deals with these teams/conferences as opposed to the term of the deal you’re proposing? It’s a valid point, and it’s why ESPN/FOX have been so successful with maintaining their deals with providers.

You can’t get a viable channel lineup without sports on it anymore. Networks won’t allow it. There’s penetration percentages that have to be met, meaning the channel has to reach a certain amount of homes. When BTN launched, it was required to be on the highest penetrated tier in all core Big Ten Conference states.

Location is also how pricing for a network is decided, with the radius from the arena/stadium. The closer you are to the team, the higher rate you pay. The further out, the less. And the amount of professional product that’s allowed in different parts of the viewing area, depending on league and team territories, was price-based. I’d get into debates with providers who happened to have a system in an area that got all the professional product offered, but their fan base was so mixed or butted up against another RSN with different product. They were stuck with having to pay the highest fee or drop.

Another tactic? Trying to secure a MFN, known as a Most Favored Nation clause. Basically, one that is signed with one provider, that means no other provider can get a better rate than that. Guess who asks for this? Every provider almost. With the PAC-12 deal, Chang notes their MFN with Time Warner made it impossible for them to get on board. This can get messy. You don’t want to give an MFN, or a better rate even, to a provider with a less sub base than another. These clauses are rarely ever disclosed publicly if they are in place, as it can hinder negotiations, as we’ve seen.

With the way content is consumed today, going it alone is no longer a feasible option. That’s why mergers are happening across the media business with both media corporations and providers. To be the biggest player, you’ve got to have a lot of cards in your deck to deal. As we’ve seen, it’s not worth the gamble.