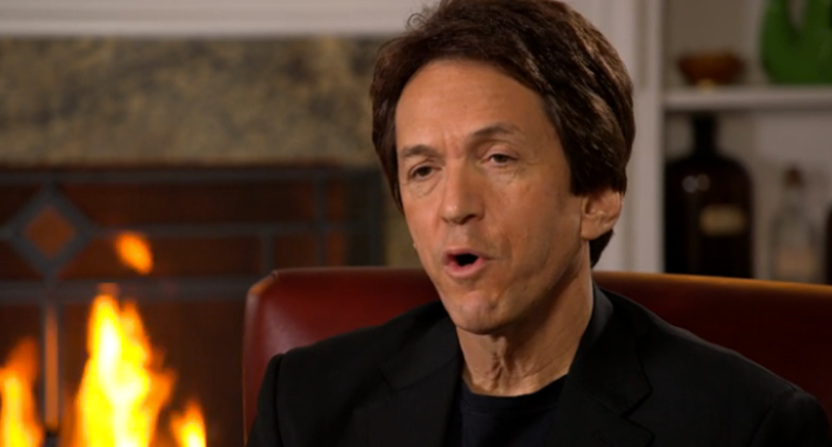 Filling a column with hackneyed jokes about gender identity, biological parents and more reasons college has “changed since 50 years ago” doesn’t seem like the smartest move, but apparently no one told Mitch Albom that. Albom, the long-time Detroit Free Press columnist (where he’s previously gotten in trouble for fabricating a story about players attending a game as well as self-plagiarism), decided to write a column along those lines this week, and it’s so, so bad. Let’s start with the gender identity and biological parenting jokes:

OLD: “We drove our son to college today. What a proud moment. He was a little embarrassed by Mom and Dad coming up to his room, but we promised not to make any ‘square’ jokes. We unpacked his trunk and Mom helped organize his drawers. We met his roommate, who seemed nice. His name is Scott.”

NEW: “We drove our young prince to college today. What a proud moment. He was embarrassed by having his mom and step-dad and dad and former step-mom and dad’s current girlfriend all coming up to his room, so we had to watch from a distance. We saw him hook up his cable TV and his Xbox, then assemble his IKEA furniture. We also met his roommate, who seemed nice. Her name is X. And we are not supposed to use the word ‘her.’ ”

Oh, but there’s more. How about some “jokes” about safe spaces?

“After helping our son hang his flat screen and surround-sound speakers, we went for a walk around campus. We saw the 24-hour state-of-the-art exercise facility and the 24-hour Apple computer labs. He showed us the ‘safe spaces’ where no offensive words can be used, and the ‘healing spaces’ where you can go if you were accidentally exposed to an offensive sentence. There were seven cafeterias to pick from, so we chose the non-GMO, gluten-free, nut-free, dairy-free, vegan facility, which made our young person very happy. His nonbiological father took him aside and said, ‘Listen, friend, we know the drinking age is 21, but since you’re 18, please go easy on the beer. You don’t want to pass out in a hot tub and have it uploaded to YouTube.’ ”

Or sex? Apparently, that’s a thing kids are having these days, and that’s bad:

We wanted to have ‘the talk’ with our child, after he told us the hookup rate at his school was one of the highest in the nation. We toured the nearby Planned Parenthood office and the sexually transmitted disease clinic. His step-dad gave him a box of condoms, as did his mother. We were happy that his biological father reminded him that tuition, with room and board, was $70,000 a year. So it would be good if he studied once in a while.

Let’s check in on how this went over:

This is the worst story ever written. I devoured every word. I wish it was longer. https://t.co/R5Q3GL9e7h

WATCH IN AWE AS MITCH ALBOM TRANSFORMS INTO BILL OREILLY BEFORE YOUR VERY EYEShttps://t.co/5KKIbVvc3J

If anyone at the Detroit Free Press knows Mitch Albom's salary, please email me. pic.twitter.com/QB8U1OGCCZ

This new Mitch Albom is the most Old Man Yells At Cloud shit ever. They only keep publishing these bc it's such a perfect self own, right? pic.twitter.com/YUudugVo0R

Yeah, that’s not great. And it’s worse than some of Albom’s other recent dreck, including his 2014 column complaining about sports having negative stories. It’s unclear what the benefit to the Free Press in continually publishing Albom’s “kids these days” rants is, apart from the hate-clicks. And beyond even the offensive comments here, this is just painfully bad writing. It’s certainly not winning Albom, or the paper, many fans.