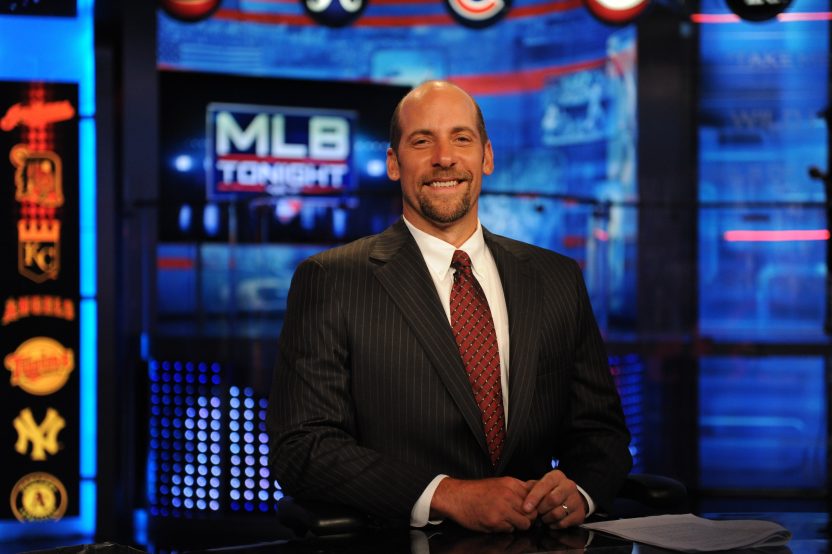 Last summer, we discussed how John Smoltz was no longer working in-studio for MLB Network thanks to his decision not to get vaccinated against COVID-19. Smoltz continued to work for Fox Sports despite that, including calling the World Series, and he made some remote MLB Network appearances as well. But, as per Andrew Marchand of The New York Post, MLB Network did not renew Smoltz’s contract in the offseason, and he’s no longer with them. Despite that, though, a MLB Network spokesperson left the door open for a return in comments to Marchand:

John Smoltz is no longer on MLB Network after a vaccination policy took effect last fall.

In September, MLBN instituted a policy in which everyone in its Secaucus studio had to be vaccinated. Smoltz declined and was no longer on set.

Now, he is not on MLB Network at all after his contract expired. Sources have said that Smoltz has no plans on returning to MLBN.

He did not return several messages seeking comment and official confirmation of his intentions.

As Marchand notes, this does not impact Smoltz’s status with Fox, where he’ll continue to be the No. 1 MLB on Fox analyst (now alongside Joe Davis instead of Joe Buck). However, Smoltz (seen above on MLBN in 2014) will be limited in what he can do with Fox. He’ll be allowed in the broadcast booth without a mask, but MLB’s current media policies prohibit unvaccinated media members from entering restricted areas like clubhouses, so he’ll have to do interviews with players and managers over Zoom.

It’s notable that all of this could shift, though, and that includes MLBN’s own policies. With governmental COVID restrictions loosening in much of the U.S. (despite wastewater evidence suggesting levels of the disease are still high in much of the country), the network may eventually wind up amongst the private employers who also choose to loosen restrictions. So that perhaps explains the “we continue to talk with him” comment; it seems unlikely Smoltz will choose to get vaccinated at this late date, but perhaps MLBN will no longer require that at some point.

It’s interesting that last summer’s discussions around Smoltz being prohibited from in-studio MLBN work also mentioned fellow analyst Al Leiter, who also chose not to get vaccinated as of that time. Unlike Smoltz, Leiter has been prominently mentioned in MLBN’s coverage plans this year, most notably as a MLB Tonight contributor. It’s unclear if he’s appearing in studio or not (and if not, that might just be a reflection of his contract being up at a different time than Smoltz’s). But it is notable that he’s still with the network while Smoltz is not.

The other notable figure to mention here is YES’ Paul O’Neill. In fact, the focus of Marchand’s column here is on O’Neill, a YES analyst since 2002. O’Neill has been broadcasting remotely for YES from a studio in his Ohio home since 2020 over pandemic requirements, but it became particularly notable this year that he wasn’t at games alongside Michael Kay and David Cone. Marchand’s piece had this to say on O’Neill:

YES officially said O’Neill’s work-from-home setup was because the Yankees legend had “family issues,” which leads to the question: If that is the full reason for O’Neill not traveling to The Bronx, then why did YES have him broadcast at all?

The larger issue involves O’Neill’s COVID-19 vaccine status. O’Neill is not vaccinated, according to sources.

There are a lot of remote broadcasting setups remaining throughout baseball, and they’re not all about vaccination issues. In some cases, as with the San Francisco Giants’ NBC Sports Bay Area broadcasts, some of their road games will be called remotely from their home stadium by Mike Krukow and Duane Kuiper thanks to the health issues those broadcasters are facing. But the combination of some broadcasters in stadium and some contributing remotely is a challenging one, as we’ve seen throughout the pandemic.

With Smoltz in particular, it’s interesting that one of his previous baseball jobs is fine with him being unvaccinated, while another one is not. And this is not necessarily about Fox corporate being more laissez-faire in general; in December, they announced a vaccine mandate for all of their New York City-based workers. But Fox Sports appears fine with Smoltz’s vaccination status, while MLBN is not (at least at the moment). It will be interesting to see if that continues and if we have in fact seen the last of Smoltz on MLBN, or if the “we continue to talk with him about returning this season” comment will pay off.