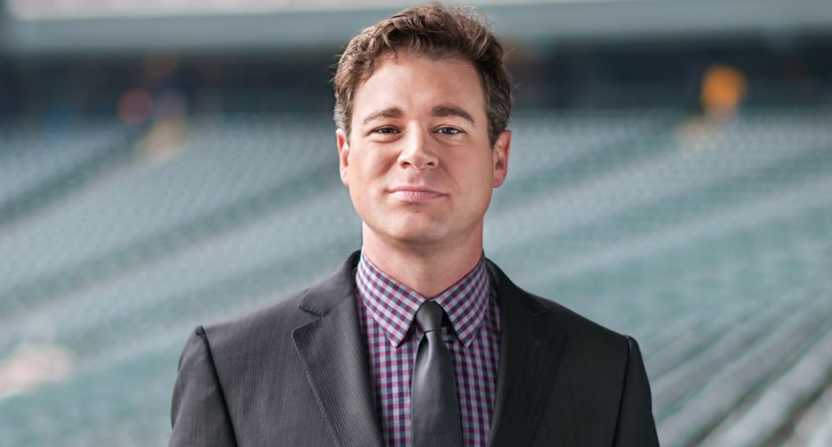 The list of criminal charges against sportswriter and author Jonah Keri has grown. Back in July, Keri (then primarily with The Athletic; he’d previously worked for a variety of other outlets, and had written two baseball books) was arrested at his Montreal-area home. At that time, there were four charges laid against Keri, including three counts of assault causing bodily harm and uttering death threats, with those charges reflecting alleged attacks against his wife in July 2018, May 2019, and July 2019.

Keri was released on bail then, but the Athletic and DraftKings both suspended him, and Sportsnet announced they would no longer be using his services pending further investigation. He was arrested again late last month on a charge of breaking his release conditions with a call to his wife. His lawyer claimed that call was an accidental pocket dial, and Keri was then released again on further conditions. But this week saw him arrested again Tuesday and facing new charges of assaulting his wife and a minor, although they appear to relate to incidents from before his first arrest.

Here’s more from Jesse Feith of The Montreal Gazette:

Jonah Keri has been arrested again, this time on new charges alleging he assaulted his wife and a minor.

Keri, 45, was arrested in Montreal on Tuesday and detained overnight. He appeared at the courthouse Wednesday and was released on bail.

…In all, Keri faces eight new charges. They include assault with a weapon, assault causing bodily harm, criminal harassment and uttering threats. His wife is the complainant in each of the charges not related to the minor.

…“The new files concern charges that should have been laid a long time ago,” said defence lawyer Jeffrey Boro. “There is nothing new that has transpired since my client’s release.”

Boro said Keri turned himself in to police on Tuesday. An arrest warrant had been issued in late November.

Keri was released on a $1,000 (Canadian) bond with conditions involving living with his parents, abiding by a 10 p.m. to 7 a.m. curfew, and not communicating with or being within 200 meters of the alleged victims. His next court date is in mid-January.