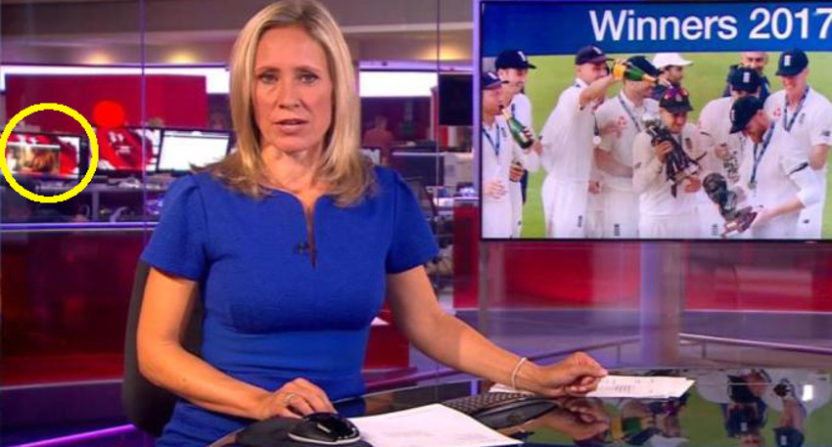 A zoomed-in version (NSFW) does confirm this was full topless nudity. So, yeah, that’s not exactly what you want to be watching on a monitor that’s visible on-screen. It may have been more interesting for some viewers than the cricket story, though. That brings up memories of a great Monty Python sketch, where Match of the Day proved anything but, seen in two parts below (no nudity, but still possibly NSFW):

The BBC is reportedly investigating the situation. (That’s from a Times of London article, with the superb headline “Nudes at Ten.”) Meanwhile, BBC reporter Dan Johnson had a great response to this:

I would like to point out my desk is at the opposite side of the newsroom https://t.co/G4wHNz3FK6