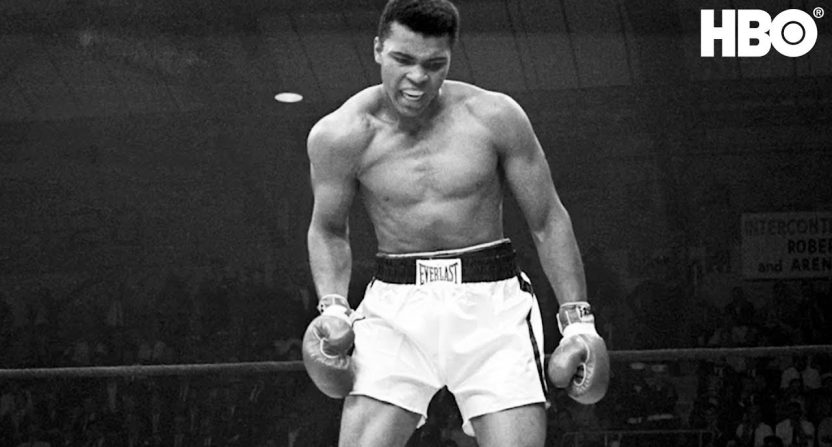 After the success ESPN had with their eight-hour OJ Simpson documentary a few years ago, I asked some documentary filmmakers if they thought another outlet could attempt to make a sports documentary with that type of ambition and what the focus of a potential documentary would be. The answers that came back most often were HBO and Muhammad Ali. A few years later, and while we’re not getting eight hours on Ali, HBO has blessed with close to three high quality hours broken up into two nearly 90 minute halves.

Ali is a familiar subject for HBO. The network released a stellar documentary on the Thrilla in Manilla over a decade ago, and a few years ago, they released a docudrama about Ali’s Supreme Court case. Ali’s story is so complex that any director needs an extended amount of time to adequately cover all the basics, which is why we have a nearly a dozen films on Ali that all have a very narrow focus. There just hasn’t been an authoritative attempt to give Ali’s life the film treatment that so many would like to digest, and it just can’t be done in a normal length film.

What’s My Name: Muhammad Ali attempts to cover Ali’s entire career and employs a few nifty tactics to condense his story into a more digestible runtime. These tactics allow the film to follow Ali’s life, but at the tradeoff of restricting viewers from getting a better glimpse at some of the most iconic moments in sports history. In an attempt to manage their expectations, viewers should go in knowing the following: 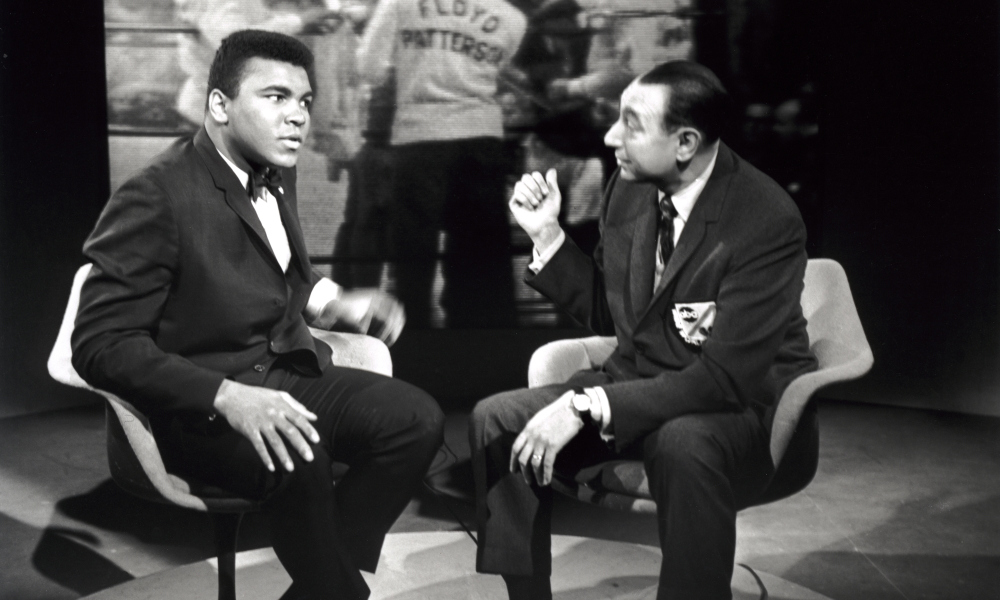 With those caveats out of the way, I think most will still enjoy the film because those tradeoffs allow for a comprehensive, yet focused, retelling of Ali’s career. The actual fight footage is quite impressive, and anchors the film to the point where viewers may end up embracing the creative decisions employed during What’s My Name.  Director Antoine Fuqua delivers the biggest dose of Ali fight footage in any film, and he does it by a wide margin. Most of Ali’s professional fights, along with some of his amateur fights (including the 1960 Olympics), are featured in the film.

Clips of fights aren’t split up by talking head interviews from boxing writers, describing what was happening. Instead, the pivotal moments of every fight are shown, with Ali himself narrating these highlights from past media appearances. Some may not appreciate the presentation of the footage, but I found myself enjoying extended clips from so many fights I was familiar with but hadn’t either ever seen much of or hadn’t watched in quite some time. Some viewers might prefer being directly told the stakes of each fight by a narrator or boxing pundit, as well as how the fight was unfolding, instead of trusting their own two eyes and Ali’s retelling. 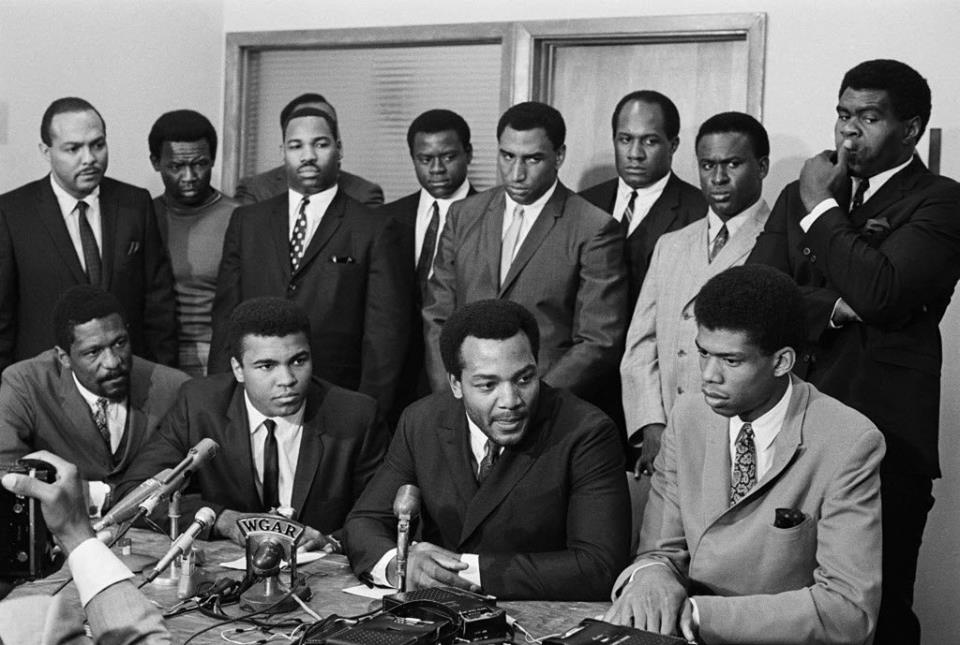 Fuqua’s decision to use media clips from throughout Ali’s life fill out most of the remaining sections of the film and Ali’s poignant and reflective words spanning decades do a pretty damn admirable job providing the necessary introspection and historical context needed for viewers to adequately understand Ali’s historic life and career. Much of this footage will be new to viewers and Ali’s accessibility with the media over the years is eye-opening. Yes, it’s not a huge deal for Ali to go on a talk show and discuss a recent and/or upcoming fight, but we’re treated to many Ali appearances that are entertaining, honest, substantive, and thought-provoking. So many of these on camera moments have aged well over time, since Ali was decades before his time in many ways and was a pioneer throughout his career in expressing himself.

Another nice touch employed by Fuqua is adding contextual visual cues throughout the film, including Ali’s record and the dates of his fights. I’ve bemoaned this before, because I’m often on my phone trying to look up stats or information about sporting events while watching a documentary that seems to be intentionally vague, with various twists and turns regarding the subject matter. This was really a nice touch, because we’re walked through Ali’s whole career without any major time jumps that could have passed over less significant fights. The film doesn’t jump back and forth in time, and we start from the beginning and retrace his career as it happened without thematic detours.  While Ali’s most well-known fights often get a second serving of fight footage and media clips during the film, you could argue that the significance of these fights are not truly brought to life in the film, since the fight footage and old news interviews just aren’t enough to properly illuminate some of the most legendary moments in all of American sports history.

Ultimately, What’s My Name will be well received because of the subject matter and how well crafted the film is. Fuqua’s creative decisions will lose viewers who were looking for something different, but who is going to say no to around three hours of Ali, half of which is fight footage? The film works with this limited scope and ambitious storytelling method, and it is a significant achievement for Fuqua, because I don’t think there are many directors who could succeed in shunning so many normal documentary staples, like narration, interviews, and sparse usage of on screen graphics and media clippings.

The film gets out of the gate quick and is pretty much on cruise control for the entire three hours, with fight footage appearing with dependable regularity like a chorus to your favorite song. Given the history of HBO and Ali, and the overall thirst for a comprehensive Ali documentary, I think many viewers may end up wanting more when the documentary ends. “More” could refer to either more runtime or more context and a broader focus on Ali’s legacy and impact on America today. While I enjoyed What’s My Name and thought Fuqua did a stellar job given the framework he implemented for Ali’s story, this felt like more of a soft rub instead of a hard scratch of an itch that I think many have when it comes to looking Ali’s life story.